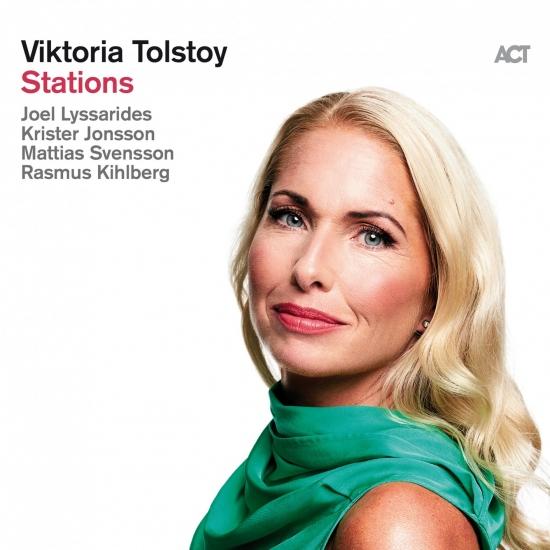 The new album by vocalist Viktoria Tolstoy is a reflection of her very own understanding of jazz - with pieces by Swedish composers on the one hand, and of American jazz and song greats on the other. The piano seat of her new band is now, after Esbjörn Svensson and Jacob Karlzon, manned by Joel Lyssarides, a rapidly rising star of the Nordic jazz piano scene.
When Viktoria Tolstoy sings, it is her personal background, the things that have made her who she is, that resonate above all. Her choice of songs is rooted in her own experience, whether it be a deep attachment to her native country ("My Swedish Heart"), the quest for her Russian heritage – she is the great-great-granddaughter of Leo Tolstoy – ("My Russian Soul"), a desire to pay an affectionate tribute to Herbie Hancock ("Letters To Herbie"), or to interpret great film songs ("Meet Me At The Movies"). These thematic threads give Viktoria Tolstoy a way of singing songs which is hers and hers alone. And her voice has something truly special and individual too: there might be a hint of melodrama, or perhaps a certain sadness which is nonetheless underpinned with joy, or happiness, yet with an urgent and dramatic undertone. This innate sense of how to establish an emotional connection also helps to explain why Tolstoy has become one of the most successful singers in jazz from Scandinavia.
Her new album “Stations" once again has its origins in her own life-story: "It's about travelling from station to station, as happens in my life as a musician,” she explains. “But it's not just about being physically on the move, it's also about how the mind travels through both space and time. There are old songs and new songs, plus originals created especially for this album and related to its theme. How the listener chooses to interpret these musical journeys is entirely up to him or her."
For the most part we find Tolstoy travelling across two continents and through two time-periods. For one of these routes, she shares the journey with fellow Scandinavians: the album sets off on its voyage energetically with "I Should Run" by Ida Sand; then follows the profoundly enigmatic title track, by Stina Nordenstam; Tolstoy then takes on Nils Eriksson's "Land Of The Humble", with lyrics by Anna Alerstedt who is a frequent collaborator. Taking the guiding idea of visiting a few cities gives scope to roam further: "The Streets Of Berlin" is based on the original song by another stalwart, Sinne Eeg. And the other route leads Tolstoy back to the standards: "They are my core," she explains. "The standards are where everything comes from. You can take excursions from them into more modern sounds," explains Tolstoy. And naturally, she also has in mind the famous interpreters of these classic songs from the past who have inspired her to venture forth on her own journey.
“The Old Country was a song I heard for the first time sung by Nancy Wilson, and I was so inspired, I've been singing it ever since. For 25 years! But because I've never recorded it before, I came to the conclusion that this particular car has now spent long enough parked in a garage, it’s time to take it out on the open road." There are other decisive moments from her life here, such as "The Great City", also made famous by Nancy Wilson, or Bob Dylan's "Million Miles" or Shirley Horn's signature song "Here's To Life". "This song is just so fantastic, it seemed to me the perfect ending, a means to come full circle so to speak. A salute to life as I live it, and to all of the "Stations" along the way."
On this album, Tolstoy also has a new travelling companion whose presence marks the continuation of another tradition in Tolstoy’s recordings, which is that she works with outstanding pianists. In the past, musicians such as Esbjörn Svensson and Jacob Karlzon have accompanied her, and on “Stations” Joel Lyssarides joins this illustrious lineage. Aged just 27, Lyssarides is already a rising star in Sweden. After his studies in jazz and classical music in Stockholm and Rome, he has worked with major figures such as Anne Sofie Von Otter, Nils Landgren, Sven Bertil Taube and Kristin Amparo. He also done arrangements for ABBA legend Benny Andersson for various big bands, choirs and string quartets. Two years ago he released a highly-acclaimed debut album combining his classical background with Swedish folk music and jazz.
"Joel is probably the biggest up-and-coming talent in Sweden right now,” says Tolstoy, “so it's great to have him on board. His 'big ears' musically make him just the right person for this project. He also makes us all feel younger. And he plays in perfect accord with my guitarist Krister Jonsson; they both leave plenty of space and know instinctively how to find each other, which is so rare with piano-plus-guitar." In fact, Tolstoy's band, which also involves Mattias Svensson on bass and Rasmus Kihlberg on drums, sounds like a truly unified entity. And that certainly made the work easier for the producer. His name, as has been the case for many years now…is Nils Landgren. "It's hard for me to imagine making an album now without him," says Tolstoy. "We are such good friends and we work so intuitively together, we're just a winning team." The itinerary they have taken together through “Stations” sometimes picks up some real speed, there are occasions when it gets truly emotional, but with such communicative power throughout, this is a highly satisfying journey for which no listener is going to want to get left behind.
Viktoria Tolstoy, vocals
Joel Lyssarides, piano
Krister Jonsson, guitar
Mattias Svensson, bass
Rasmus Kihlberg, drums
Recorded by Michael Dahlvid, May 29 - 30, 2019 at Nilento Studio, Gothenburg
Mixed and mastered by Lars Nilsson at Nilento Studio
Produced by Nils Landgren 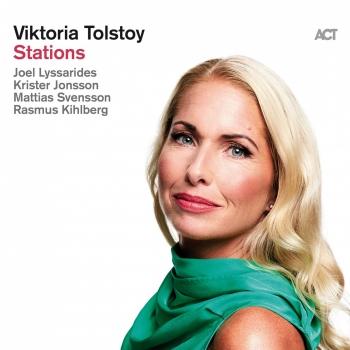 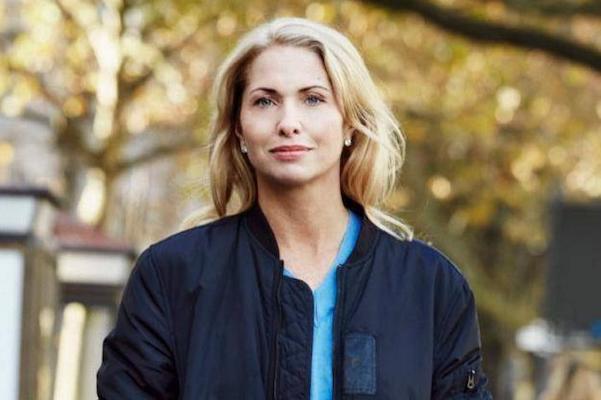 Viktoria Tolstoy
is a highly celebrated and respected international jazz vocalist and her numerous success stories are all a product of this explosive natural supertalent. Viktoria has never taken a single singing class thus she also owns that little perfect difference that delivers her clearly strong and wonderfully untamed, vibrant sound. She'll capture the moment on any given occasion and will outperform herself from one grand evening to the next.
Viktoria reaches all the way and her colorful, spontaneous persona will by all means make one forget to breathe for not only a short moment. Viktoria is already on the very top, yet once again aiming up.
Viktoria has been saluted by media wherever she has landed since she first grabbed that microphone, and rest assure, this show will go on. We suggest you buckle up. Expect a lot.