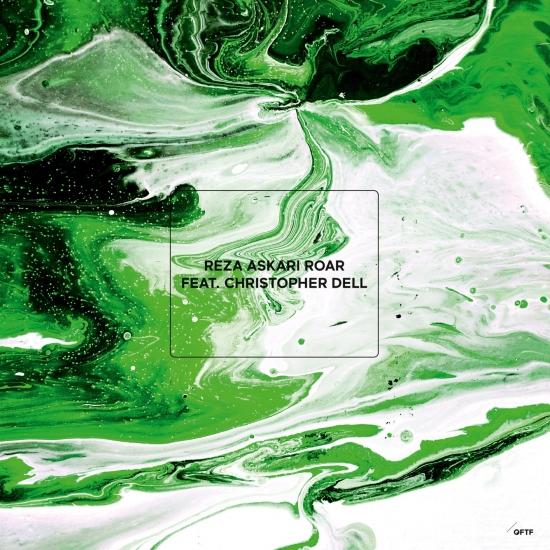 On his debut album "Roar" the bassist Reza Askari, who lives in Cologne, combines styles of music that influenced him in his youth, but also in his music studies and his career. From jazz to punk rock - everything is included. With Stefan Karl Schmid on saxophone and Fabian Arends on drums, Askari has created a well-rounded trio that seeks to cross the border between musical styles, but never loses sight of the essentials, always striving to break the known musical boundaries and break new ground.
Stefan Karl Schmid, saxophones, clarinet
Reza Askari, double bass
Fabian Arends, drums
Guest:
Sebastian Müller, guitar 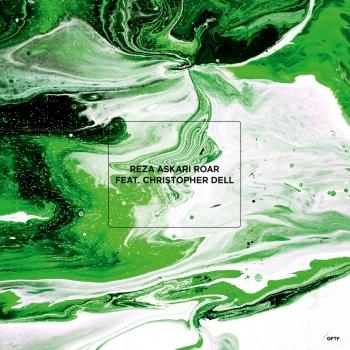 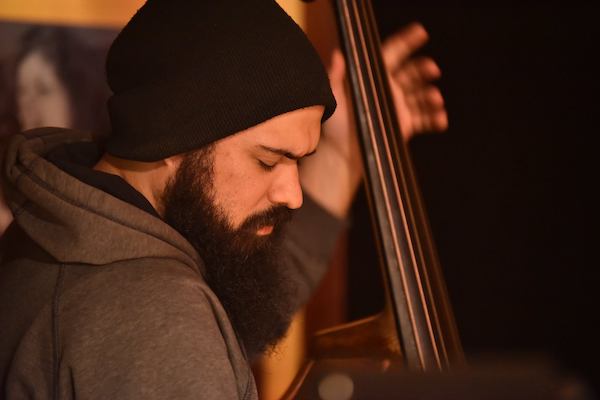 Reza Askari
was born in Fulda in 1986 to a father who immigrated from Iran and a German mother, and first began playing the piano at the age of five. At the age of eleven, he discovered the electric bass guitar for himself and began his musical career early in local punk and jazz bands.
After graduating from high school, Askari began his music studies in 2006, majoring in electric bass at the Hochschule für Musik und Tanz in Cologne with Marius Goldhammer and later also on the double bass with Dieter Manderscheid and Sebastian Gramss. He completed his studies in Cologne in 2012 with distinction. Askari then continued his studies in the Master of Improvising Arts at the Folkwang University of the Arts Essen with Robert Landfermann, also graduating "Summa cum laude" in 2014.
From 2007 to 2010 he was a member of the Landesjugendjazzorchester Hessen, from 2010 to 2011 of the Bundesjazzorchester and the European Masterclass Big Band under the direction of John Ruocco.
Askari has worked at festivals and clubs with artists such as Marc Ducret, Lee Konitz, Benny Golson, Hayden Chisholm, Jeff Hamilton, Barre Phillips, Mark Dresser, Peter Herbolzheimer, Mike Herting, Philipe Catherine, Ramesh Shotham, Frank Haunschild, Thomas Rückert, Frank Gratkowski, Heiner Wiberny, Gerd Dudek, John Hollenbeck, Jiggs Whigham, Gary Versace, Max Herre, Clueso, Sophie Hunger, Max Mutzke, Götz Alsmann, Wolf Biermann and Carolin Kebekus and travelled through countries such as China, Japan, South Korea, Vietnam, Indonesia, India, Turkey, Syria, Jordan, Lebanon, USA, Canada, Colombia, Panama and many European countries with different formations.
With his ensemble "ROAR", consisting of Stefan Karl Schmid, Fabian Arends and Askari, he released two albums in 2017 and 2020 as a trio, and in 2022 as a quartet with vibraphonist Christopher Dell as bandleader.