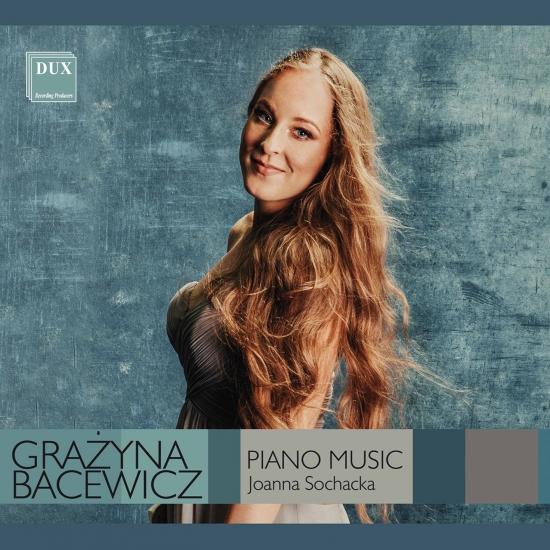 For her debut album, pianist Joanna Sochacka performs works by Grazyna Bacewicz, including the world phonographic premieres of the Sonata (1930) and the Etude (1949).
"It is not very common to come across a composer whose genius is being praised, but whose music is more often discussed than performed at the same time. This is the paradoxical situation we are dealing with in the case of Grazyna Bacewicz and her compositional oeuvre. The creator herself was an outstanding figure, extremely versatile, belying the still popular in her time view that women, by their very nature, cannot act as creatively as men. Grazyna Bacewicz would successfully defy that deeply conditioned social belief that "female" music is inferior." - Joanna Sochacka
Joanna Sochacka is a polish pianist, originally from Mszana Dolna. So far, she has given recitals in several countries (England, France, Austria, Germany, Czech Republic, Spain, Switzerland, Estonia, the Netherlands, Italy, Moldova, USA, Israel) and has performed recitals in many prestigious concert halls, including: Carnegie Hall in New York, National Forum of Music in Wroclaw, Royal Albert Hall in London, Beethoven-Haus Concert Hall in Bonn, National Philharmonic in Chisinau, National Philharmonic in Warsaw, Krakow Philharmonic, Lodz Philharmonic, Villa "Atma" in Zakopane, the Concert Hall at the Esterhazy Castle in Eisenstadt, the Viennese Hall at the Mozarteum in Salzburg, the Concert Hall Ferenc Liszt in Raiding.
Joanna Sochacka, piano 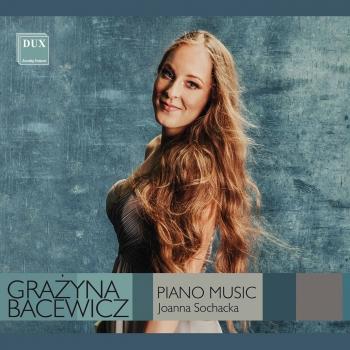