The Voice of the Trumpet Lucienne Renaudin Vary 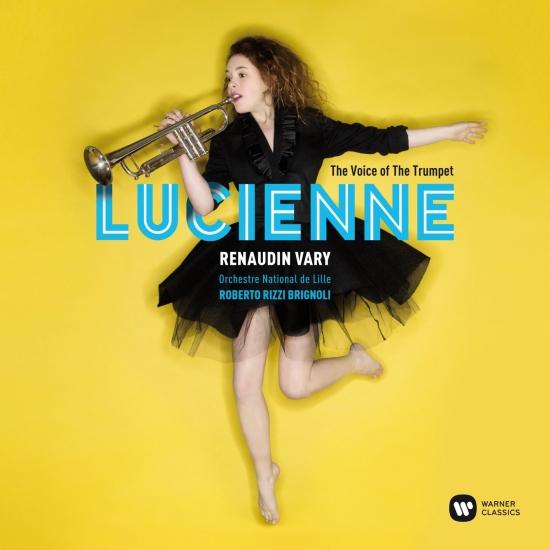 Info for The Voice of the Trumpet

At just 17 years of age, Lucienne was hailed ‘Revelation of the Year’ in the 2016 Victoires de la Musique Classique (the French Grammy Awards), performing live at the ceremony to a televised audience of 1.5 million. Lucienne had already appeared at the Victoires three years earlier, at the age of 14, in an tribute to French trumpet legend Maurice André. In addition to a sterling classical technique, Lucienne is also a prodigious and passionate jazz trumpeter, having studied both styles in parallel. For her forthcoming debut album, titled A Voice, she will move effortlessly between the two in wide-ranging repertoire inspired by and featuring the human voice.
“I’m thrilled to record my first album for Warner Classics, with the freedom to explore music from Baroque to jazz,” said Lucienne. “It was a great honour and privilege to collaborate with artists I admire; notably Erik Truffaz, who improvises in duet with me for a new orchestral arrangement of Gershwin’s Summertime, and Rolando Villazón who suggested we record a Donizetti aria together.” Lucienne and her guest soloists recorded with the Orchestre National de Lille, conducted by Roberto Rizzi Brignoli.
“I chose vocal music as the theme for the album, taking the melodic line from opera arias to jazz standards and musicals, because I always aim to play the trumpet as if I were singing,” she said about her debut, which will feature Handel’s Eternal source of light divine (with countertenor Christophe Dumaux) and Bellini’s Casta Diva alongside orchestral arrangements of jazz standards and hits from musicals created especially for Lucienne, such as Rodgers and Hammerstein’s My Favourite Things. The young trumpeter also pays tribute to her idol in a new version of My Funny Valentine. “Chet Baker is a god for me,” explains Lucienne. “He played it and sang it, the perfect blend of voice and trumpet; I can listen to him over and over again and the way he plays touches me enormously. This arrangement is my homage to Chet.”
Jean-Philippe Rolland, Executive Vice-President International A&R and Business Development of Warner Classics & Erato, said of the signing: “At just seventeen years old, Lucienne Renaudin Vary already had complete mastery of her instrument, with a singing legato and a warmth in her sound that perfectly matches her personality. Curious about all repertoire, equally at ease in classical and jazz, Lucienne is a rare polyglot of the trumpet, making her versatility her greatest strength. She is a complete artist: the new voice of the trumpet.”
Lucienne Renaudin Vary is already in demand as a soloist internationally; she will be introduced to British audiences this week at the invitation of Classic FM when she performs at a Christmas charity concert hosted by the University of Aberdeen at St Marylebone Parish Church in London. With funds raised supporting research into dementia, the concert will be broadcast on Classic FM on 23 December, ahead of Lucienne’s official UK debut at Cadogan Hall with the London Chamber Orchestra in May 2017.
“Lucienne’s animation – often seeming to almost dance along with the liveliest parts of the concerto – was perhaps a product of her youth, while her confidence and expressive interpretation certainly belied it.” (Cambridgenews)
“She has an incredible talent, she is small, but when she comes on stage, the stage is completely filled. Classical and Jazz – she can have the cake and eat it too.” (Weingarten Musiktage)
"To have the kind of maturity and insight Lucienne has as a trumpet player, you would have to be 40 years old.” (Philippe Duchemin, Jazz pianist)
Rolando Villazon, tenor
Christophe Dumauz, counter-tenor
Lucienne Renaudin-Vary, trumpet
Erik Truffaz, trumpet
Orchestre National de Lille
Roberto Rizzi Brignoli, conductor 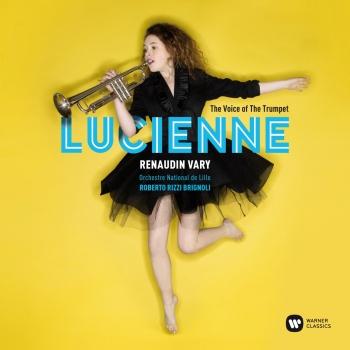 The Voice of the Trumpet 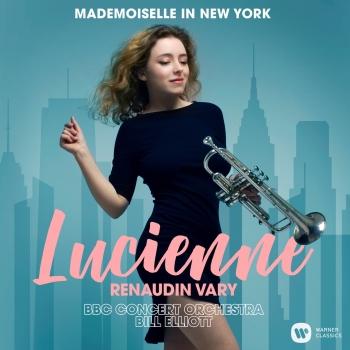 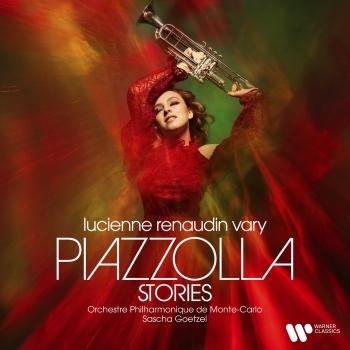 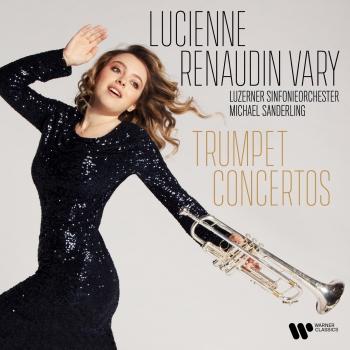 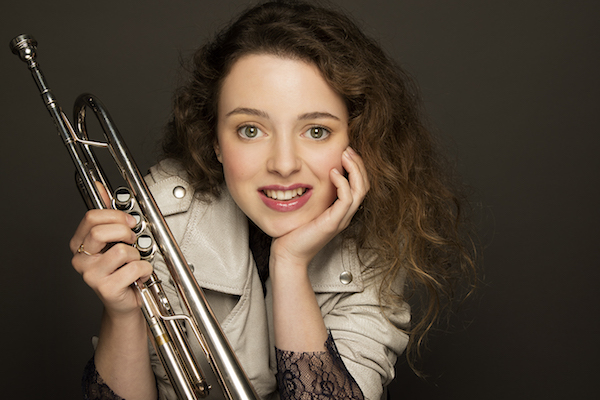 Lucienne Renaudin Vary
Winner of the ‘Révélation’ category of the Victoires de la Musique Classique 2016, French trumpeter Lucienne Renaudin Vary was born in 1999 and studied classical trumpet with Philippe Lafitte at the Conservatoire du Mans. She then entered the Conservatoire National Supérieur de Paris in 2014.
At the age of 11, Lucienne won the Concours Selmer-Le Parnasse and the Third Prize of the Concours Européen des Jeunes Trompettistes d'Alençon in the 14-17 years old category. She has since been awarded first prizes at each competition she has participated in - Concours des Rencontres Internationales des Cuivres in Belgium, Concours des Clés d'Or in Paris and Concours des Jeunes Artistes ‘Maurice André’ in Alès.
In her native France, Lucienne has appeared at Salle Gaveau, Annecy Classic Festival, Salon Musicora, Festival Classique au Vert, Les Grandes Heures de Cluny, Les Flâneries Musicales de Reims (filmed by Medici), Un Violon sur le Sable, Colmar fête le Printemps, Antibes Génération Virtuoses, Festival de l'Epau and with Orchestre symphonique de Bretagne. In 2015/16 Lucienne performed at the closing concerts of La Folle Journée in Nantes with the Ural Philharmonic Orchestra, broadcast live on ARTE. During the 2016/17 season Lucienne will perform programmes based on her new album release in Paris, Nantes, Limoges and Lille.
Further afield, Lucienne has performed at the Festival Spivakov in Moscow, concerts in Ankara, Rheingau Musik Festival and in Finland she played Sørensen’s Trumpet Concerto under Moshe Atzmon. She also appeared on the Stars von Morgen show (ARTE/ZDF) presented by Rolando Villazón, in Berlin. Most recently Lucienne made her debut with the London Chamber Orchestra and Vladimir Ashkenazy, performing Shostakovich’s Piano Concerto No.1 for piano and trumpet with Daniil Kharitonov in Turkey. She will repeat this programme with the orchestra when she makes her London debut in May 2017. Other highlights of the 2016/17 season include concerts at the Cartagena International Music Festival in Colombia with Les Siècles under François-Xavier Roth, her German orchestral debut in Munich and a performance of Hummel’s Trumpet Concerto with Junge Philharmonie Frankfurt RheinMain. She is an exclusive Warner Classics artist with her debut album released in 2017.

Booklet for The Voice of the Trumpet