A Message From The Ghetto (Remastered) The Sons Of Truth 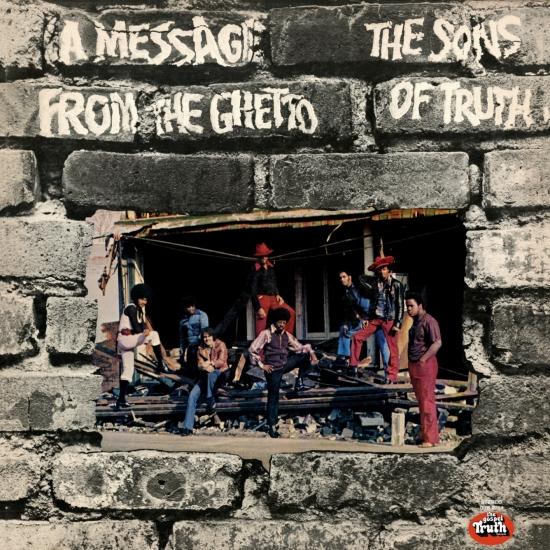 Artist: The Sons Of Truth

Info for A Message From The Ghetto (Remastered)

The ultimate funk and gospel amalgam. One of the greatest examples of religious grooves meeting big 70s funk rhythms. Released on HighResAudio for the first time.
When we started the BGP Funk & Jazz Classics series earlier this year we had an idea that we would put a few albums out, and that would be that. But as we reach our third batch of five we have found that there is a whole world of sought-after original albums, which for a myriad of reasons have failed to turn up in the reissue racks. This time we have come up with something very special, digging deep into the Stax Records vaults to rescue five of the most collectable albums on the label.
The Sons Of Truth LP appeared on Stax’s Gospel Truth subsidiary. The group look like they could be in Funkadelic, while their music is a blend of compelling funk and harmony soul that doesn’t appear to be based on traditional gospel in any way. Cuts from this album have started to be played in progressive soul clubs.
„The Sons of Truth put out this album on Stax's subsidiary Gospel Truth in 1972, but it remains rare to the point of being nearly unknown, despite its affiliation with one of soul's most prominent labels. As Dean Rudland's historical liner notes to the 2010 CD reissue on Beat Goes Public rightly observe, it was an "album filled with funk and soul with a gospel edge, rather than the other way around." But while musically this is for the most part a funk-soul hybrid, lyrically it's very much in the religious gospel stream, as titles such as "God Help Us All," "With Jesus You're Free," "Call on Him," "He's All We Need," and "God Bless the Children" make clear. The title of the album, as well as the cover showing a very hip-looking bunch of dudes in a dilapidated inner city environment, might lead you to expect something a little more political than what the album actually delivers. It's still an interesting blend of gospel with the steamy funk that was fast becoming a big soul trend in the early '70s, especially in the opening cut, "Son of the Deacon," a slow groover powered by a smoky fuzz guitar riff and smoldering female backup vocals. Nothing else on the album matches it, alas, but this has far more appeal to secular soul and rock fans than most gospel records that strive to incorporate contemporary sounds. The rabble-rousing "I Feel Good" has some cooking wah-wah guitar, and "The Ghetto" does come up with some of the observations of ghetto life reflected by the packaging. Elsewhere, the group get into some more traditional smooth male vocal harmonizing and material akin to soul ballads, though even so, the fuzzy and distorted guitar lines let you know these guys were listening to plenty of sounds cooking in rock and soul music outside of the mainstream gospel world.“ (Richie Unterberger, AMG)
The Sons Of Truth
Digitally remastered 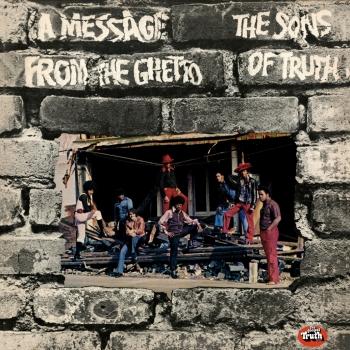 A Message From The Ghetto (Remastered)

The Sons Of Truth

Booklet for A Message From The Ghetto (Remastered)