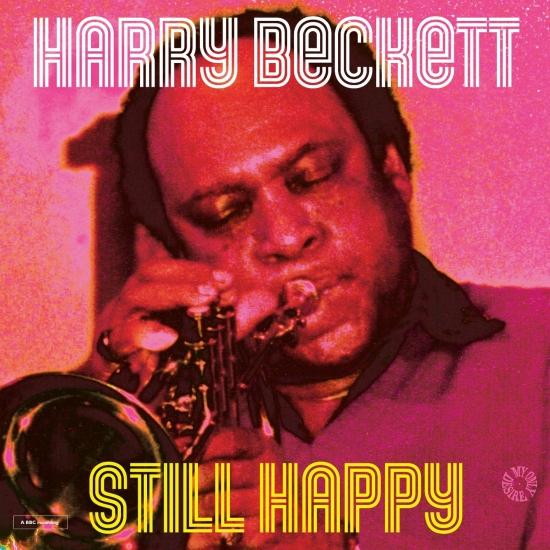 Label: My Only Desire Records

This unreleased session from trumpeter Harry Beckett, was originally recorded in 1974 for BBC Radio 2. Remastered from the original tapes, it presents a brilliant snapshot of music from the era, as he mixes turbo-charged jazz with his Caribbean heritage and the rock and funk of the 70s.
Beckett's group includes the twin saxophone line-up of Alan Wakeman on tenor and soprano and Don Weller on tenor saxophone, Brian Miller on electric piano, Paul Hart on electric bass, John Webb on drums and Robin Jones on percussion.
The title track "Still Happy" has never appeared on any of Harry's albums and until now has never been released in any format. It reflects Harry's personality and joy of music making perfectly. The playing and interplay between the musicians is first-class, as it is throughout the session. The LP is noticeable for its beautifully composed themes and proto-hip hop drumming from John Webb, which will have producers around the world reaching for their MPC60s.
Harry moved to the UK from Barbados in the 50s and played with a who's-who of British jazz stars during the 60s and 70s - Graham Collier, John Surman, Mike Osbourne, Stan Tracey, Mike Westbrook, Chris McGregor etc. - as well as rock/pop stars such as Jack Bruce, Keef Hartley, Robert Wyatt and Manfred Mann. Beckett worked in jazz for over five decades but also performed with pop/rock groups (Working Week, David Sylvian) and dub/reggae producers, such as Jah Wobble and Adrian Sherwood. Harry died in 2010 after suffering a stroke.
"Still Happy is just that - warm, crystalline soul grooves - spy-film funk horns, tight percussion and Beckett's wild free squeal, all lit by bright electric bass and piano. Get Happy." (MOJO, Andrew Male)
"The tunes are reflective of their time, fusing jazz, rock, funk and more into an exciting, vital, sound...It's a fine debut release for the label and a fine reminder of Beckett's talent." (All About Jazz, Bruce Lindsay)
"Still Happy is a treasure of major proportions, reminding us just what a highly creative musician he was...this is a stellar session." (Jazzwise, Stuart Nicholson)
Harry Beckett, trumpet, flugelhorn
Alan Wakeman, soprano and tenor saxophone
Don Weller, tenor saxophone
Brian Miller, electric piano
Paul Hart, electric bass
John Webb, drums
Robin Jones, percussion
Recorded 1974 for the BBC Radio 2 Jazz Club
Digitally remastered 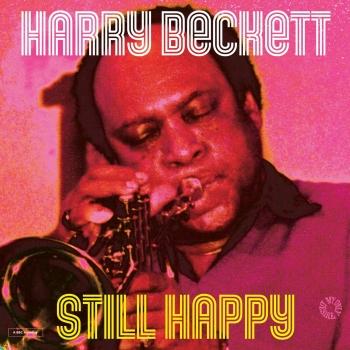 Harry Beckett
Jazz trumpeter, flugelhorn player and composer, born 30 May 1935 in St. Michael Parish, Barbados, died 22 July 2010 in London.
Resident in the UK since 1954, Harry Beckett's reputation extends throughout Europe and the USA. He had played with everyone from Charles Mingus to Jah Wobble.
A long-standing figure on the London jazz scene, trumpeter Harry Beckett kept his music fresh over a long career, and none more so than on his debut On-U Sound release in 2008 produced by Adrian Sherwood, which invites reggae and dance music influences to happily live alongside his modal jazz flavours. Harry sadly passed away in 2010 but this is a fitting testament to the versatility and innate musicality of his talents.