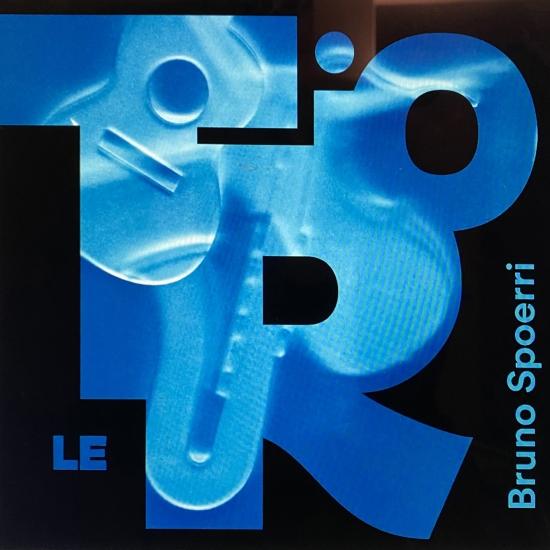 “Back to the roots” – Mainstream Jazz in a tight knit, small combo. Bruno Spoerri, pioneer of electronic music in Switzerland goes back to his roots in jazz, together with Rainer Hagmann, extraordinary violinist and Dani Solimine, master of the 7-string guitar, playing guitar and bass lines simultaneously. Ten tunes were recorded in the studio in a inspired session, three during a concert, all in a few takes.
Bruno Spoerri, alto & tenor saxophone
Rainer Hagmann, violin
Dani Solimine, 7-string guitar 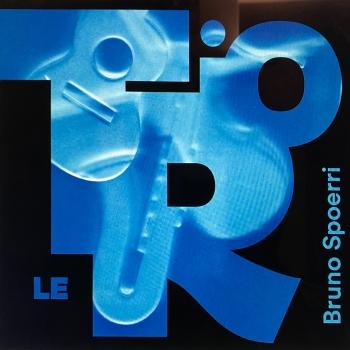 Bruno Spoerri
was born in Basel in 1935. The son of a violinist and an engineer started early with piano lessons, but switched then to saxophone. As winner of the first prize for saxophone at the Zurich Jazz Festival 1954 he joined well known jazz groups as the Francis Notz Group (with George Gruntz), the Metronome Quintet and the Modern Jazz Group Freiburg. Followed studies of psychology, work as professional counselor, interrupted by extended concert tours. In 1965 he had the chance to switch to a new film company, where he was responsable for the sound department. In the following years he composed, arranged and recorded the music for more than 500 TV-spots, about 100 documentary films, experimental films, TV signature tunes, music for TV shows („Wer gwünnt?“), also for cabaret shows (César Keiser), radio features and a musical („Robinson“). He collaborated with Swiss film makers Markus Imhoof, Bernard Lang, Rolf Lyssy, Samir, Hans-Ulrich Schlumpf and many others in motion pictures („Tauwetter“, „El Gamin“, „Teddy Bär“, „Die Metzger“, „Kongress der Pinguine“). From 1974 to 1980 he led a 24-track recording studio and produced mostly young artists of the Swiss folk-rock and jazz scene, but also pianist Randy Weston.
Besides he worked for several years as musical director of the Zurich Jazz Festival, helped to found the „Musikerkooperative Schweiz“ and was member of the board of the Swiss Authors Rights Society SUISA.
In 1965 Spoerri started to use electronic equipment as the Ondes Martenot, then the first EMS synthesizers. With his jazz groups (Jazz Rock Experience, Container) he began to combine jazz improvisation and electronic sounds. He also did solo synthesizer shows. His presentation of the Lyricon at the first Ars Electronica in Linz earned the first prize. In 1980 he played at Ars Electronica with Toto Blanke and Charlie Mariano, in 1982 he was one the soloists of the ballet „Erdenklang“ for Fairlight Synthesizers, together with Bob Moog. For some years he represented EMS, ARP, Sequential Circuits and Linn in Switzerland.
1974 Spoerri published his first solo synthesizer album „Iischalte – Switched-on Switzerland“, featuring the EMS Synthi-100, in 1976 „Voice of Taurus“ and the improvised duo album „Sound of the Ufos“ with Reto Weber. In 1980 he collaborated with Irmin Schmidt (Can) for the much appraised LP „Toy Planet“. His early works are re-issued now by Finders Keepers Records.
In 1982 Spoerri founded with some friends the „Schweizer Gesellschaft für Computermusik“, an association of all people interested in computer music. In 1985 followed the „Swiss Center for Computer Music“ with Gerald Bennett, Tonino Greco and Rainer Boesch, opening the first computer studio of Switzerland with a DEC PDP-11 and the DMX-100 signal processor.
Then followed years of teaching electronic music at the Musikhochschule Zürich, Konservatorium Biel and Jazz History at the Jazz School Luzern, touring with Reto Weber, Ernst Reijseger, Christy Doran, Albert Mangelsdorff through Europe, the USA, Canada, India and Africa.
His interest in gesture control led to interactive sound installations in the Technorama Winterthur and Verkehrsmuseum Luzern and in trade shows (Siemens, General Motors) and to concerts in many festivals (Synthèse Bourges, GIMIK Köln, Bozar Bruxelles, TodaysArt Den Haag, Ueberjazz Hamburg, Shift-Festival Basel, Fringe Festival Dublin, NIME Conference London). In 1992 he was invited as Guest Composer at the International Computer Music Conference San José (CA, USA) and gave a concert with Don Buchla.
In 2005 Bruno Spoerri published „Jazz in der Schweiz - Geschichte und Geschichten“, a comprehensive history of Swiss Jazz, in 2010 „Musik aus dem Nichts. Die Geschichte der elektroakustischen Musik der Schweiz“.
Today he continues to explore the possibilities of improvisation with gesture control and the electronic saxophone Synthophone, and he goes back to his roots in jazz with “Le Trio”.