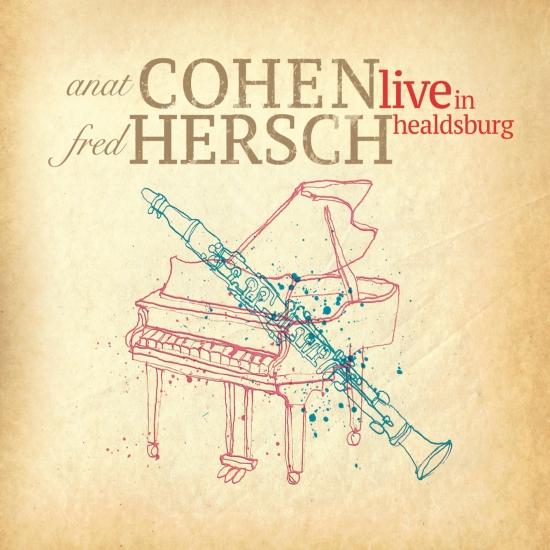 Info for Live in Healdsburg

On their debut recording as a duo Live In Healdsburg, Anat Cohen and Fred Hersch, two of most prolific and celebrated artists in jazz today display qualities they have in abundance: empathy, open hearts, big ears, quick instincts, and an ego-less approach to the music. These two expert collaborators combine virtuosity and beauty, which permeates every note they play. Live In Healdsburg comes on the heels of Anat's Tentet recording, Happy Song, and her two Grammy nominated Brazilian albums, Outra Coisa: The Music of Moacir Santos (with 7-string guitarist Marcello Gonçalves) and Rosa Dos Ventos (with Trio Brasileiro). For Fred Hersch, Live In Healdsburg is the follow up recording to his latest CD, the double Grammy nominated Open Book (his 7th and 8th nominations). This album with Ms. Cohen is the latest release in a stunningly deep discography that dates back to the 1980s and encompasses more than twenty albums as a leader, and the publication of his autobiography Good Things Happen Slowly: A Life In and Out of Jazz.
"Hersch occasionally dips into pointillism and even barrelhouse for dramatic and/or witty effect. And Ms Cohen is not above jamming a Delta blues smear tone into a finger-busting legit run. Their staccato fun in A Lark seems to refer more to Great Expectations (“What larks, Pip”) than to feathered flight. The jagged descending dragon’s tail melody of the 76-year-old Jitterbug Waltz appears in mosaic fragments: alternating short, pithy phrases with distant echoes of rent parties. In contrast, their approach to The Peacocks theme (and the exquisite closing clarinet cadenza) is befittingly stately. Jimmy Rowles would have been chuffed." (londonjazznews.com)
Anat Cohen, clarinet
Fred Hersch, piano
Recorded Live at Healdsburg Jazz Festival, Raven Performing Arts Theater, Healdsburg CA, June 11th 2016
Recorded by Steve Moon
Rebalanced and Mastered by Mark Wilder at Battery Studios, NYC, January 2018
Produced by Anat Cohen and Oded Lev-Ari 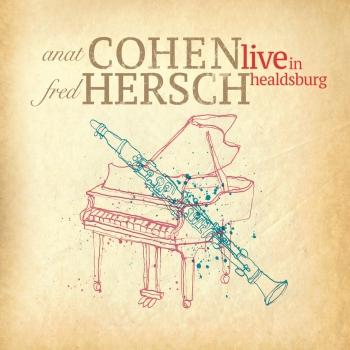 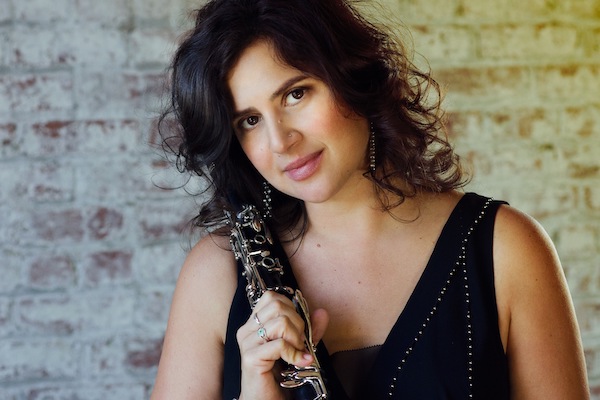 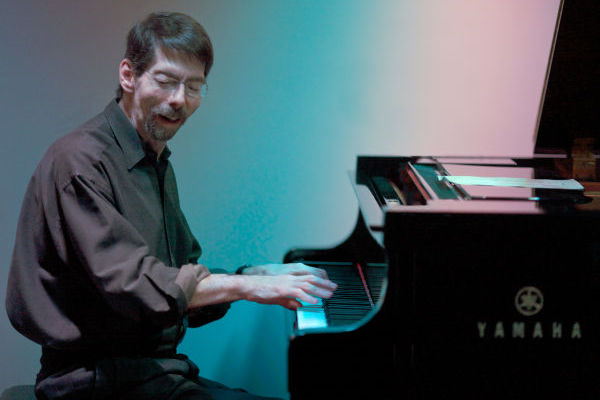 Booklet for Live in Healdsburg