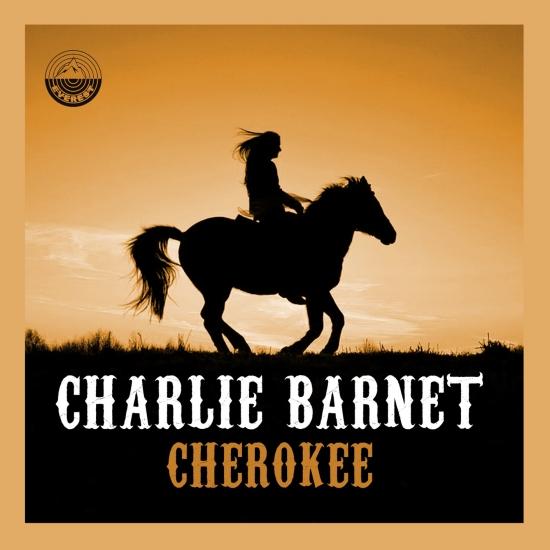 One of Charlie Barent's later efforts, CHEROKEE proved to be more than fortuitous for this enigmatic musician. Spurning conventional wisdom, he released this set of vintage big band tunes when rock & roll was the rage, and big-band jazz had long since metamorphosed into bebop, cool, and even newer, more avant-garde styles.
Barnet's 1958 band, composed of jazz greats such as trumpeter Clark Terry and pianist Nat Pierce, showed a previously apathetic audience that big band music was not only still viable, but exciting. Heavily influenced by the Basie and Ellington orchestras, Barnet successfully leads a tight, hard-swinging ensemble on this date. Songs such as "East Side, West Side," "Blue Juice," and the title track, prove this band's ability to match the legendary orchestras from the Golden Era of swing. Arguably Barnet's strongest effort, CHEROKEE is an exhilarating album.
Charlie Barnet, soprano, alto & tenor saxophones
Charlie Barnet And His Orchestra
Recorded in New York on August 5 & 6, 1958
Digitally remastered 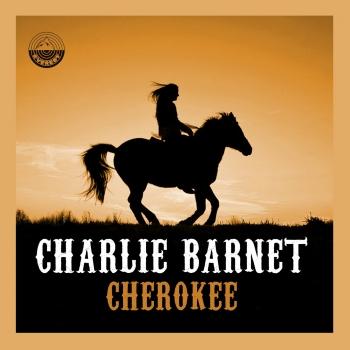 Charlie Barnet
came from a wealthy family. His parents had hoped that their son would become a lawyer. However the free spirited Barnet, at just 16 years of age, led his own band on a transatlantic ocean liner crossing the ocean 22 times and later went to the South Seas and Latin America.
Barnet first became well known in jazz circles as a leader of a band that played the Paramount Hotel in NYC in 1932. His fame also spread as a soloist on several Red Norvo Octet sides in 1934 including “The Night Is Blue” which also featured Teddy Wilson, Artie Shaw and others. Although Benny Goodman may lay claim as having the first racially integrated touring jazz group, with his trio (and quartet) a few years later, this session helped break down racial barriers and was an example of what was to come for Wilson, Shaw, and Barnet. Wilson joined forces with Benny Goodman the following year and Shaw and Barnet were among the first white big bandleaders to spotlight African American stars. Barnet featured Lena Horn extensively in 1941 and later Roy Eldridge, Oscar Pettiford, Peanuts Holland and others.
The Barnet big band of 1939 to 1941 was his most well known and highly swinging outfit. The group's greatest commercial hit was Cherokee and a spin off of the song called Redskin Rhumba. Although the former has often been confused and quoted as the Barnet theme song, it was actually Redskin Rhumba that was used as the band's identifying song. Both Billy May and Barnet (sometimes under the name Dale Bennett) contributed many fine songs and arrangements to this bands repertoire. Billy May can be heard soloing with the Barnet band on trumpet often but Bobby Burnet was also a force on the instrument in the brass section. At various times Barnet employed the likes of such notable sidemen and vocalists as guitarist Bus Etri; drummer Cliff Leeman; pianist Dodo Marmarosa; clarinetist Buddy DeFranco; guitarist Barney Kessel; and singers Lena Horne, Francis Wayne, and Kay Starr.
Charlie Barnet was an outspoken fan of both Duke Ellington and Count Basie giving his tip of the hat to the two in titles like The Count’s Idea and The Dukes Idea. Charlie was mainly a tenor player, forming his style out of the Coleman Hawkins school, but also played alto and soprano sax, his style on the former influenced by Ellington’s alto man Johnny Hodges. Listen to his cover of the Ellington tune The Gal From Joe’s for a fine example of Barnet emulating the style of Johnny Hodges.
So good was Barnet’s rapport with Count Basie that the Count was one of the first to lend his charts to Barnet after the group lost all of their own arrangements (and instruments) in a hotel fire at the Palomar Ballroom on October 2nd, 1939.[see footnote 1] Not one to let things get him down; on October 9th, seven days after the incident, his band recorded the tune Are We Burnt Up. The record was never commercially released ...at least not in that form. A few years later with the ensemble chorus of “are we burnt up, oh Palomar, oh Palomar…” taken out, the record was released and became a hit as a straight swinging instrumental called Leapin At The Lincoln.
Barnet never recorded music or wrote tunes with much commercial aspiration and he denounced what Downbeat Magazine called “corn” or syrupy, schmaltzy, sweet music. His obvious sentiments regarding the subject can be heard on the hilarious lambasting of this style called The Wrong Idea, written by Billy May. In another song Barnet incorporated his nickname “The Mab” or sometimes “The Wild Mab.” Wild Mab Of The Fish Pond was so named after the loose Barnet band took an unscheduled, impromptu, inebriated dip in a hotel fountain. “Wild Mab” for Charlie Barnet and “The Fish Pond” code for the hotel fountain.
Charlie Barnet’s life reflected the color and looseness of his recordings and bands. He was married at least six times, often making newspaper headlines, and was one of the most talked about figures in jazz in the late 1930s and early 1940s. While his 1944 recording Skyliner became another big hit, his popularity and orchestras never achieved the same public acceptance or high level of output as between the years 1939 and 1941.