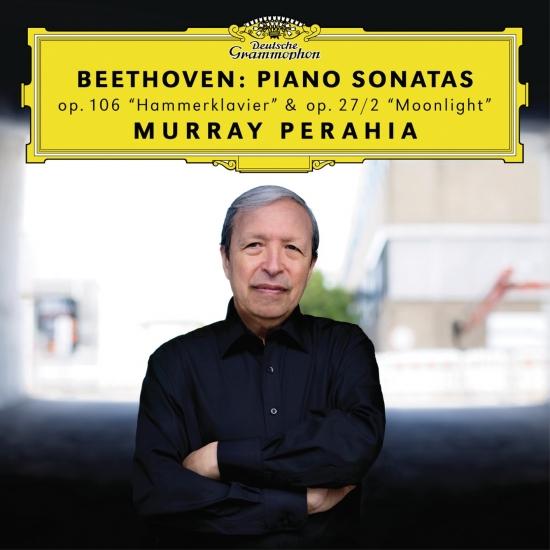 Living legend of the piano Murray Perahia records two benchmark sonatas by Beethoven for the first time in his career. Long renowned for his performances of this composer comes Perahia’s brand new recording that pairs together two of the most radically ground-breaking of Beethoven’s 32 piano sonatas.
Sure to be a crown jewel of the Beethoven discography, Perahia supports the release with major recital tours in Asia, USA and Europe. Murray Perahia stands in the tradition of the great keyboard virtuosi as an artist armed with consummate technical skills, boundless imagination and near-mystical eloquence.
A recording after decades of thought: Murray Perahia explored the Hammerklavier Sonata first when he was in his mid-twenties. While the work’s enormous technical and physical challenges fell within his grasp, its profound musical demands eluded him. He quietly dropped the “Hammerklavier” from his repertoire, recognising that he would need time to fathom its cosmic depths. Over four decades passed before he felt ready to programme the piece in recital.
After years of studying the original manuscripts, working sketches and editions published during the composer’s lifetime, and having edited the new Henle Urtext edition of The Complete Beethoven Piano Sonatas, Perahia now presents two of Beethoven’s most famous sonatas as a revelation.
A deepening mystery: “The challenge of this music is still alive because one can get deeper and deeper into the piece’s mysteries. That’s endless – both musicologically and emotionally. Everything in it is connected. There isn’t a random note, yet it feels improvisatory. So it’s a mystery that will intrigue and occupy musicians forever.” (Murray Perahia).
Murray Perahia, piano 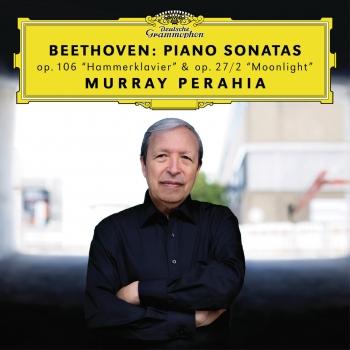 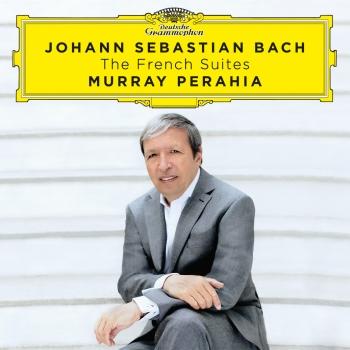 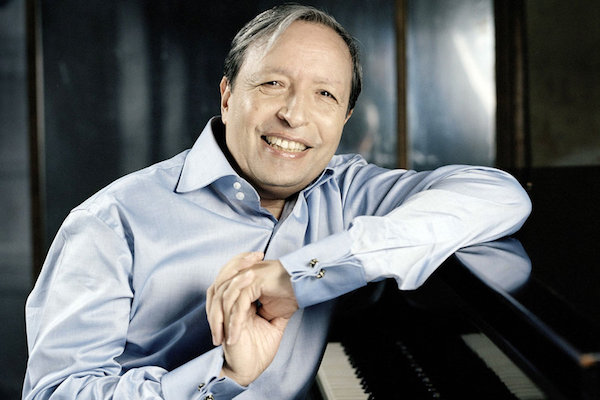 Murray Perahia
In the more than 40 years he has been performing on the concert stage, American pianist Murray Perahia has become one of the most sought-after and cherished pianists of our time, performing in all of the major international music centers and with every leading orchestra. He is the Principal Guest Conductor of the Academy of St. Martin in the Fields, with whom he has toured as conductor and pianist throughout the United States, Europe, Japan, and South East Asia.
Born in New York, Mr. Perahia started playing piano at the age of four, and later attended Mannes College where he majored in conducting and composition. His summers were spent at the Marlboro Festival, where he collaborated with such musicians as Rudolf Serkin, Pablo Casals, and the members of the Budapest String Quartet. He also studied at the time with Mieczyslaw Horszowski. In subsequent years, he developed a close friendship with Vladimir Horowitz, whose perspective and personality were an abiding inspiration. In 1972 Mr. Perahia won the Leeds International Piano Competition, and in 1973 he gave his first concert at the Aldeburgh Festival, where he worked closely with Benjamin Britten and Peter Pears, accompanying the latter in many lieder recitals. Mr. Perahia was co-artistic director of the Festival from 1981 to 1989.
Having completed a tour of North America with a debut recital in Mexico in the 2012-13 season, Mr. Perahia will embark on a recital tour of Japan followed by his historically first appearances in Australia where he will perform at the Sydney Opera House and in Melbourne in November 2013.
Mr. Perahia has a wide and varied discography. Sony Classical has issued a special boxed set edition of all his recordings including several DVDs entitled The First 40 Years. His recording of Brahms Händel Variations, which won the Grammophone Award in 2011, has been called “one of the most rewarding Brahms recitals currently available.” Some of his previous solo recordings feature a 5-CD boxed set of his Chopin recordings, Bach’s Partitas Nos. 1, 5, and 6 and Beethoven’s Piano Sonatas, opp 14, 26, and 28. He is the recipient of two Grammy awards, for his recordings of Chopin’s complete Etudes and Bach’s English Suites Nos. 1, 3, and 6, and numerous Grammy nominations. Mr. Perahia has also won several Gramophone Awards.
Recently, Mr. Perahia embarked on an ambitious project to edit the complete Beethoven Sonatas for the Henle Urtext Edition. He also produced and edited numerous hours of recordings of recently discovered master classes by the legendary pianist, Alfred Cortot, which resulted in the highly acclaimed Sony CD release, “Alfred Cortot: The Master Classes.”
Mr. Perahia is an honorary fellow of the Royal College of Music and the Royal Academy of Music, and he holds honorary doctorates from Leeds University and Duke University. In 2004, he was awarded an honorary KBE by Her Majesty The Queen, in recognition of his outstanding service to music.