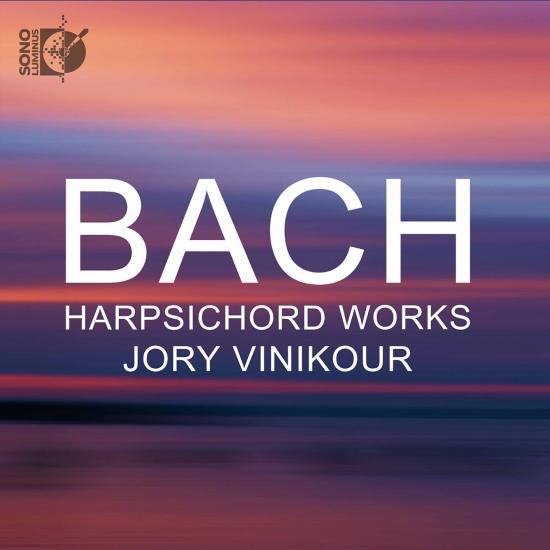 Italian Concerto, BWV 971 : Among the best known of Bach’s solo harpsichord works, the Concerto each Italienischen Gusto was published in 1735, as the first half of the second volume of the Clavier-Übung (with the French Overture as the second half).
This work is surely the finest of tributes to Bach’s affinity for the Italian style of concerto writing - an affinity he showed in transcribing concerti by Vivaldi, Marcello, and others for solo keyboard.
Bach uses the two keyboards of the harpsichord (and he specifically indicates such an instrument for both of the works in the second volume of the Clavier-Übung) to create contrasts between tutti and solo passages. The rather stately main theme of the first movement is juxtaposed with livelier rhythmic passages. The exceptional second movement features a florid cantilena in the right hand, accompanied by steady eighth notes in the left. The sombre mood is quickly dispelled by the exuberant final movement, wherein Bach obliges the performer to rapidly shift from one keyboard to the other.
French Overture, BWV 831: Johann Sebastian Bach published the Ouverture nach französicher Art, BWV 831 in 1735, as part of the second volume of the Clavier Ubung, along with the Italian Concerto. This Ouverture, really a partita, shares a kinship with the four orchestral overtures in many respects. It may very well have been intended for publication as the seventh keyboard partita. Bach produced an earlier version of this work, in c minor. Transposed to b minor, the key signatures of the works comprising the 1st and 2nd volumes of the Clavier Ubung follow a logical order : the six partitas are in B flat major ("B" in German parlance), c minor, a minor, D Major, G Major, e minor. The Italian Concerto is in F major, and finally, the French Overture is in b minor ("H" in German).
The work begins with the overture proper – a noble movement of rather tragic character. The opening section features the dotted rhythms associated with the Lullian style overture, one of Bach's rare uses of this style in his keyboard opus (the opening movement of the D Major partita being the other principal example). An extended fugue, in 6/8 meter follows. As in the Italian Concerto, Bach indicates the changes of keyboard with "forte" and "piano." As in a concerto grosso, these dynamics create the impression alternation between the tutti and solo groups. After the fugue, the opening material returns.
In all of Bach's suites (the six French suites, the six English suites, the six partitas), Bach follows a predetermined order of movements: the principal movements are the allemande, courante, sarabande, and gigue (although the partita in c minor does not have a gigue). Extra movements – gavotte, bourée, menuet (amongst others) usually appear between the sarabande and the gigue, which will generally end the suite.
Here, as with the orchestral suites, Bach frees himself from this routine. After the overture, he dispenses with the allemande altogether, beginning with a rather grave courante. Then follows a gavotte with trio, the first of three such movements in this work. As in the overture, Bach notes a forte for the first of the gavottes, of a robust character. The trio, in D Major, is marked piano and is of a much more delicate character. Then follows a pair of passepieds. Again, the first of these is of a rich, orchestral texture. The second passepied, in B Major, is of a nearly crystlaline delicacy. An exquisite sarabande follows, composed in four-part chorale-style writing. A rather unusual pair of bourrées follows : the first (as with the other similar movements, carrying the notation forte) is a very lively, two-part texture. Its partner, remaining in the home key of b minor, features fleeting 16th note groups. The gigue is very much in the French style (like the 7th variation of the Goldberg Variations – the 4th book of the Clavier Ubung). The great majority of Bach's gigues are fugues. This gigue takes its inspiration from the French masters before Bach, especially François Couperin. The closing movement, unique in Bach's opus, is entitled Echo. Of a rustic nature, the contrast between the lower (tutti, with the three registers of strings engaged) keyboard, and the upper (solo 8' stop) creates the effect suggested by the title.
Chromatic Fantasy and Fugue, BWV 903: Already celebrated in Bach’s lifetime, the Chromatic Fantasy and Fugue was likely composed in Köthen, when Bach was in the service of Prince Leopold. There is nothing in this work that isn’t exceptional. The Fantasy is extraordinarily inventive harmonically, certainly, but even more so in Bach’s use of varying textures at the keyboard. Brilliant passage work cedes to the most dramatic recitative, and then to complex arpeggiated episodes. The final page, making use of descending chromatic harmony, is of the most striking originality. The monumental fugue is based on a subject featuring two chromatic figures, building to a mighty finish.
Prelude, BWV 894, Andante (from Sonata for violin solo, BWV 1003), Fugue, BWV 894: Likely composed in Weimar, the Prelude and Fugue show Bach at his most virtuosic and extroverted. The prelude is structured very much like a concerto movement, with clearly delineated tutti and solo sections. Bach introduces some fleet passage work, in 32nd notes, towards the end of the movement. The Andante played here is transcribed by Bach himself, from the Sonata for solo violin in a minor, BWV 1003. The fugue is based on unrelenting triple figures. Bach used the first movement, in a very similar form to that in this early prelude, as the basis for the Concerto for flute, violin, and harpsichord in a minor (BWV 1044). The earlier fugue appears in the concerto version, but alternating with a rather more lyrical theme.
Jory Vinikour, harpsichord 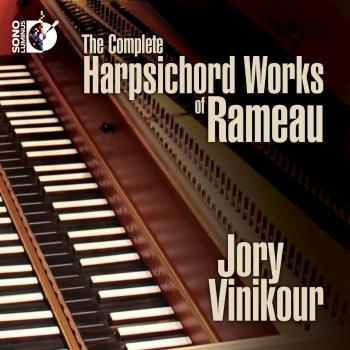 The Complete Harpsichord Works of Rameau 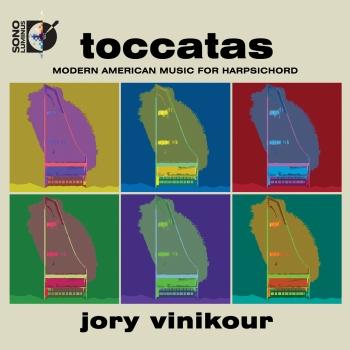 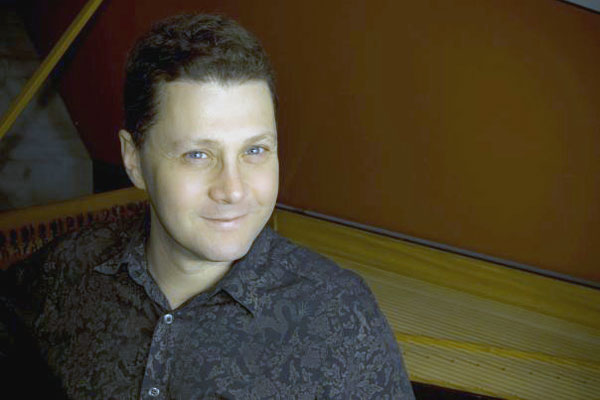 Jory Vinikour
is recognized as one of the outstanding harpsichordists of his generation. A highly diversified career brings him to the world’s most important festivals and concert halls as recital and concerto soloist, partner to several of today’s finest artists.
Born in Chicago, Jory Vinikour came to Paris on a Fulbright scholarship to study with Huguette Dreyfus and Kenneth Gilbert. First Prizes in the International Harpsichord Competitions of Warsaw (1993) and the Prague Spring Festival (1994) brought him to the public’s attention, and he has since appeared in festivals and concert series throughout much of the world.
A concerto soloist with a repertoire ranging from Bach to Poulenc to Nyman, he has performed as soloist with leading orchestras including Rotterdam Philharmonic, Orchestre de la Suisse Romande, Lausanne Chamber Orchestra, Philharmonic of Radio France, Ensemble Orchestral de Paris, Netherlands Chamber Orchestra, MDR Symphony Orchestra,Cape Town Symphony Orchestra, Moscow Chamber Orchestra, and the Royal Scottish National Orchestra, with conductors such as Stéphane Denève, Martin Haselböck, Marek Janowski, Armin Jordan, Benjamin Levy, Fabio Luisi, Marc Minkowski, John Nelson, Gordan Nikolic, Constantine Orbelian, Victor Yampolsky, et al. He participated in a recording of Frank Martin’s Petite Symphonie Concertante with the Lausanne Chamber Orchestra under the direction of Armin Jordan (Suisse Romande, 2005).
Well-known as an accompanist, he has worked extensively with artists such as David Daniels, Hélène Delavault, Vivica Genaux, Magdalena Kozena, Annick Massis, Marijana Mijanovic, Dorothea Röschmann, Rolando Villazon ... He has accompanied legendary Swedish mezzo-soprano Anne Sofie von Otter in recitals in Sweden, Norway, Spain and Paris and at La Scala in Milan. With lutenist Jakob Lindberg, their programme of English and Italian music of the 17th century, entitled Music for a While was released by Deutsche Grammophon in early 2005.
As an active exponent of contemporary repertoire for the harpsichord, he has given the premieres of works by composers such as Harold Meltzer and Frédéric Durieux, Stephen Blumberg, Patricia Morehead, Graham Lynch, etc. written for him. He has also given important performances of works by Ligeti and Michael Nyman, as well as several 20th century concerti, including Cyril Scott’s 1937 Harpsichord Concerto, which Mr. Vinikour prepared and edited for Novello editions. Sono Luminus will release his recording of 20th century (and beyond) American harpsichord works in late 2013.
Mr. Vinikour appears regularly as harpsichordist at the finest opera houses and festivals in Europe : Paris Opera, Netherlands Opera, Salzburg Festival, Teatro Real de Madrid, Baden-Baden, Glyndebourne, etc. in Baroque and Classical repertoire, as well as in more contemporary works (notably Stravinsky's The Rake's Progress and Zimmermann's Die Soldaten) and is heard on many recordings from Deutsche Grammophon, EMI, Erato, Sony Classics et al.
His recording of Bach’s Goldberg Variations, released on Delos International in 2001 received excellent reviews throughout the world. John von Rhein of the Chicago Tribune named it as one of 2001’s top ten classical CD’s, an honor that was also accorded to Mr. Vinikour’s recording of Bach’s Toccatas in 1999. Mr. Vinikour’s 2009 Delos release of Handel’s 1720 Suites for Harpsichord has received wide critical acclaim (American Record Guide naming it the finest recording of these works). Partnering with flautist Joshua Smith, their recording of Bach’s sonatas for flute and harpsichord is garnering attention from around the world. His debut recording for Sono Luminus, the complete harpsichord works of Jean-Philippe Rameau, was nominated for a Grammy® award, in the category of Best Classical Solo Instrumental Recording in 2012.
Recent appearances include his debut as conductor/soloist with the Hong Kong Philharmonic, as well as an appearance with the Chicago Lyric Opera in Handel's Rinaldo - earning exceptional praise from the press. He performed Poulenc's Concert Champêtre with the Nertherlands Radio Chamber Orchestra, under Benjamin Levy's direction. Mr. Vinikour directed the Korea Chamber Orchestra (Seoul) in an all-Bach programme in May, 2012, and was guest director of musicAeterna (based in Perm, Russia) in a mixed programme, and has co-directed (with violinist Monica Huggett) Juilliard415 Baroque Orchestra at Carnegie Hall, accompanying soprano Dorothea Röschmann and counter-tenor David Daniels. Mr Vinikour has given master-classes for Rocky Ridge (Colorado) Music Center, the Austrian Baroque Academy in Gmunden, Austria; the European Academy at the Palazzo Ricci Montepulciano; the University of Chicago, the Gnessin Academy, and the Tchaikowsky Conservatory.