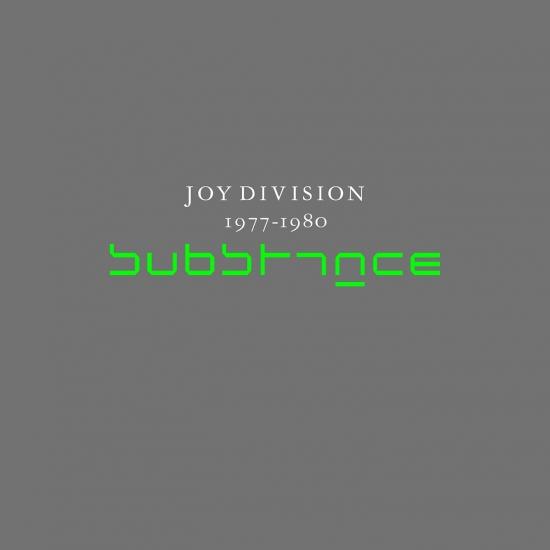 Substance is a singles compilation album by the post-punk band Joy Division, released on Factory Records in 1988. It is the companion to a similar singles compilation by their subsequent band New Order, also entitled Substance. It peaked at #7 in the UK album chart and #146 on the Billboard 200, the band's only chart appearance in the United States. It also reached #15 in New Zealand and #53 in Australia in August 1988.
„After New Order released their own Substance compilation in 1987, it was perhaps inevitable that a similar and long-overdue collection would apply to Joy Division, especially given the out-of-print status of many of the band's singles. The end result turned up in 1988, and as a listen easily demonstrated that the same sheer sweep and energy that applied to the band over a full-length album similarly worked, even more so, with the focus of a 7' or 12' release. Though the earliest tracks like 'Warsaw' and 'Leaders of Men' were a strange sort of art punk, there was already something distinct about the group, and by the time of 'Digital' and 'Autosuggestion,' it was perfectly apparent. The former centered around Curtis' circular declarations of repetition and angst, while 'Autosuggestion' builds up slowly, carefully, before an invigorating final rush. After that, 'Transmission,' a cold blue laser light of power, sneaking on an echo of synth and Hook's commanding bass before Morris, recorded brilliantly by Hannett, simply takes control. And from there, up and up, the whole band reaching a peak with Curtis' anguished scream 'And we could dance!' As gripping as that is, by the time of its final singles, Joy Division outstripped even that -- 'Atmosphere' and 'Dead Souls' arguably make some of the best singles ever, the former a haunting, minimal call, the latter an ever more wired and explosive portrait of demand on a soul, from some inescapable outside force. Then, of course, 'Love Will Tear Us Apart,' Joy Division's eternal calling card, the inadvertent final bow, the blueprint for endless cover versions, a portrait of love and connection endlessly turning in on itself to destruction, set to a beautiful melody and one of the band's warmest performances ever. All this and, on CD, a slew of the B-sides as well -- the best adjunct to the two albums anyone could want.“ (Ned Raggett, AMG)
Ian Curtis, vocals
Bernard Sumner, guitar, synthesizer
Peter Hook, bass
Stephen Morris, drums
Recorded December 1977–March 1980
Produced by Martin Hannett, Joy Division
Digitally remastered 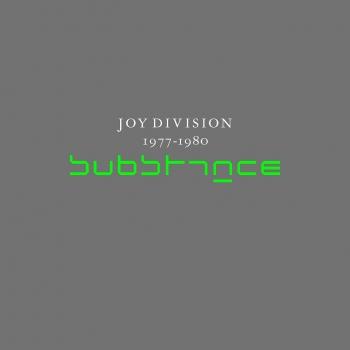 Joy Division
were an English rock band formed in 1976 in Salford, Greater Manchester. Originally named Warsaw, the band primarily consisted of Ian Curtis (vocals and occasional guitar), Bernard Sumner (guitar and keyboards),Peter Hook (bass guitar and backing vocals) and Stephen Morris (drums and percussion).
Joy Division rapidly evolved from their initial punk rock influences, to develop a sound and style that pioneered the post-punk movement of the late 1970s. According to music critic Jon Savage, the band 'were not punk but were directly inspired by its energy'. Their self-released 1978 debut EP, An Ideal for Living, caught the attention of the Manchester television personality Tony Wilson. Joy Division's debut album, Unknown Pleasures, was released in 1979 on Wilson's independent record label Factory Records, and drew critical acclaim from the British press. Despite the band's growing success, vocalist Ian Curtis was beset with depression and personal difficulties, including a dissolving marriage and his diagnosis with epilepsy. Curtis found it increasingly difficult to perform at live concerts, and often had seizures during performances.
On the eve of the band's first American tour in May 1980, Curtis, overwhelmed with depression, committed suicide. Joy Division's posthumously released second album, Closer (1980), and the single 'Love Will Tear Us Apart' became the band's highest charting releases. After the death of Curtis, the remaining members reformed as New Order, achieving critical and commercial success.
On 20 July 1976, Sumner and Hook (who had been friends since the age of eleven) separately attended the second Sex Pistols show at the Manchester Lesser Free Trade Hall. The following day Hook borrowed £35 from his mother to buy his first bass guitar. Sumner later said that he felt that the Pistols 'destroyed the myth of being a pop star, of a musician being some kind of god that you had to worship'. Inspired by the performance, Sumner and Hook formed a band with their friend Terry Mason, who had also attended the show. Sumner bought a guitar, and Mason a drum kit. They invited schoolfriend Martin Gresty to join as vocalist, but he turned them down after getting a job at a local factory. An advertisement was placed in the Virgin Records store in Manchester for a vocalist. Ian Curtis, who knew the three from meeting at earlier gigs, responded and was hired without audition. According to Sumner, 'I knew he was all right to get on with and that's what we based the whole group on. If we liked someone, they were in.'
Buzzcocks manager Richard Boon suggested the band call themselves the Stiff Kittens, and they were billed under this name for their first public performance, but the band instead chose the name Warsaw shortly before the gig, in reference to the song 'Warszawa' by David Bowie. Warsaw played their first gig on 29 May 1977, supporting the Buzzcocks, Penetration, and John Cooper Clarke at the Electric Circus. Tony Tabac played drums that night after joining the band two days earlier. Mason was soon made the band's manager and Tabac was replaced on drums in June 1977 by Steve Brotherdale, who also played in the punk band Panik. During his tenure with Warsaw, Brotherdale tried to get Curtis to leave the band and join Panik and even got Curtis to audition for the band. In July 1977, Warsaw recorded a set of five demo tracks at Pennine Sound Studios, Oldham. Uneasy with Brotherdale's aggressive personality, the band fired him soon after the demo sessions. Driving home from the studio, they pulled over and asked Brotherdale to check on a flat tyre; when he got out of the car, they sped off.
In August 1977, the band placed an advertisement in a music shop window seeking a replacement drummer. Stephen Morris, who had attended the same school as Curtis, was the sole respondent. Deborah Curtis, Ian's wife, stated that Morris 'fitted perfectly' with the other men, and that with his addition Warsaw became a 'complete 'family''. In order to avoid confusion with the London punk band Warsaw Pakt, the band renamed themselves Joy Division in early 1978, borrowing their new name from the prostitution wing of a Nazi concentration camp mentioned in the 1955 novel The House of Dolls. The group recorded another demo at Pennine Studios in December, and played their first gig as Joy Division on 25 January 1978 at Pip's Disco in Manchester.