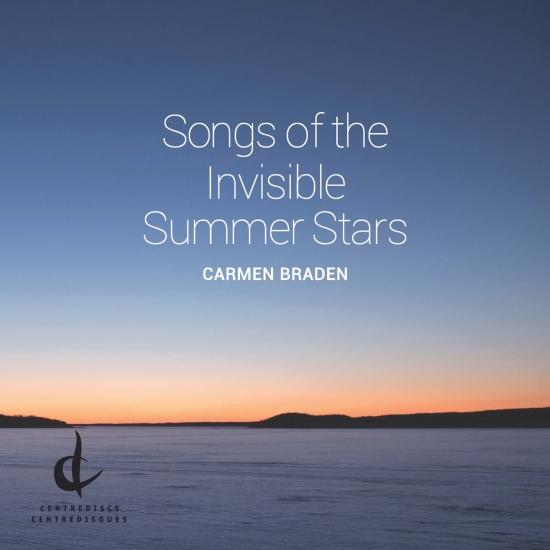 Info for Songs of the Invisible Summer Stars

Carmen Braden is a composer and performer from Yellowknife Northwest Territories. In her music Carmen explores elements of the sub-Arctic environment (and humans as one of those elements) through her human senses and imaginings, seeking beauty and transformation in small details, vast landscapes and subtle soundscapes.
Her works have been played by the Toronto Symphony Orchestra, James Ehnes, the Gryphon Trio, the Penderecki Quartet, the Elmer Iseler Singers, Stratford Theatre Festival, Canadian Chamber Choir, the Land’s End Ensemble, and the Eckhardt-Gramatté National Music Competition. As a performer, Carmen has played intimate theatres and main stage festivals, and is “growing into the role of acoustic ambassador of the Canadian Subarctic” (Musicworks). She released her first studio album, Ravens, in 2017 on Centrediscs with the Canadian Music Centre. 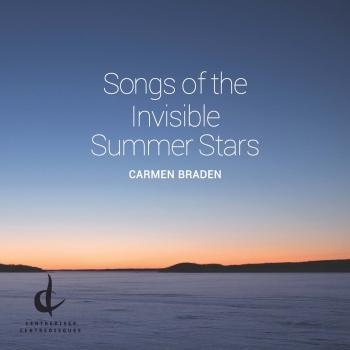 Songs of the Invisible Summer Stars 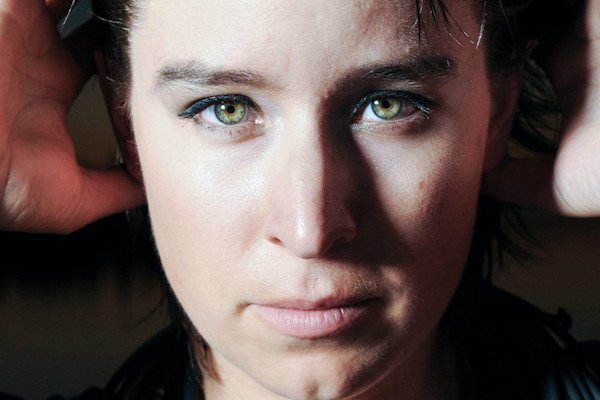 Carmen Braden
is a versatile, genre-jumping musician from the Canadian sub-Arctic. She is a WCMA-nominated composer / performer based in her hometown of Yellowknife, Northwest Territories. Hailed as “a talented, bold musician” (Up Here Magazine), Carmen is a life-long Northerner whose music has been described as “drop-dead gorgeous” (Ottawa Citizen). Carmen’s debut album Ravens was released by Centrediscs in 2017 with her sophomore release due out in 2019.
Carmen performs her quirky folk songs with jazz-inspired ensembles, often dipping seamlessly into her classical explorations. From intimate theatre stages to folkfest mainstages, Carmen’s “songs tenderly blew dust from places in my heart I didn’t realize needed it so badly.” Carmen performs as a trio or quartet and offers customized workshops on music education, composition, and improvisation. As a composer, Carmen is hailed as one of Canada’s top composers to watch. Her music has been commissioned and performed by, a/o, the Toronto Symphony Orchestra, Elmer Eisler Singers, Gryphon Trio, Cheng Duo and at the ArtArctica Festival (Finland), Stratford Summer Music, and Global Composition (Germany).
Both Carmen’s songs and her contemporary classical music are tied to her northern soundscape. She draws from her environment by examining natural+human phenomena through sonic, visual, sensual and scientific ways of understanding. Her creative journeys have led her into deep study of lake ice, northern life, raven calls, bedrock… Carmen often collaborates with other mediums including dance, theatre, film, and story-telling.