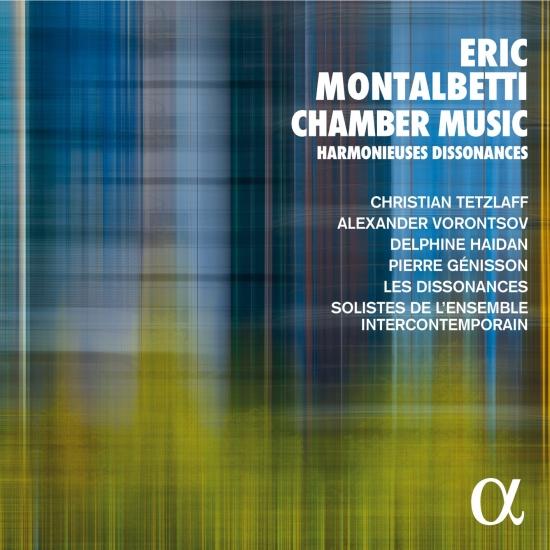 Harmonieuses Dissonances: that is the title of the string quartet that closes this second album of music by Eric Montalbetti, but above all it is a statement of the very subject of the works assembled here: they start out from heterogeneous elements, like the diversity of the people we know, or of our moods and thoughts, and aim – through encounters, comparisons, organisation or a search for common ground – to find the meaning of a life that we hope will, in the end, be harmonious. Since the first album of his music, Solos, appeared in 2016, Eric Montalbetti has been fortunate enough to hear seventeen of his scores come to life thanks to some wonderful musicians in France, Germany, Netherlands, Romania, Spain, Japan and Korea. Two duos (including a Hommage à Matisse), a piano trio and a string quartet, were premiered and have now been recorded by Christian Tetzlaff and Alexandre Vorontsov, Delphine Haidan and Pierre Génisson, the soloists of the Ensemble intercontemporain and the Quatuor Les Dissonances.
Alexander Vorontsov, piano
Christian Tetzlaff, violin
Pierre Génisson, clarinet
Delphine Haidan, mezzo-soprano
Hidéki Nagano, piano
Eric-Maria Couturier, cello
Quatuor Les Dissonances 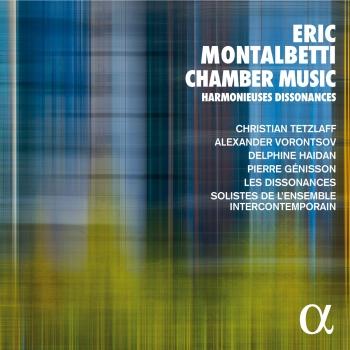 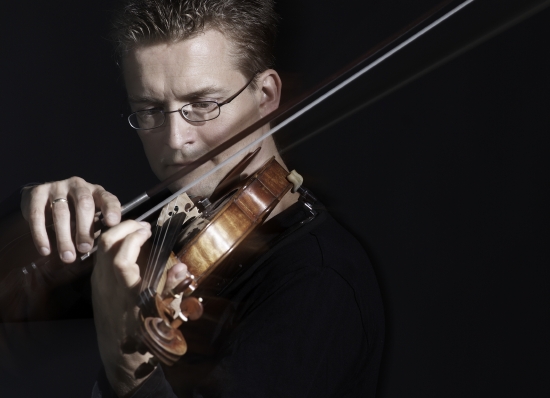 Christian Tetzlaff
“Tetzlaff offered a reading of the Brahms concerto that was at once immensely virtuosic and deeply personal. From his very first entrance, this was viscerally explosive violin playing, but always with a sense of purpose and richness of inner life. (…) But I think what ultimately moves people is the emotional openness and deep sincerity of Tetzlaff’s playing.” (The Boston Globe)
Christian Tetzlaff’s interpretations of the violin concerto repertoire, whether of the classical and romantic period or the 20th century and the contemporary era, are appreciated throughout the world. He is particularly well known for his incomparable performances of Bach’s solo Sonatas and Partitas.
In the 2010-11 season Christian will be appearing in a series of projects as a Carnegie Hall “Perspectives” artist, among them the world premiere of Harrison Birtwistle’s Violin Concerto with the Boston Symphony Orchestra and James Levine, a play-conducting project with the Orchestra of St Luke’s, violin duets together with Antje Weithaas, concerts with the Tetzlaff Quartet and performances with the Ensemble ACJW and Sir Simon Rattle. He will also give a master-class presented by the Weill Music Institute for young violinists and pianists. In Europe he will be performing with the City of Birmingham Symphony Orchestra under Andris Nelsons, the London Philharmonic Orchestra under Vladimir Jurowski, the Philharmonia Orchestra under Esa-Pekka Salonen and the NDR Sinfonieorchester under John Storgårds. He continues to be a regular guest soloist with orchestras including the Berliner Philharmoniker, the Orchestre de Paris, the Tonhalle Orchestra in Zurich, the National Symphony in Washington, the Toronto Symphony, the Swedish Radio Symphony Orchestra and the San Francisco Symphony Orchestra.
Christian performs at major festivals including those in Edinburgh and Lucerne, the BBC Proms and summer festivals throughout the USA. He also gives recitals with chamber partners including Leif Ove Andsnes, Alexander Lonquich and Lars Vogt, as well as his own Tetzlaff Quartet.
Tetzlaff’s discography for Virgin Classics and other labels includes the established concerto repertoire, Bartók Sonatas with Leif Ove Andsnes and the three Brahms Violin Sonatas with Lars Vogt. Christian Tetzlaff has received several awards for his recordings, among them the Diapason d’Or (twice), the Edison Prize, the Midem Classical Award, the Echo Klassik prize and several Grammy nominations. His recent solo recording of all of Bach’s solo Sonatas and Partitas on the Hänssler label deserves special mention. His recording of Szymanowski with the Wiener Philharmoniker and Pierre Boulez has been recently released, and much anticipated are his renditions of the Schumann Piano Trios with Tanja Tetzlaff and Leif Ove Andsnes.
Christian Tetzlaff plays a violin by German violinmaker Peter Greiner. He lives with his family near Frankfurt.
The Helsinki Philharmonic Orchestra
the first professional orchestra in the Nordic countries, was formed in 1882 – the same year as the Berlin and St. Petersburg Philharmonics. After 40 years of holding concerts in Helsinki’s Finlandia Hall, the Orchestra is shortly to move its activities into a new hall, the Helsinki Music Centre opening in autumn 2011.
In addition to giving 70-80 concerts each year in Helsinki, the Helsinki Philharmonic Orchestra regularly undertakes tours abroad; the furthest afield have been to North and South America, Japan and China.
For the first five decades the HPO’s Chief Conductor was its founder, Robert Kajanus. Between 1892 and 1923 it gave the premiere performances of most of the symphonic works by Jean Sibelius with Sibelius himself conducting. Kajanus has since been succeeded by conductors such as Paavo Berglund, Okko Kamu and Leif Segerstam. John Storgårds first conducted the HPO in 1994. He held the position of Principal Guest Conductor from 2003 to 2008 and in autumn 2008 he became the orchestra’s 12th Chief Conductor.
Recordings made by the HPO for Ondine of works by Sibelius, Rautavaara and others have won widespread international acclaim. Luonnotar with soprano Soile Isokoski won the MIDEM Classical Award at Cannes and the BBC Music Magazine’s Disc of the Year Award in 2007. The recording of Sibelius’s Kullervo in turn won the Diapason d’Or in Paris. A discs of works by Rautavaara have likewise won international prizes. The most recent releases, of music by Klami and Sibelius conducted by John Storgårds, have elicited highest critical acclaim.