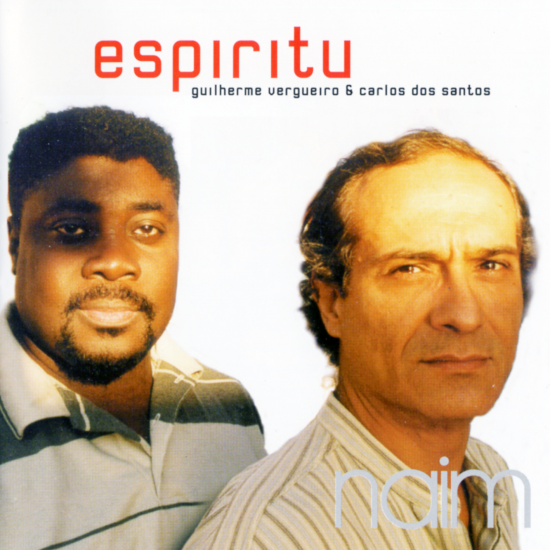 ‘Espiritu’ is a remarkable album. It is full of beautiful Brazilian melodies which are perfectly suited to being played on piano and the magical seven stringed guitar. Guilherme and Carlos are wonderful musicians who make this album a sheer joy to listen to, and whose playing faultlessly complements each other.
The music has an effortless quality to it; relaxing yet full of hidden depths on repeated listening. The combination of the piano’s percussive qualities and the crystal clear guitar with its cheeky extra string make for a truly revelationary album.
It's hard to find the right words to describe this very special recording. I guess poignant, simple, lyrical and all so musical would be an appropriate description. This duo recording features pianist Guilherme Vergueiro and guitarist Carlos Dos Santos. If you love the atmosphere created while listening to the music of Antonio Carlos Jobim, you will come to realize that Espiritu is a classic recording not only of the past year but in a long long while. these two musicians create a symbiotic relationship that transcends music and life to create a masterpiece.
The opening 'Ternura' is a ten minute plus excursion into how to play softly and effectively. Both musicians listening carefully to one another and focusing on the piece and what it has to offer. sweeping notes played soothingly as if enveloped by a gentle wave. Repeated listening offer a more introspective journey and sets the stage for what is to follow.
'Ingenuo' sounds like the 1960's song 'More'. It's upbeat tempo gracefully careens the listener into a breezy atmosphere full of life and possibilities.
The piece 'Simply Simple' is a mid tempo arrangement showcasing the talents of these two musicians. You have a sense that they are playing 'together' as one, in tune with each other and delivering another gem. Carlos's gentle strumming compliments Guilherme's evocative style.
The rest of this recording is more of the same great playing to fine pieces. This is a recording that warrants many listens and is sure to please many listeners to this form of music. Effortless in it's execution yet musical in it's revelations, Espiritu is one of the most beautiful recordings to come along in many years. (Lee Prosser, jazzreview.com)
“Everything about this music is tasteful” (David Freeman)
Guilherme Vergueiro, Piano
Carlos Dos Santos, Seven String Guitar 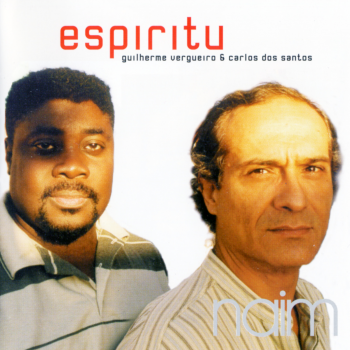 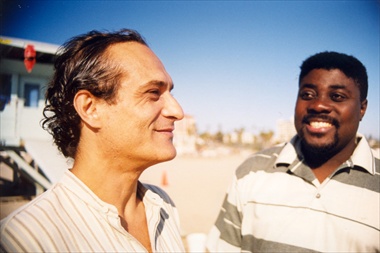 Guilherme Vergueiro
began his musical studies with his grandfather, the renowned classical Brazilian pianist Guilherme Fontainha, and his assistant Fumiko Kuwanami. His professional career began in 1970, when started playing in the nightclubs of São Paulo and Rio.
In a dark time of civil unrest in Brazil, Guilherme moved to New York in 1975 and soon hit it off with all of the big Apple scenesters. He grafted hard on New York's club circuit, soaking up American jazz and fusing it to his Bosa Nova roots to create a unique style of piano jazz. Guilherme returned to Brazil in 1979 with a fresh outlook on instrumental music and enjoyed several world tours and collaborations with key Brazilian musical figures. After moving to Los Angeles in 1990, Guilherme formed the Brazilian Big Band, and there he has settled, often returning to Brazil to satisfy the appetite of his many fans there.
In 2000, Guilherme met Brazilian seven-string guitarist Carlos Dos Santos in LA for a special one off encounter for Naim Label.