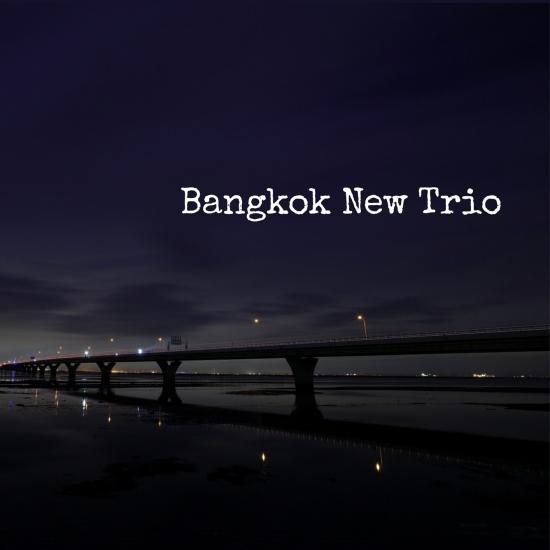 Bruno Brugnano's Bangkok New Trio have released a rich tapestry of sounds and influences on their self-titled debut. The group has been playing around Bangkok for the last 10 years - finally they have committed some of their sound to the digital realm. Bruno Brugnano is a highly regarded composer having worked on many movie soundtracks, TV, commercials and hit records. In fact, the tune “Pleasure Factory” is a reworking of the theme tune for the movie of the same name.
This incarnation of the trio consists of Bruno Brugnano (electric guitar, guitar synth), Didier Mpondo (drums, percussion and vocals), and Craig Kickbush (6 string bass and effects, piano). While rooted in jazz, the album ventures into African music, progressive rock and soundscapes. Between the main tunes are vignettes titled "Newsflash" - opportunities for each member to produce their own interlude and as a way to suggest at other directions for the group.
The album came about from the group playing at a well known Okinawa restaurant "Kinjo". Mr. Otaka loved the group so much he offered to executive produce an album. It was recorded at the massive Studio 28 in Bangkok, helmed by Gabriele Guidi. The Bangkok New Trio have since performed at Kinjo’s performance space “Live Cube” several times since then.
Overall the album has a dark beauty to it, but starts with a swinging head in “Safe Haven”. Craig Kickbush’s “Newsflash #1” is a mixture of warped slowed down loops, synth bass and kalimba.
Pleasure Factory is a melancholic sparse affair, Bruno’s melody simply stated and carries the whole piece. “Newsflash #2” conjures some lush guitar with Didier reciting poetry written by Liberte Missipo. It’s a great segue into “Later”, a brooding instrumental version of the tune written by Craig Kickbush and Gabriel Lynch. It’s final act descends into hell with Didier’s ferocious drumming and Craig’s distorted bass synth and loops building to a climax.
Marvista is a breezy tune by Bruno, understating it’s complex chord structure. It highlights the groups interplay. “Newsflash #3” is Bruno’s dramatic soundbyte – also featuring Craig Kickbush on piano.
Wassame is the album’s triumphant closer, with an infectious melody and African inspired groove. Bruno shines on guitar synth and Didier’s layers of percussion propel it along. The song’s anthemic outro leaves you feeling that while the world has it’s problems, sometimes there’s still joy to be found.
Bangkok New Trio 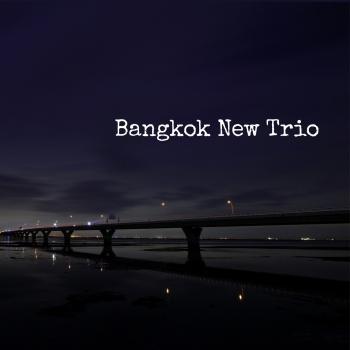 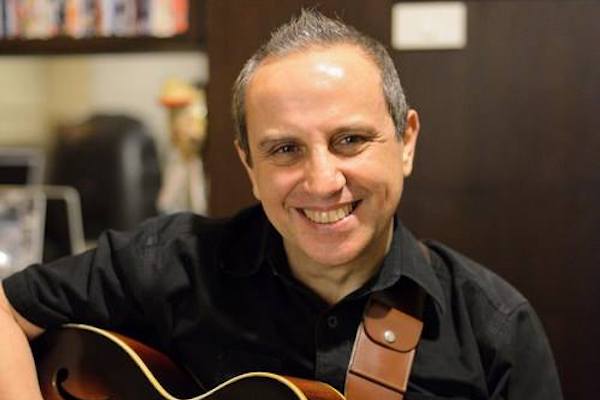 Bruno Brugnano
is an Award Winning Movie Composer and recording artist.
Born in Milan, Italy, Bruno first thought of becoming a jazz guitar player, left Italy in 1990 to pursue music as his life’s work .
Bruno is an honours graduate from the Musicians Institute, College of Contemporary Music in Los Angeles, California, USA, where he studied under guitar legends Scott Henderson, Joe Diorio, Joe Pass and Norman Brown. Ron Eschete, also studied at the prestigious Berklee College of Music in Perugia, Italy, and graduated with a Master’s Degree in Jazz Guitar from the C.D.M. Milan Music Institute where he studied with the legendary Filippo Dacco'.
Bruno moved from Los Angeles to South of Asia where he continued to perform live and started a career as a music producer and music composer
Prior to his freelance career Bruno worked extensively for GMM Grammy Entertainment, Sony, BEC Tero, Polygram, and numerous other major record labels. Bruno has created hit songs and award-winning albums for a diverse array of artists.
Bruno has composed, arranged and produced music scores and original songs for feature films, musicals, documentaries, commercials, television series, multimedia and reality shows and his projects have received awards, and been showed at film festivals around the world.
​ In 1996 Bruno was the arranger and producer for the album and live show held at the Thai Cultural Center in Bangkok in occasion of the 50th Anniversary of Ascension to the Throne of His Majesty King Bhumibol Adulyadej
Bruno has also worked closely with H.R.H Thai Princess Ubolratana Rajakanya, first daughter of the Thai King Rama IX for four consecutive years composing and arranging the music for her feature films and TV programs.
​ in 2018 Bruno had the honor to arrange the new Thai Royal Anthem for King Rama X featuring the Four For Music Orchestra from Sofia. ​
Bruno in 2018 has composed the scores for a wide range of films and documentaries including the new Steven Seagal movies " Attrition " and " General Commander " , a documentary " Ghost Fleet" which is been selected at the Sundance Film Festival and a documentary about the great Architect Mario Botta " Oltre lo Spazio" which open the Locarno Film Festival. ​
Bruno in 2019 has co-composed the soundtrack for " The Devil Child of Nezha " which became China's highest grossing animated film of all time and also first 3D animated IMAX feature film produced in China. ​
He was a guest speaker at the first TED Conference held in Bangkok, and also he's been included in The 300 list (Thailand Leading Expats) for the last six consecutive years ​
Exhibiting a wide stylistic range and facile command of both orchestral, acoustic and electronic composition, Bruno has become one of the most sought-after composers in Asia. ​
Bruno's ability to work in creative partnership with a film's director, as well as his skills as an arranger and engineer add to his appeal
In 2019 Bruno become a member of the Asian Academy Creative Awards Grand Jury ​