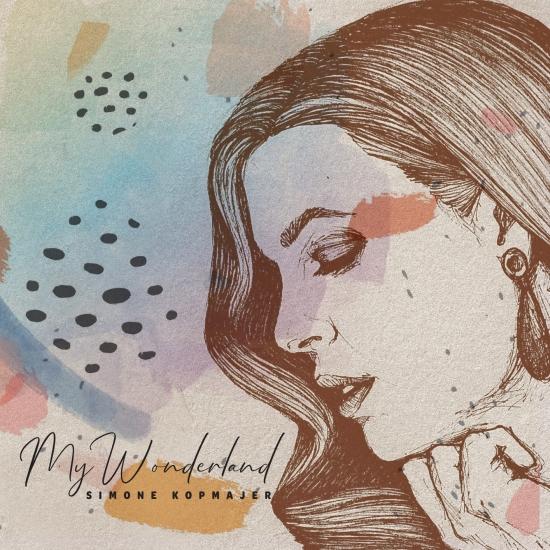 Info for My Wonderland

"My Wonderland" is Simone Kopmajer´s new solo album containing a 12-song set that presents 4 new originals alongside some of the most beautiful Latin Classics (Voce E Eu, So Danco Samba,...) and covers of songs written by Santana and Burt Bacharach. Simone´s sensual voice accompanied by the leader of the Tommy Dorsey Orchestra jazz saxophonist Terry Myers, pianist Paul Urbanek, guitarist Martin Spitzer, bassist Karl Sayer and drummer Reinhardt Winkler makes this album a “must-have“ for all Latin/Bossa Nova fans.
When Simone's first album came out in the US some ten years ago, I wrote, "To the list of young ones to watch, we'll add Simone Kopmajer. Write it down. She's going to be around for a long time."
And here we are, more than ten albums later. Early on, reviewer Alex Henderson wrote of her "delicate vulnerability." But Simone now breathes life into those songs in a way that only women who have experienced the textures of time can master.
"I don't want to call it Best Of,” she said to me. "What about My Favorite Songs?”
Over the years, Simone has slipped me some of the Asian releases. I've been able to watch and listen to her grow as an artist. "I've had a lot of luck," she says, "but I've also worked very hard. Many of those earlier albums are now out of print and people have been asking for an album of my best work.” You should still seek out those out-of-print albums if only to appreciate the full body of Simone's work, her progression as an artist, and the impressive list of musicians with whom she has surrounded herself.
Simone Kopmajer, vocals
Paul Urbanek, piano
Martin Spitzer, guitar
Karl Sayer, bass
Reinhardt Winkler, drums
Guest:
Wolfgang Puschnig, alto saxophone