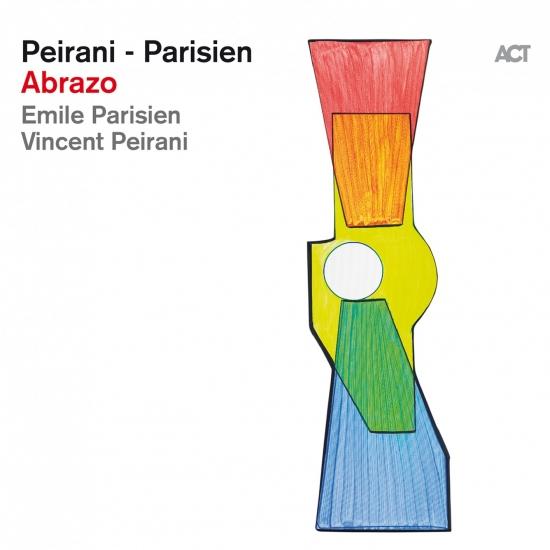 Abrazo. Embrace. A close dance perhaps, but also with the hint of a friendly tussle. Could there be a more fitting metaphor for the duo of accordionist Vincent Peirani and soprano saxophonist Émile Parisien? "It's like a marriage," says Peirani. "In the beginning everything’s just great, wonderful, paradise. But of course, after a while, it also becomes challenging, which is quite normal. "Right now, we're just massively happy playing together." There can be very few musicians who have got to know each other as well as Peirani and Parisien have. They have clocked up well over 1000 concerts together in the past decade, of which more than 600 have been as a duo. They first met in 2012 as members of drummer Daniel Humair’s quartet, and their very first appearance as a duo was an impromptu late-night club set while touring in Korea. "Une ca-ta-strophe! An unmitigated disaster"... Peirani still remembers it vividly. But shortly later, with the benefit of no jet-lag, and also having done some proper preparation, things did fall properly into place at a festival in France, and one of the outstanding line-ups in European jazz was born. In 2014 their first duo album "Belle Epoque" was released on ACT. From then on they started touring, and were soon playing at the leading clubs and festivals in France and Germany and setting off all over the world – to Asia, Latin America, the USA, Canada and throughout Europe. And also appearing in major classical venues such as the Philharmonie halls in Berlin, Hamburg, Essen and the Musikverein in Vienna. And it was not long before international recognition became established, through prizes such as the Echo Jazz, Les Victoires du Jazz, the Preis der deutschen Schallplattenkritik, and numerous awards and ‘best-of’ lists from leading jazz magazines.
"Belle Époque", their 2014 debut album as a duo, was a tribute to soprano saxophonist Sidney Bechet, one of the biggest stars of early jazz in the 1920s and a wonderfully melodic player. Peirani and Parisien have left it nearly six years to produce the follow-up. "Abrazo" is also a salute, this time not to a person but to an art form: to the tango with all its elegance, sadness and rhythmic and melodic power. And as in their debut as a duo, Peirani and Parisien do not reproduce the original repertoire, they prefer to play WITH it.
Furthermore composers of South American imprint such as Astor Piazzolla, Tomás Gubitsch or Xavier Cugat form only a part of the repertoire they have developed. Parisien’s and Peirani's own pieces have a way of moving in the spirit of tango. That is certainly the case for their arrangement of "Army Dreamers" by Kate Bush, an artist for whom Peirani has a profound admiration. The opening track "The Crave" by US-American pianist/ bandleader Jelly Roll Morton – one of the most influential jazz musicians of the early 20th century – establishes a surprising connection to the previous album. It seems as if "Abrazo" and "Belle Époque" are two parts of a suite, and indeed if one listens to albums together, the sense that they have interconnecting common threads is very strong indeed.
What unites all of these disparate elements is the particuarly deep affinity between Peirani and Parisien. One can hear at any moment the astonishingly sensitive way they are able to interact. And another common feature which they have between them is that both stand out currently as among the most important innovators on their instruments anywhere. In a truly magical way, they seem to have a sixth sense which makes everything fall into place. And it seems as if they can source their ingredients just about anywhere: whether it’s traditional or modern jazz, free avant-garde, classical, folklore, rock, electronic, new or old music, they have an irrepressible hunger for the new, and an unquenchable appetite for adventure. This boundless curiosity, this urge to grow together, this imperative to climb ever new levels… these are the elements that meld the duo Peirani & Parisien together and that make them such a unique phenomenon.
Vincent Peirani, accordion
Emile Parisien, soprano saxophone
Recorded by Boris Darley at Studio Besco, December 19 – 22, 2019
Assisted by Léo Aubry & Loïc Colin
Mixed by Boris Darley, Vincent Peirani and Emile Parisien at Studio Holy Oak
Mastered by Klaus Scheuermann
Produced by Vincent Peirani, Emile Parisien 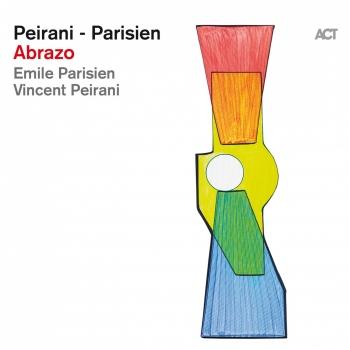 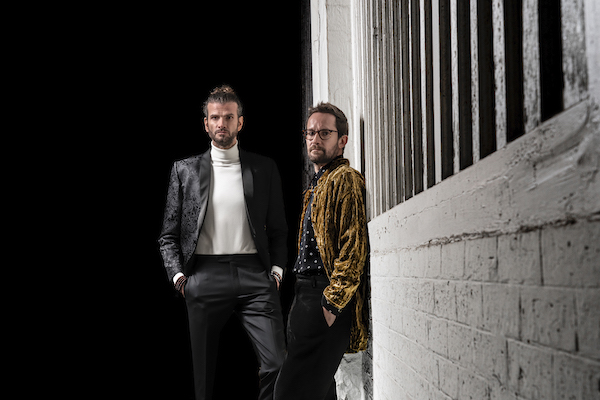