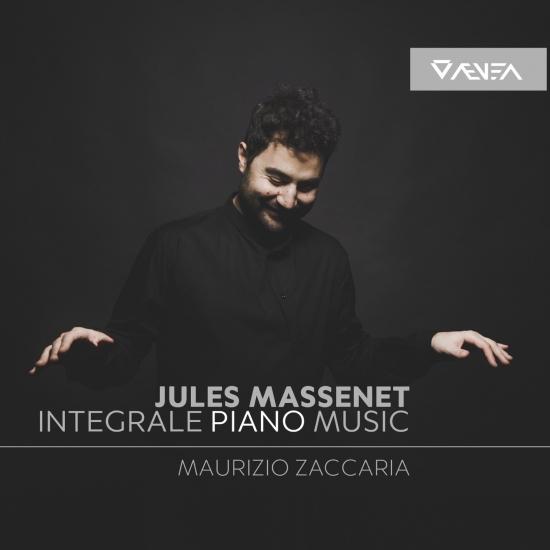 Amongst the operas, the orchestral works and the songs, for which he is very well known, Massenet also wrote a piano concerto and various piano pieces. These include a cycle of Improvisations, Ten pieces "de genre" (Op. 10), 2 Valses, 2 Impressions, and some other separated pieces.
The album includes the recording of two transcriptions derived from famous Massenet's melodies: the Meditation from 'Thais', and the 'Aragonaise' from 'Le Cid'. The character of Massenet's music here is mostly cantabile with some virtuoso and quicker works which give a great variety to the series.
Maurizio Zaccaria is a young talent from Bari who possesses great technical ease and interpretive ability.
The recordings has been captured in the wonderful theatre of Atri, Teramo, using 6 microphones (Neumann and Sennheiser) and Prism Sound top-class equipment.
This evening I‘ve had the great joy to play with young Maurizio Zaccaria performing Rachmaninoff‘s Third piano concerto... Maurizio Zaccaria is a pianist endowed with rare technical and musical means. His interpretation was moving! I wish him a brilliant carrier. (Aldo Ciccolini)
Maurizio Zaccaria, piano