Where You Wish You Were Bill Laurance & Michael League 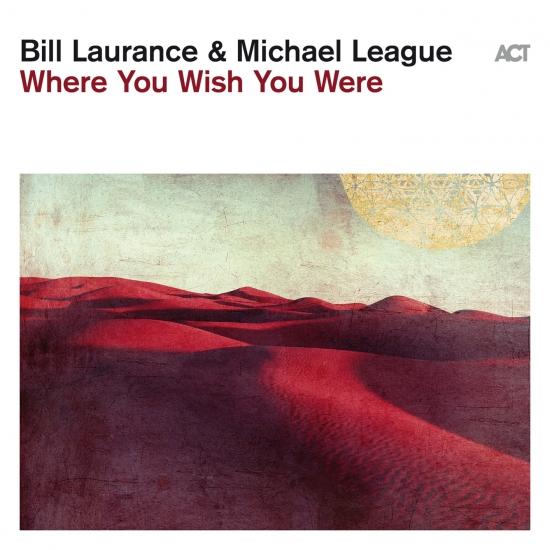 Info for Where You Wish You Were

Snarky Puppy founder, multi-instrumentalist and Grammy winner Michael League and cossover piano icon Bill Laurance take us to an imaginary place full of beauty, peace and energy. Musical escapism, world jazz 2.0 and an invitation to a place where we wish to be.
A mere mention of the names of Michael League and Bill Laurance makes one think of Snarky Puppy. It is now nearly twenty years since Southern California-born bassist/multi-instrumentalist Michael League founded the globally acclaimed, four-time GRAMMY award-winning collective. As for keyboardist Bill Laurance, originally from London, he has been a part of the globe-trotting adventure for nearly as long as League has. So the fact that League and Laurance are now releasing "Where you Wish you Were", their first duo album together, does feel at the same time like a logical development...and also a surprise. Michael League takes a very different role here from the one he does in Snarky Puppy. On "Where you Wish you Were", he is to be heard mainly playing the oud and other acoustic stringed instruments. He takes the view that “we are so much more than the roles we play in the most popular band that we're a part of.” And Bill Laurance adds: "It was only a matter of time before we'd make a record by ourselves. We've been close friends for 20 years now and we've worked together in so many different capacities - with Snarky Puppy, my own band, and in collaboration with other artists. So it just felt like it was a natural thing to do."
Laurance and League became completely taken by the idea of doing something totally different from Snarky Puppy, which is a project on such a large scale, it recently filled London's 12,500-capacity Wembley Arena. The pair kept the idea in mind to reduce the music down to a scale where it could be played by their duo. The recording offered a long-awaited opportunity to explore the intimacy, fragility and clarity which exist within the relationship between two musicians; it was something which they were both keen to achieve. "I think both Michael and I are driven by the idea to push boundaries, which is important. But this album is different," Laurance recalls. “Every single compositional idea has a lot of weight to it, and everything has very specific purpose. There was no rhythm section to hide behind, it was really just about melody and chords. And we were instinctively trying to create a place where people want to go to, that felt comforting. We feel that now, maybe more than ever, there is a need for such places.”
What is particularly surprising, apart from the duo format with its reduced, concentrated approach, is the particular sonic and stylistic character of the music. Bill Laurance, who with his own projects and also with Snarky Puppy, often relies on a mixture of piano and a variety of synthesizers, orchestral arrangements and digital soundscapes, focuses here entirely on the possibilities of an acoustic grand piano, which has been ‘prepared’ with extra felt to dampen the strings. And Michael League, known elsewhere primarily as an electric bassist fired up by jazz and groove, plays a number of mostly fretless stringed instruments of Mediterranean and Oriental origin here – first and foremost the oud, but also a specially constructed acoustic and electric guitar and a West African lute, the ngoni. All these instruments have the quality of being able to imitate the voice, and also offer microtonal possibilities which go way beyond the norms of western music.
These kinds of musical influences have accompanied Michael League since his childhood, and particularly now because his adopted home country, Spain is part of the Mediterranean region: “My family is of Greek ancestry and my brother specializes in Greek folk music, so my first time playing an oud was when I snuck into his room as a 14 year-old. We always had Greek and Turkish music in the house, and over the last almost ten years I've visited Turkey frequently to study. I just love playing the oud but because I've never really taken any lessons, my relationship with the instrument is a bit unrefined. Yet, my oud mentor, the great Armenian-American musician Ara Dinkjian, has been very insistent that I continue to develop my voice on the instrument without formal, traditional studies. He likes the unconventional way in which I approach the instrument. I treat it almost more like a blues slide guitar, and he wants to see what happens if I stay on this course.”
"Where you Wish you Were" has nothing of a world jazz fusion album about it, and was never intended be one. "Bill and I are very clear about not pretending that this project has anything to do with replicating any regional styles with deep roots," emphasises League. "We're committed to creating something that is uniquely ours, even if it retains certain elements of established genres of music." And so it is, as is so often the case in the musical world which is now called "jazz": the universe of personal, musical and sonic influences of the two musicians do not serve to set limits or to categorise, but rather as a vocabulary which allows the two musicians’ own distinctive mode of expression to shine through. With compositions focused entirely on melody, harmony and space, a warm sound and the soulful playing of the two players, League and Laurance have created a place which is not just conducive to dreams; it is a place to which the listener will want to return to again and again.
Bill Laurance, acoustic piano, vocals
Michael League, oud, fretless acoustic bass, fret-less baritone electric guitar, ngoni and voice 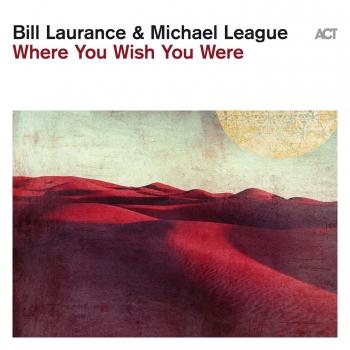 Where You Wish You Were 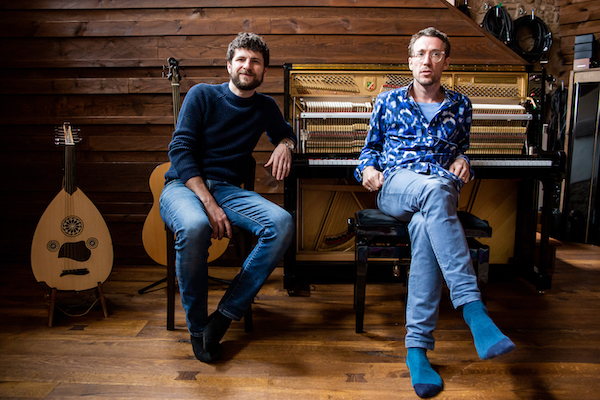 Booklet for Where You Wish You Were