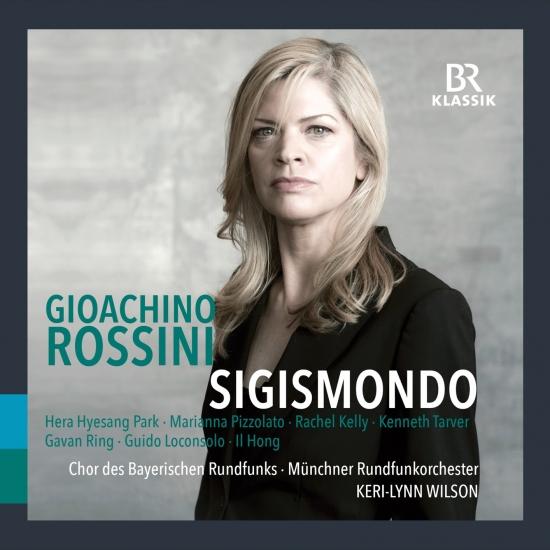 The Italian composer Gioachino Rossini is best known for his operas. Many of their overtures and arias were catchy tunes at the time and have remained so to this day. Although it is Rossini’s comic operas that are primarily performed today, more than half of his stage works are in fact based on serious themes. One veritable rarity is the stage work "Sigismondo", which premiered in 1814 at the famous Teatro La Fenice in Venice but was only ever rarely performed afterwards. Presumably, the story on which it was based had no appeal for the audience at that time, because musically, the work is hardly less impressive than the "Italian Girl in Algiers", written during the previous year, or the "Barber of Seville", which followed two years later. The subject of the opera is, however, based on a long tradition. Rossini shows his protagonist, the fictional King Sigismondo, in extreme states of mental distress. Confusion and insanity reveal inner feelings, and it is only delirium that finally brings the truth to light. This "madness opera" is highly topical, both in its subject matter and its musical language – after all, Rossini is among the top ten most-performed composers of our time. A concert performance of this little-known and unjustly neglected masterpiece was given at Munich’s Prinzregententheater on October 14, 2018 - in the original language, and by performers highly familiar with Rossini’s music, which seems so easy but is in fact extremely difficult to sing. This extraordinary opera event – a festival of singing that received tumultuous applause as well as great critical acclaim – is now being released on BR-KLASSIK as a live recording.
Hyesang Park, soprano (Aldimira)
Marianna Pizzolato, mezzosoprano (Sigismondo)
Rachel Kelly, mezzosoprano (Anagilda)
Kenneth Tarver, tenor (Ladislao)
Gavan Ring, baritone (Radoski)
Guido Loconsolo, bass-baritone (Zenovito)
Il Hong, bass (Ulderico)
Olga Watts, pianoforte
Chor des Bayerischen Rundfunks
Münchner Rundfunkorchester
Keri-Lynn Wilson, direction 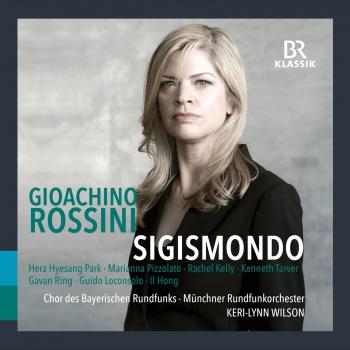