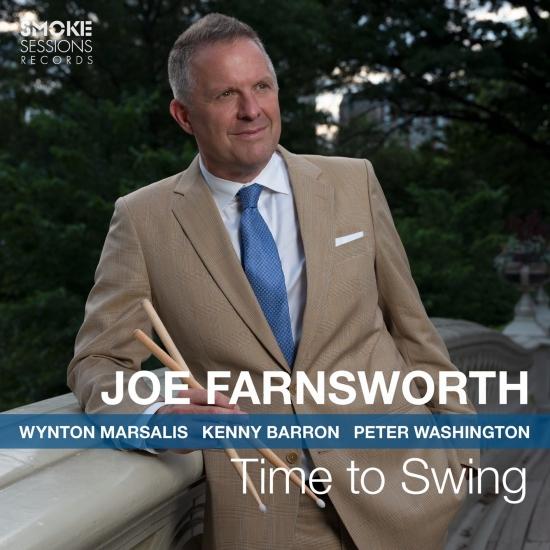 Info for Time to Swing

"Time to Swing" isn't a post-modernist statement but if you like your jazz to swing and sound like it was made in the 1960s or even the 50s then drummer Joe Farnsworth's new record to be released on the Smoke Sessions label in September should be right up your street. Wynton Marsalis joins Kenny Barron, Peter Washington and Farnsworth in quite a line-up the trumpeter featuring in the early part of the album.
"Over the course of many years within the wide parameters of my extended career as a professional musician and educator, it's been only upon special occasions that I've been prompted to use the word "extraordinary" when describing a musician and his possession of special talent. Joe Farnsworth is one of these. Mr Farnsworth's ability as a drummer is near to being absolutely perfect, and with a talent like that, one's ability is not always relegated to one area of expression." (Benny Golson)
"I have Joseph Farnsworth on drums, a great person and a great player." (Pharaoh Sanders, Jazz Times)
Joe Farnsworth, drums
Kenny Barron, piano
Peter Washington, double bass
Wynton Marsalis, trumpet (tracks 1-4) 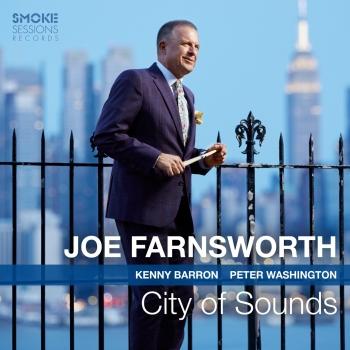 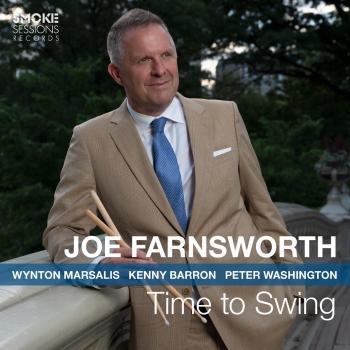 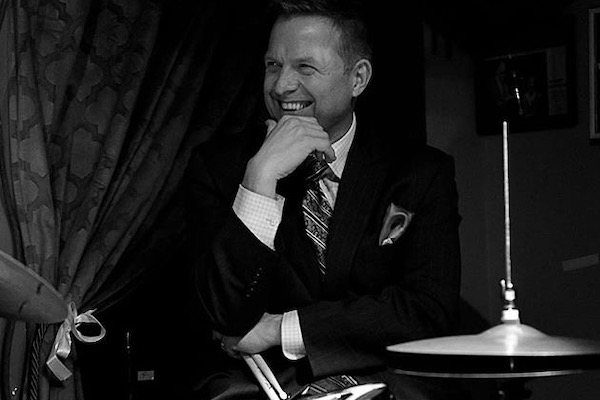 Joe Farnsworth
One of the most highly regarded jazz drummers on the scene today, Joe is known for his blazing speed, precision, musical, and melodic playing.
Born in South Hadley, Massachusetts in 1968, Joe grew up in a musical family; his father was a music educator and he has four older brothers, two of whom became professional musicians.
He studied with Alan Dawson and Arthur Taylor prior to attending and graduating from William Patterson College in New Jersey in 1994 where he began playing with saxophonist, Eric Alexander and guitarist, Peter Bernstein.
Upon moving to New York City, he led the weekend jazz combos at Augie’s (now Smoke Jazz & Supper Club). He performed with Junior Cook, Cecil Payne, John Ore, Big John Patton, Harold Mabern, Eddie Henderson, John Jenkins and his brothers, John and James.
Joseph’s career includes recording over 100 CD’s as leader and side-man, jazz festivals and world tours with Pharaoh Sanders, Horace Silver, Harold Mabern, McCoy Tyner, Cedar Walton, Diana Krall, Benny Golson, George Coleman, Johnny Griffin, Lou Donaldson, Benny Green, Barry Harris, Curtis Fuller to name a few.
He is currently the drummer for McCoy Tyner and a member of the Pharaoh Sanders Quartet, Harold Mabern Trio, and is a founding member of the renowned One for All Quintet.