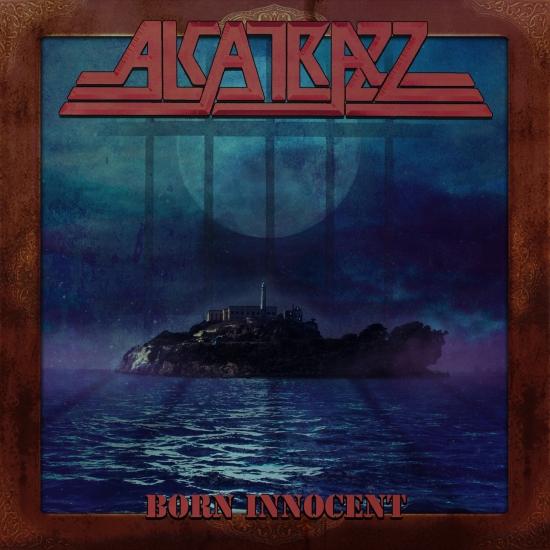 The hard-hitting, melodic heavy metal band ALCATRAZZ will once again throw down a studio gauntlet on July 31st with Born Innocent, their first studio venture since 1986’s Dangerous Games. Alongside the unique vocal prowess and range of star frontman and founding member GRAHAM BONNET, Born Innocent also features fellow founding members JIMMY WALDO and GARY SHEA. And from the classic album art, featuring the mighty rock itself, Born Innocent is a journey into the sort of heavy, melodic and supremely articulated hard rock that is a cornerstone of the likes of RAINBOW and the MICHAEL SCHENKER GROUP, territory ALCATRAZZ successfully strode in the ‘80s before going on hiatus.
Debuting on Born Innocent is the latest of the illustrious ALCATRAZZ guitarists to bring their extreme six-string talents to the band, with Boston-based Berklee College of Music Assistant Professor of Guitar, and one-man metal impresario JOE STUMP perhaps proving the finest of a list which includes the likes of YNGWIE MALMSTEEN and STEVE VAI.
“The name Alcatrazz is a brand name,” announces star frontman and founding member GRAHAM BONNET. “People know what Alcatrazz delivers, and on this album you have the original ideas of Alcatrazz but played in a modern way with new inspiration.”
Mixed and mastered by ANDY HALLER, Born Innocent also sees former stars from BONNET's long career making guest appearances, from CHRIS IMPELLITTERI, who wrote the music and played all guitars on the arpeggio-powered ‘Born Innocent’ with BONNET’s vocals soaring to old-school heights, and BOB KULICK who wrote and laid down guitar for ‘I Am The King’. Virtuoso Japanese guitar maestro NOZOMU WAKAI -a new invitee to the party- similarly wrote and played guitars on the double-kick steel-plated Irish warrior ode ‘Finn McCool’, while STEVE VAI wrote ‘Dirty Like The City’. Meanwhile, ‘Something That I Am Missing’ and ‘Warth Lane’ were written by -and feature the guitar work of- Italian six-string hero DARIO MOLLO, with RIOT bassist DON VAN STAVERN playing bass on the title track, ‘Polar Bear’, ‘Finn McCool’, ‘London 1666’, ‘Dirty Like The City’ and ‘Paper Flags’. Add D. KENDALL JONES’ writing and guitar work on ‘We Still Remember’ and even a quick solo by another new invitee to the ALCATRAZZ mega-sound, ANNIHILATOR’s JEFF WATERS on ‘Paper Flags’ (the second one to be precise), and it’s clear that studio ALCATRAZZ 2020 is one giant piece of rock for sure.
Besides the supreme musicianship, Born Innocent features genuine storyteller lyrics courtesy of BONNET who revels in showing he loves the scent of an entertaining tale, proudly illustrated on the storming lead single ‘Polar Bear’ which bristles with robust old-world adventure. “Take the song ‘Polar Bear’, explains BONNET, “I heard those words “polar bear” and thought it’s an intriguing title because it sounds all cuddly and nice, but it’s not. It’s a story of how when the Eskimo got too old, they would take their lives by sitting in snow, freezing to death and letting the polar bear take the body. The polar bear was very prominent in their lives as a God and also as a way of committing suicide, which is kind of awful. But when an Eskimo loses all his teeth and he could no longer eat, he would lose his strength obviously and then become a weak old man. He could no longer contribute to the tribe, he’d feel his life was useless and so he’d walk out into the snow and sacrifice himself to the bear.”
Though ALCATRAZZ might well have been Born Innocent, their new album shows they obviously learnt some robust and rawkus stuff along the way.
Graham Bonnet, vocals
Joe Stump, guitars
Jimmy Waldo, keyboards
Gary Shea, bass
Mark Benquechea, drums
Mixed, mastered and edited by Andy Haller
Produced by Giles Lavery and Jimmy Waldo 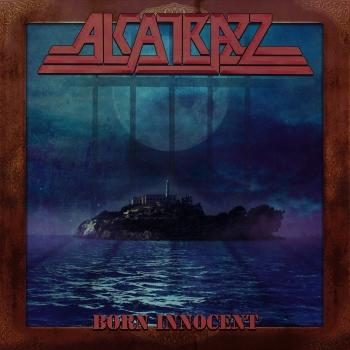 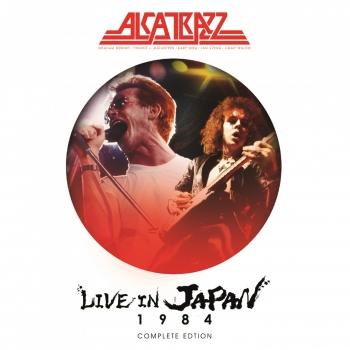 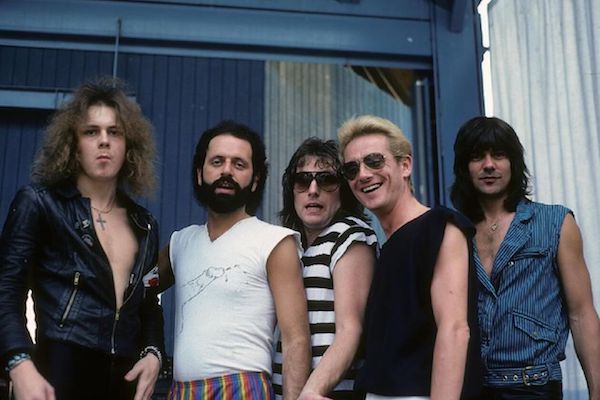 Alcatrazz
The American heavy metal band Alcatrazz was formed in Los Angeles in 1983 by vocalist Graham Bonnet, (Rainbow) bassist Gary Shea,(New England) and keyboardist Jimmy Waldo, (New England). The band was first meant to feature ex-Nazareth guitarist Zal Cleminson and ex-Jethro Tull drummer Barriemore Barlow, but they both had commitments in Europe and pulled out at the last moment. Instead the group found Yngwie Malmsteen through their manager Andy Truman, who had heard about the young Swedish guitarist from a friend at Ozz Records. Guitarist Laurence Juber (Wings) had been auditioned, but was not right for the groups vision. Shea named the group Alcatrazz and Bonnet coined the phrase "Thinking Man`s Heavy Metal"
A number of drummers were brought in including Ayensly Dunbar (Journey), Bill Lordan (Robin Trower), and Clive Burr (Iron Maiden). Jan Uvena (Alice Cooper) was eventually chosen as the groups new drummer. A recording deal was secured with Rocshire/M.C.A. Records and Dennis Mackay (Jeff Beck, Al DiMeola) was brought in to produce.
With the release of their debut album "No Parole", The band played a 40 city tour across North America with Ted Nugent. While headlining in Japan Alcatrazz recorded a live album "Live Sentence", with both albums going gold.
By this time a rift was developing between the band and Malmsteen. They were unhappy about Malmsteen`s constant soloing during their live shows and becoming difficult to work with. A decision was made to find a new guitarist for the band`s upcoming second album.
At this time Alcatrazz entered into a new recording contract with Capitol Records. Ex Frank Zappa guitarist Steve Vai was brought into the fold. Vai had just completed his solo lp "Flexible" and was looking to play music with a harder edge. Producer Eddie Kramer (Jimi Hendrix) was brought onboard and a second tour of Japan was undertaken with Kramer recording sound for the group`s live D.V.D. This gave the band a chance to play new material with a new guitarist, before hitting the studio. Back in Los Angeles 'Disturbing The Peace" was recorded at Cherokee Studios.
The band was very exited about their new direction, but problems with manager Andy Truman emerged. This got in the way of the new album`s release and promotion. Eventually a tour of the Southwest was undertaken but the album was lost. At this time David Lee Roth offered Vai to be the guitarist in his new solo band. Vai took an offer he couldn`t refuse.
Alcatrazz entered into new management with Wendy Dio, wife of Ronnie James Dio. The Niji Management camp suggested Danny Johnson (Rick Derringer, Rod Stewart) as a new guitarist. Johnson was hired and the group recorded their third lp "Dangerous Games". Capitol Records, just off their success with Heart, offered the band some outside material which Bonnet flatly refused, souring the Capitol relationship. With the release of the album, the band again toured North America, but problems with Bonnet`s difficulty to work with and lack of direction, Alcatrazz disbanded in 1987.
Gary Shea and Jan Uvena went on to record with Swedish guitarist Jonas Hansson, while Waldo became a member of Quiet Riot.
Jimmy Waldo and Graham Bonnet recorded under the name Blackthorne, with guitarist Bob Kulick.