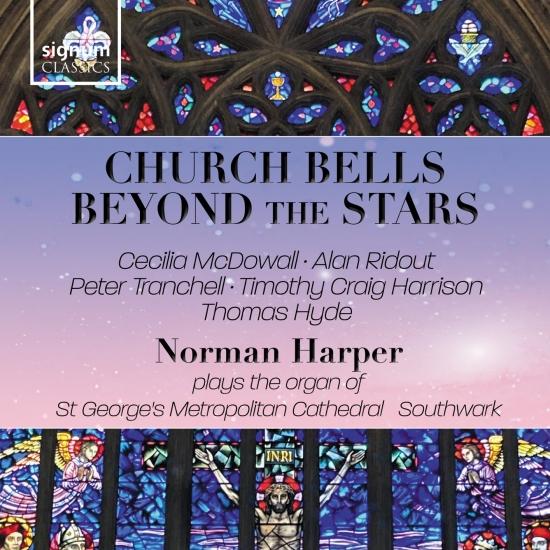 Info for Church Bells Beyond the Stars: The Organ of St George's Cathedral, Westminster

This is the first solo organ album to be made at St George’s Cathedral in recent years. The music has been chosen partly through personal connections, four of the works being previously unrecorded. All five are fine examples of British music of the late 20th and early 21st centuries, each having its origin in a religious subject or plainchant melodies.
The opportunity to explore Cecilia McDowall’s organ and choral music arose through Norman Harper’s connection with Dulwich College Music Department, where Cecilia is composer in residence. Church bells beyond the stars was the first of Cecilia’s organ pieces he performed, and he also introduced her Missa Mariae into the repertoire of St George’s Cathedral Girls’ Choir. Church bells beyond the stars is particularly well suited to the organ of St George’s Cathedral, which is fully enclosed and able to reproduce the frequent dynamic changes, the two hands constantly a degree apart, without changing the tone-colour during the main sections.
Norman recalls hearing Alan Ridout’s Nativity Dances played by Philip Sawyer, the dedicatee and commissioner, in an organ recital at King’s College Cambridge. Philip was organ scholar at Peterhouse, where the Nativity Dances had first been performed. Norman obtained a copy of the unpublished score from Philip many years later and immediately made the dances part of his recital repertoire. ...
Norman Harper, organ 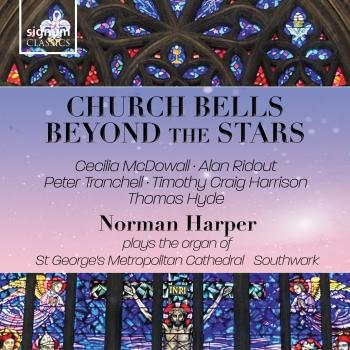 Church Bells Beyond the Stars: The Organ of St George's Cathedral, Westminster

Norman Harper
was organ scholar at Gonville & Caius College Cambridge, where he studied composition with Peter Tranchell and organ with Peter Le Huray and Gillian Weir. His career has included director of music posts at churches and schools in the north-west of England and in London. Most of his compositions have been written for choirs he has directed, including Mass for Lower Voices, for the Lay Clerks of St George’s Metropolitan Cathedral Southwark, and Unison Canticles and Mass of St George for the Cathedral Girls’ Choir. Most recently he composed Magnificat & Nunc Dimittis for the Northern Cathedral Consort. Norman has performed widely as organ soloist and accompanist in the UK and abroad, including solo recitals on BBC Radio 3, and he has accompanied or directed numerous broadcast choral services on BBC radio and television. He commissioned two organ works from the composer Thomas Hyde: Præludium (1996) and Lucis Creator (2005). Norman gave Lucis Creator its premiere in a recital at King’s College Cambridge, and has recorded both works on CD together with music by Timothy Craig Harrison. In 2018 he retired from his post as director of music at St George’s Cathedral and remains active as a composer and organist.