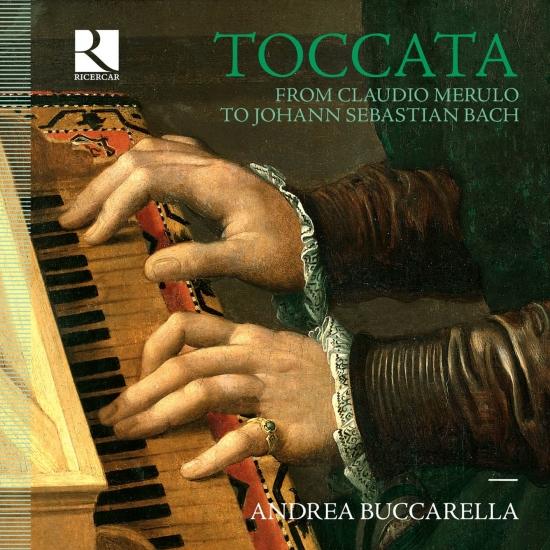 Info for Toccata: From Claudio Merulo to Johann Sebastian Bach

For this first recording, Andrea Buccarella explores the history of the most emblematic form of Baroque music, from its appearance in Italy at the end of the sixteenth century right up to its apotheosis in Johann Sebastian Bach: the toccata. With its inventiveness, its formal freedom, its contrasting effects of virtuosity and emotion, the Italian toccata – whose name probably comes from the verb toccare (to touch/play) – opened the way for the stylus fantasticus that was to dominate Germany in the late seventeenth century. In order to give each period its optimal sound, Buccarella plays copies of four different harpsichords – two Italian, one Flemish and one German – which, in their dates and types of construction, illustrate the principal stages of Baroque instrument making.
Andrea Buccarella, harpsichord 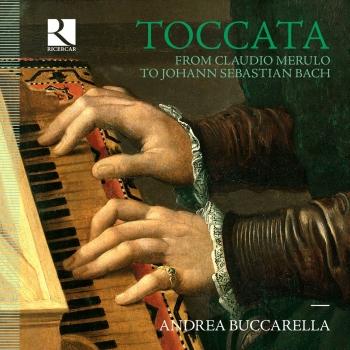 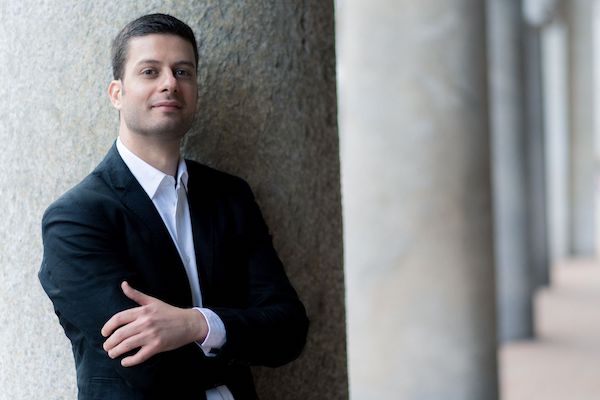 Andrea Buccarella
was born in Rome in 1987 and undertakes his first musical studies as Puer Cantor in the prestigious choir of the Sistine Chapel (1997 – 2000). After obtaining the diploma in organ and organ composition at the Conservatorio di Santa Cecilia in Rome (2008), he graduates cum laude in harpsichord and historical keyboards under Enrico Baiano (2016). In June 2018 he will obtain his master’s degree in harpsichord at the Schola Cantorum Basiliensis under the guidance of Andrea Marcon.
An intense concert activity, both as soloist and as member of orchestras and chamber ensembles, brought him to perform in important festivals in Europe, the USA, Korea and Japan. He took part in several recordings with Concerto Romano, Abchordis Ensemble, La Cetra, Il Pomo d’Oro, Musica Antique Latina and Ensemble Mare Nostrum; moreover, he recorded for several radio stations such as Rai Radio 3, Radio Vaticana, France Musique, Radio Espace 2, WDR 3, ORF Ö1, Radio Televizija Vojvodine (RTV).
In 2012 he became the artistic director and conductor of Abchordis Ensemble. Since then, Andrea dedicated himself to a conscientious activity of research, aiming for the discovery of musical masterpieces of the past which are not performed in modern times, with special focus on the sacred repertoire of 18th-century Italy. He has conducted the Abchordis Ensemble in many important festivals, among others Festival d’Ambronay (France), Internationale Händel-Festspiele (Göttingen, Germany), Festival classique des Haudères (Switzerland), Mars en Baroque (Marseille, France), Les Riches Heures de Valère (Sion, Switzerland), Valletta International Baroque Festival (Malta), Purtimiro Festival, Pavia Barocca, Urbino Musica Antica, Festival Anima Mea and Festival Alessandro Stradella (Italy). Under his guidance the Abchordis Ensemble won the Public Prize at the showcase organized in 2013 by the REMA (Réséau Européen de la Musique Ancienne), and the first prize at the International Händel Competition 2015 in Göttingen (Germany). As harpsichordist and conductor of Abchordis Ensemble, he released two recordings entirely dedicated to the sacred music of Neapolitan Baroque, for the label SONY Deutsche Harmonia Mundi: Stabat Mater (January 2016) and Dies Irae (May 2018). These include unpublished works by Gennaro Manna, Aniello Santangelo and Giacomo Sellitto in their world’s first recording.
As harpsichordist, Andrea has been awarded the first prize by unanimous decision of the jury of the International Competition Musica Antiqua 2018 of Brugge (MAfestival Brugge).

Booklet for Toccata: From Claudio Merulo to Johann Sebastian Bach