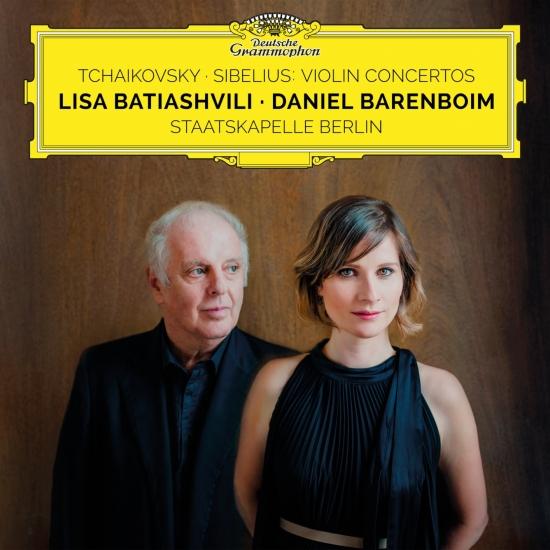 Lisa Batiashvili and Staatskapelle Berlin under Daniel Barenboims baton present an unforgettable version of Tchaikovsky and Sibelius violin concertos, two of the most beloved, passionate and demanding pieces for violin and orchestra.
This album celebrates a happy and consolidated collaboration of one of the finest violinists of our times with one of the best orchestras of the world and the legendary pianist and conductor Daniel Barenboim.
Ten years ago Daniel Barenboim initiated Berlins open-air State Opera for All concert on the historic Bebelplatz. With more than 40,000 spectators each year, it attracts a larger audience than any other classical concert in Germany. In each of the last four years the guest soloist has been Lisa Batiashvili, who on each occasion has performed one of the worlds great violin concertos: Beethoven, Brahms, Tchaikovsky in 2015 and in this year Sibelius.
I absolutely love Sibelius violin concerto. I have the feeling its really a part of my life and of my musical story, because so many things happened around this concerto in my life. The first most important was the final of the Sibelius Competition in 1995 where I performed this concerto for the first time with the orchestra. Lisa Batiashvili
As the youngest-ever participant of the Sibelius Competition, Lisa immediately managed to win the second prize a jump-start to a lightning career.
As Lisa recalls, her musical partnership with Daniel Barenboim started over the phone: Barenboim heard me for the first time during a television broadcast of the Sibelius Concerto with the Finnish Radio Symphony Orchestra. Shortly afterwards he rang me up to congratulate me and ask me if we could perform the piece together.
'I feel that this time with Barenboim and Staatskapelle Berlin, we brought a lot of new insights to it in some ways, even though the ground feeling for me for the piece will always stay the same.' (Lisa Batiashvili)
This version of the Sibelius Concerto brings back a fresh approach to the famous score, by being as true and faithful to the score as possible, and by avoiding all the known and repeated traditional playing conventions and habits.
This album is the first ever recording of Tchaikovskys famous and romantic violin concerto for both, Lisa Batiashvili and Daniel Barenboim.
It was a big surprise to me to hear that he had never recorded Tchaikovsky and it makes it even more special for me. I have the feeling that we really worked on it very closely, because that was my strongest experience with that piece just to work it with him...
„Lisa Batiashvili was the ferocious soloist in Tchaikovsky s Violin Concerto, intense in the first movement, luminous and heartfelt in the second, scintillating in the quickfire finale. It was a faultless performance, enthralling and electrifying.“ (The Guardian)
Lisa Batiashvili, violin
Staatskapelle Berlin
Daniel Barenboim, conductor 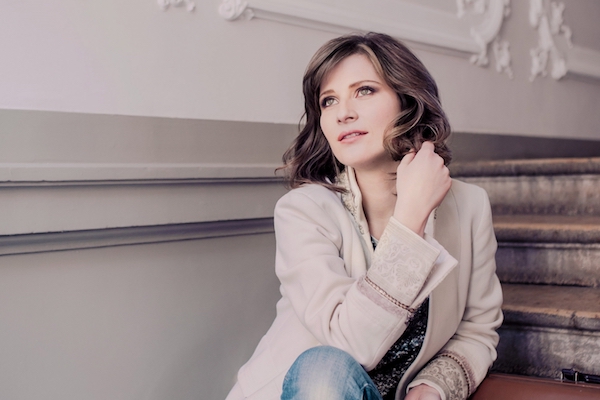 Lisa Batiashvili
Musical America’s 2015 Instrumentalist of the Year, is this season’s Artist-in-Residence with the Accademia Nazionale di Santa Cecilia (Rome). Praised by audiences and fellow musicians for her virtuosity and “profound sensitivity” (Financial Times), the Georgian-born violinist, who has lived in Germany for over 25 years, has developed long-standing relationships with some of the world’s leading orchestras, including the New York Philharmonic, Staatskapelle Berlin, Berliner Philharmoniker, Tonhalle-Orchester Zürich, Chamber Orchestra of Europe, and London Symphony Orchestra.
In the 2017/18 season Lisa will perform the UK premiere of Anders Hillborg’s Violin Concerto No.2 with the BBC Symphony Orchestra (Sarkari Oramo); the concerto was written for and premiered by Lisa in 2016/17 with the Royal Stockholm Philharmonic Órchestra and Sakari Oramo. As part of her residency with Accademia Nazionale di Santa Cecilia, she will perform concertos by Tchaikovsky (Antonio Pappano), and Prokofiev (Manfred Honeck), as well as Bach’s Concerto for Violin and Oboe (Francois Leleux). Later in the season, Lisa will debut with the Orpheus Chamber Orchestra in Carnegie Hall, and tour Europe with the Gustav Mahler Jugend Orchester (Vladimir Jurowski and Lorenzo Viotti), the Chamber Orchestra of Europe (Antonio Pappano), and Dresden Staatskapelle (Alan Gilbert). Other performance highlights include the Orchestre Philharmonique de Radio France (Mirga Gražinytė-Tyla), Munich Philharmonic (Alan Gilbert), and Sydney Symphony (Dima Slobodeniouk).
Last season Lisa was Artist-in-Residence with the Royal Concertgebouw Orchestra as well as Portrait Artist of the Bamberger Symphoniker. She had first-time collaborations with Gustavo Dudamel and Michael Tilson Thomas, as well performances with Christian Thielemann, Andrés Orozco-Estrada and Sir Simon Rattle all of whom she collaborates with regularly.
Recording exclusively for Deutsche Grammophon, Lisa’s latest album, a recording of the Tchaikovsky and Sibelius violin concertos with Daniel Barenboim and Staatskapelle Berlin, received international critical acclaim. Earlier recordings include the Brahms Violin Concerto with Staatskapelle Dresden (Christian Thielemann), and Shostakovich’s Violin Concerto No.1 with Symphonieorchester des Bayerischen Rundfunks (Esa-Pekka Salonen). She has also recorded the Beethoven, Sibelius and Lindberg concertos for Sony. In 2016, EuroArts released a DVD of Lisa’s live Waldbühner performance of Bartok Violin Concerto 1 with Berliner Philharmoniker (Yannick Nezet-Seguin).
A student of Ana Chumachenco and Mark Lubotsky, Lisa gained international recognition at age 16 as the youngest-ever competitor in the Sibelius Competition. She has been awarded two ECHO Klassik awards, the MIDEM Classical Award, the Choc de l’année, the Accademia Musicale Chigiana International Prize, the Schleswig-Holstein Music Festival’s Leonard Bernstein Award and the Beethoven-Ring.
Lisa lives in Munich and plays a Joseph Guarneri “del Gesu” from 1739, generously loaned by a private collector.