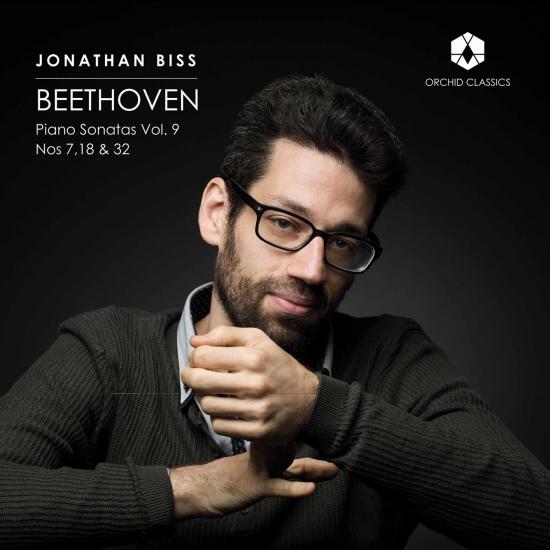 Jonathan Biss concludes his nine-year, nine-volume exploration of Beethoven’s piano sonatas with a recording for our times, one that asks profound questions about mankind’s fragile existence. The final album in his critically acclaimed cycle, set for release on Orchid Classics, brings together three works that each stand as the last of a group of three sonatas. The American pianist begins with a masterwork of Beethoven’s early creative period, the Sonata No.7 in D major, Op.10 No.3. Its stop-start finale, punctuated by silences, prefaces a compelling interpretation of the Sonata No.18 in E flat major, Op.31 No.3, a work that blends unsettling introspection and playful high spirits. Biss ends his Beethoven odyssey with the Sonata No.32 in C minor Op.111, the composer’s farewell to the genre.
Jonathan Biss, piano 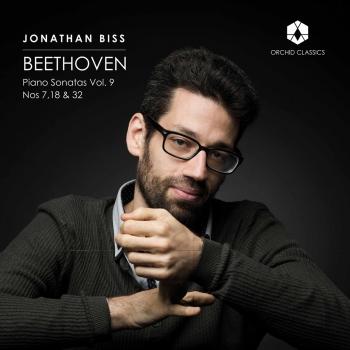 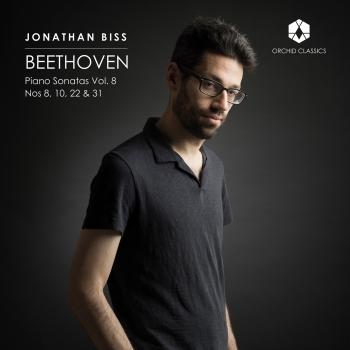 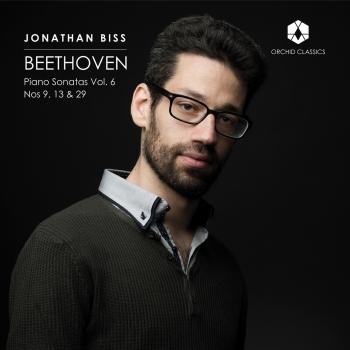 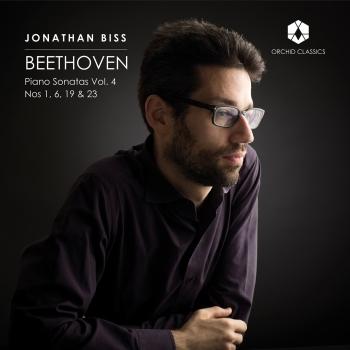 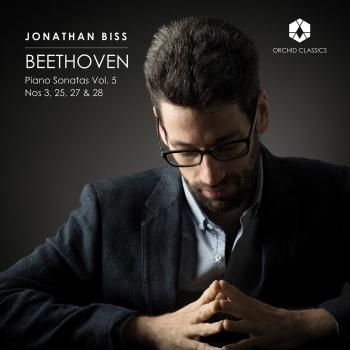 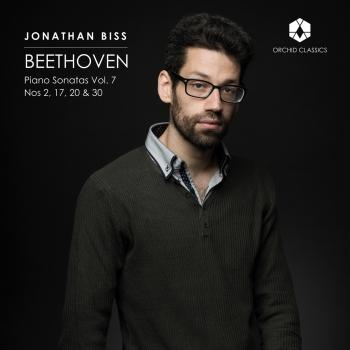 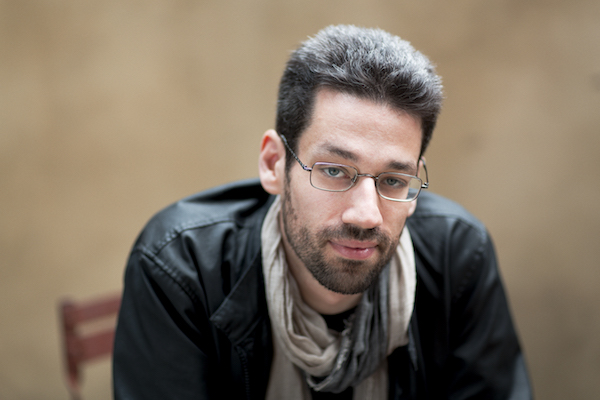 Jonathan Biss
was born in 1980; his professional debut preceded this event by several months, when he performed, prenatally, the Mozart A Major Violin Concerto at Carnegie Hall, with the Cleveland Orchestra under the direction of Lorin Maazel1. Subsequent violin performances have shown greater independence, though they have also been more likely to send listeners running in the opposite direction, wildly searching for Ear, Nose and Throat specialists, and handguns.
Although the highlight of his career as a violinist took place when he was a fetus, Mr. Biss’ childhood was nonetheless saturated with music. With both of his parents playing the violin, and his older brother Daniel taking up the piano, he remembers music emanating from nearly every room in the house, including bathrooms, which, while modest in their decor, were valued for their acoustical properties2.
Given this background, Mr. Biss’s commencement of piano studies at the age of six might seem like a defensive move, but it was in fact entirely offensive: while this adjective may in fact describe the sounds he produced when he began studying, it is simply meant to convey that the motivation to play the piano was entirely his own - his parents had no extra bathrooms to practice in, after all, and were not keen to build an outhouse. Mr. Biss’ enthusiasm manifested itself from the very beginning of his studies, far exceeding his six year-old physical and intellectual capacities3.
This enthusiasm (or, if you take the word of Mr. Biss’s friends and associates, “obsessiveness” and “neurosis”) remains today, as does the feeling that doing justice to great music is an ever unattainable goal4. While this doesn’t necessarily make life easy, it is Mr. Biss’s deeply held sentiment that any other approach would be unthinkable. Or, in his own words, “if I ever stop finding music challenging and life-altering, I’ll quit and become an accountant.”5
Growing up in Bloomington, Indiana, Mr. Biss was blessed with excellent teachers, starting with Karen Taylor - who as his first instructor, helped him give what is still regarded as the definitive performance of the “Middle C Piece,” - and continuing with Evelyne Brancart, who for six years was an invaluable source of information while Mr. Biss weathered what might best be termed an awkward adolescence. At the age of 17, Mr. Biss went to the Curtis Institute of Music, where he studied with Leon Fleisher, which proved a phenomenal learning experience whenever Mr. Biss stopped looking under the piano to see if magic or pharmaceuticals were involved in the production of Mr. Fleisher’s surreally beautiful sound.
Around the same time, Mr. Biss began concertizing, which has led to his present activities, described in other pages of this site. Highlights have included post-natal reengagements with Ms. Fried (with Mr. Biss a less reticent partner this time around), Maestro Maazel, and in November 2007, the Cleveland Orchestra.
While Mr. Biss’s life in music provides him with tremendous satisfaction, playing music remains ever a struggle. He regards it as a pleasure and privilege to live this struggle, and to share its results with other people.