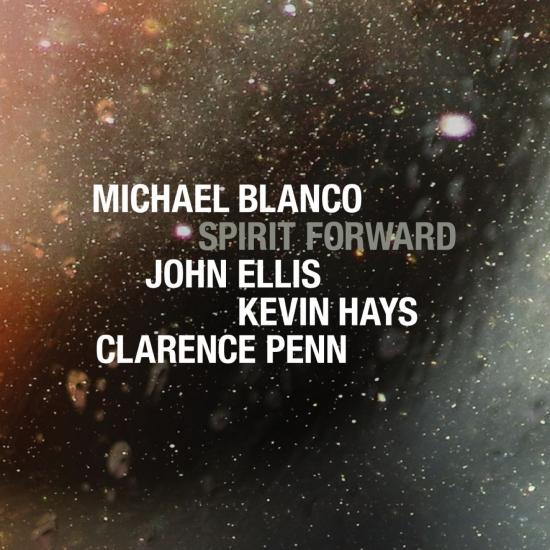 The album title Spirit Forward is a bartending term for a type of cocktail made with strong spirits (like the Manhattan or Martini) that seeks to highlight and enhance the flavor of the base spirit, not to mask its flavor. These cocktails are harmonious and balanced, yet bold. "When choosing Spirit Forward for the album title, I had this definition in mind and how it relates to my music. It’s a good metaphor for how strong musical personalities can come together and create a dynamic unit, while still maintaining their individuality." explains Blanco.
Michael Blanco, double bass
John Ellis, saxophones
Kevin Hays, piano
Clarence Penn, drums 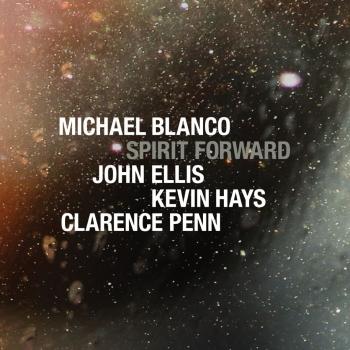 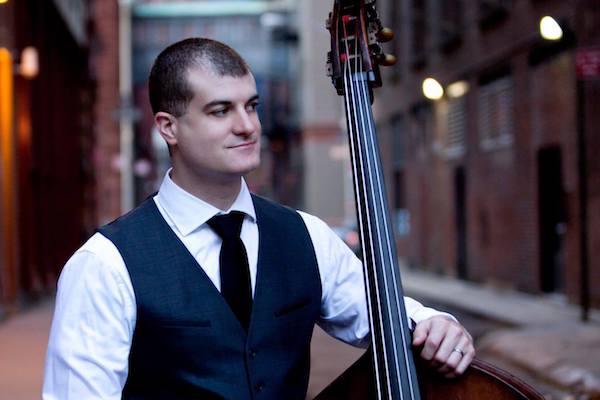 Michael Blanco
is an acoustic and electric bassist living in New York City. He is also a jazz composer and two-time recipient of the ASCAP Foundation Young Jazz Composer Award (2005, 2006) whose third album of original music, Spirit Forward, will be released on October 7, 2016 on Brooklyn Jazz Underground Records. Spirit Forward features eight new original compositions and an all-star band: saxophonist John Ellis, pianist Kevin Hays, and drummer Clarence Penn.
Since moving to New York City in 2000, Michael has performed and recorded with a wide variety of artists at the forefront of the contemporary jazz scene, including saxophonists John Ellis, Rich Perry, Donny McCaslin, Jon Irabagon, and Will Vinson; guitarists Lage Lund, Jonathan Kreisberg, Gilad Hekselman, and Mary Halvorson; pianists Kevin Hays, Aaron Goldberg, Adam Birnbaum, and David Cook; and drummers Clarence Penn, Donald Edwards, Ari Hoenig, Mark Ferber, and Tomas Fujiwara. He has been a member of bands led by Alan Ferber, Bob Reynolds, Shayna Steele, Russ Nolan, Doug Wamble, Patrick Cornelius, John Chin, Richard Doron Johnson, and Frank Basile, among others.
Michael's debut album In The Morning was released in 2006 on the Fresh Sound/New Talent jazz label. Jazz Times magazine praised In the Morning as "a remarkable introduction that leaves one eager to hear more" and described Michael's compositions as having a "dusky, imploring quality, with catchy, insistent hooks and compelling harmonies", while Bass World magazine declared that "His approach to composition is fresh and the arrangements are lush and compelling". Michael's second album, No Time Like the Present, was released in 2013 on Nineteen-Eight Records. No Time Like the Present made Ralph A. Miriello's Best of Jazz 2013 list at the Huffington Post, while Marc Meyers at JazzWax described it as "a beautiful album with compositional depth and technical maturity" and proclaimed "Bassist Michael Blanco understands the meaning of originality - tastefully rolling out your creative vision while keeping the customer satisfied".
Michael has twice been selected by the U.S. Department of State to be an artistic representative for the United States abroad. First, in 2001, he toured South America, Central America, and the Caribbean as part of the Kennedy Center's Jazz Ambassador program. Then, in 2008, he toured the Middle East under the auspices of Jazz at Lincoln Center.
Michael is also in high demand outside of the world of jazz: he has performed in the orchestras of over 30 Broadway shows and is currently the bassist for the 2015 Broadway revival of Fiddler on the Roof. Recent highlights from his busy freelance career include a recording with the legendary violinist Itzhak Perlman, performing on the soundtrack to the Cohen brothers' major motion picture Hail, Caesar!, and a television appearance on USA's Royal Pains, alongside violinist Joshua Bell.
Michael currently leads a jazz group dedicated to performing his original compositions and has performed at major New York City venues including Carnegie Hall, Radio City Music Hall, Town Hall, Birdland, Iridium, Smoke, and Blue Note, as well as smaller important laboratories for jazz like Cornelia Street Cafe, Smalls, ShapeShifter Lab, Barbes, Korzo, IBeam, and The Bar Next Door at La Lanterna.
Although he spends most of his time in New York City, Michael has also had the pleasure of performing in Bahrain, Bolivia, Ecuador, El Salvador, Guatemala, Honduras, Jamaica, Kuwait, Nicaragua, Oman, Panama, United Arab Emirates, Uruguay, Venezuela, and Yemen.