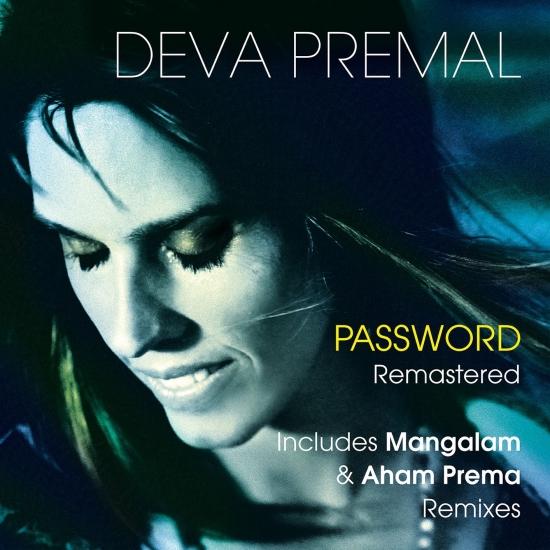 Deva’s enchanting album, "Password", was created with Miten and Manose at the end of their 2010 world tour, and marked an exciting new direction in their unique blending of East and West, embedding the extraordinary energy carried by ancient mantras into a rich fusion of sound and silence. Mantras are passwords that transform the mundane into the sacred says Deva Premal. Password represents a shift in direction for Deva and Miten, with the introduction of Danish producer RajRishi, who brought the cream of Copenhagen's jazz players into the mix. The result is a substantial, musically refined album with sublime arrangements of ancient mantras, complementing Deva's soulful vocals. The album also features Manose, the ever-present bansuri maestro from Nepal. Password takes mantras beyond the ashrams of India and makes them accessible for anyone new to meditation or chanting, while offering a fresh sound for practiced individuals.
Deva’s golden voice, guided by Miten and The Essence producer Rishi, glides through shining soundscapes created by some of the best young jazz musicians in Europe, offering beautiful invitations to return home to our hearts. As Deva notes, “Mantras are passwords that transform the mundane into the sacred.”
“Password is aptly named for it’s like a magic ticket that brings you through blissful golden skyways until you’re right by Deva Premal’s side, exploring the glories and beauty of the every day with new eyes, new ears, and a timeless heart.” (Daily Om)
“As usual, the hugely talented Deva Premal (vocals, tanpura. keyboards), joined by Miten (guitar, vocals) and Manose (bansuri flute, vocals), doesn’t disappoint on Password. Her voice sings these mantras with almost unearthly beauty, peace, and grace.” (New Age Retailer)
“Magical, I use your music in my church for healing services, even workmen we’ve had in have said how beautiful it is. I love Password and all the others. Thank you so much.” (Gosport Spiritualist Church, UK)
Deva Premal, vocals
Miten, guitar, vocals
Gustaf Ljunggren, acoustic guitar, slide guitar
Prem Joshua, sitar
Bindu, Rainer Scheurenbrand, bindu, acoustic guitar
Søren Reiff Jr., electric guitar
Boe Larsen, piano
Lars Danielsson, double bass, electric bass, cello, piano
Moussa Diallo, bass
Peter Düring, drums
Klaus Menzer, drums
Eliel Lazo, bata, congas
Morten Lund, percussion
Yasmin Jalalo, backing vocals (on track 10)