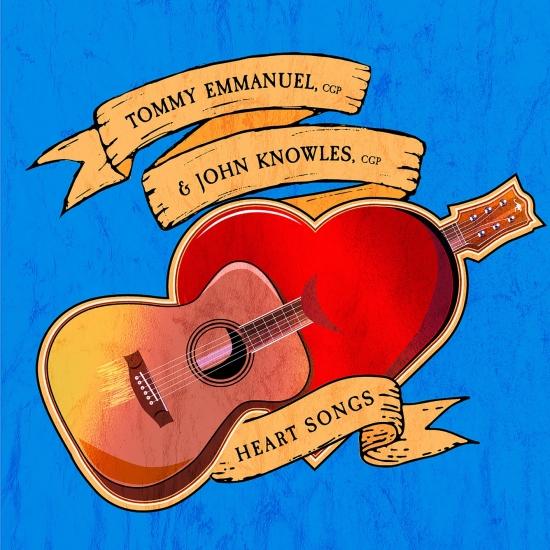 It’s no secret that I owe Chet Atkins a whole lot. Not only did he inspire and enlighten me in so many ways, but he also introduced me to one of my best friends – John Knowles. John is an amazing songwriter, arranger, and guitar player…not to mention a fellow CGP. I’ve worked on many projects with him, and I’ve been lucky enough to tour with him too. After 2 years of recording in our limited spare time, John and I have finally put together an album entitled Heart Songs. About 5 years ago, John and I worked up an arrangement of one of my favorite Bee Gee’s songs, “How Deep Is Your Love”. Whenever we played it live the audiences seemed to love it. We decided to just record a video for it, and we put it up on YouTube. After millions of views and a blessing from the composer Barry Gibb, I thought we may be on to something here. When John and I started diving into arranging some more material, a certain theme started to emerge.
Heart Songs is an album comprised of songs about love and played directly from our hearts. We took some of our favorite classic songs about love and rearranged them into something that we think is really special and challenging. We played country classics such as Hank Williams’ “Cold, Cold Heart” and Don Gibson’s “I Can’t Stop Loving You”. On the guitar, I got to emulate some of my favorite singers like Michael McDonald, Billy Joel, and Bonnie Raitt. We even jumped into a little theatre with songs like “Somewhere” from West Side Story and “Where is Love” from Oliver!. We also added in some original songs like “After Paris” by John and my song “Eva Waits”. This album really was a blessing to make with one of my best friends! I hope you feel the love and the joy oozing out of our hearts, strings, and fingers as you listen!
“If you like guitar playing, it simply doesn’t get any better than Tommy.” (UJason Isbell)
“When I was a kid, I wanted to be in show business. Now I just want to be in the happiness business–I make music, you get happy. That’s a good job.” (TE)
Tommy Emmanuel, guitar
John Knowles, guitar 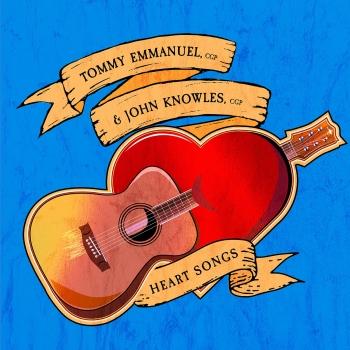 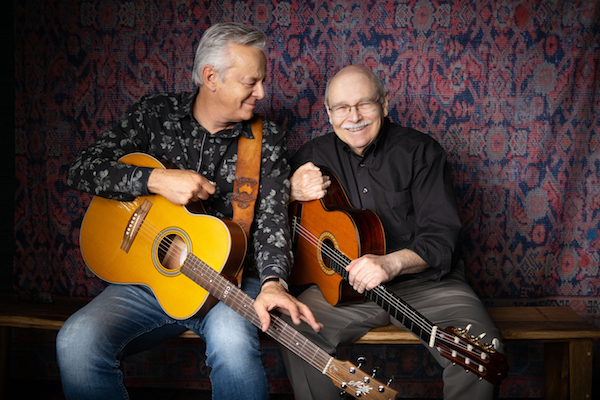