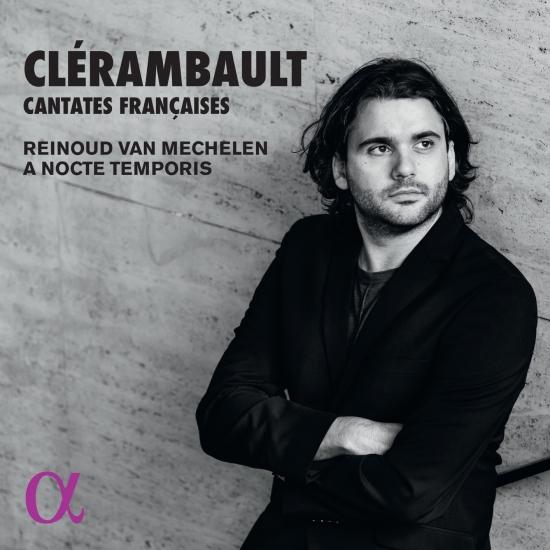 After a Bach album, the tenor Reinoud Van Mechelen and his ensemble A Nocte Temporis present a programme of French music devoted to Nicolas Clérambault (1676–1749), a precociously gifted composer who published four volumes comprising a total of twenty-one cantatas. Reinoud van Mechelen offers us an anthology of these Cantates Françaises set as a succession of recitatives, airs and simphonies, as in a tragédie lyrique. The young Beglian tenor, now aged thirty, pursues an intensive solo career with the leading Baroque conductors (Christie, Pichon, Niquet) but is also keen to develop his personal projects and his ensemble: ‘I’m a purist but without elitism. Music has to appeal to people.
Reinoud van Mechelen, tenor ensemble A Nocte Temporis 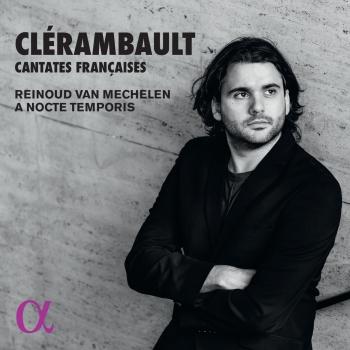 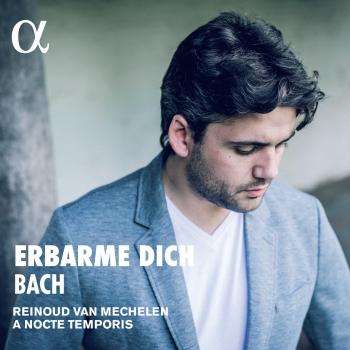 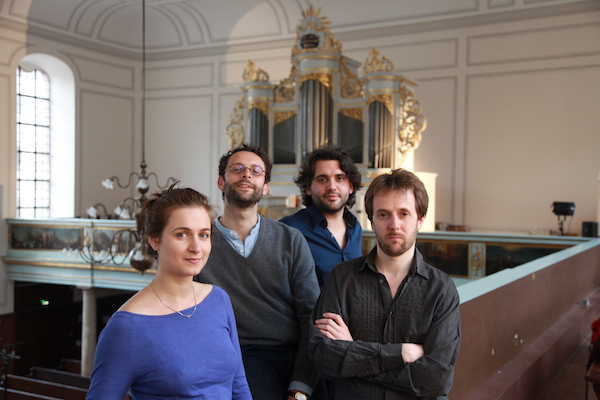 A nocte temporis
Latin translation of the French expression “depuis la nuit des temps”, which means “from time immemorial”. A nod towards the past, towards what is changing, and especially also towards what remains unchanged.
After several years of activity as a soloist with conductors such as William Christie, Philippe Herreweghe, Hervé Niquet, Christophe Rousset, and many others, Reinoud Van Mechelen founds his own ensemble in 2016. His goal is to present historically informed music as well as to emotionally touch an as large audience as possible. For this purpose he surrounds himself with musicians who share this passion with him and who are ready to take up this challenge.
In 2016 he records with a nocte temporis a program dedicated to Bach arias for tenor and flute for the label Alpha Classics (Outhere). In the 16/17 season, they will present this program during concerts in many cities, including Warsaw, Paris, Brussels, Amsterdam, and Pavia.
Reinoud Van Mechelen
Since he completed his master studies in 2012 at the Conservatoire Royal in Brussels (class of Dina Grossberger), Reinoud Van Mechelen has established himself on the international stage.
In 2007 he caught attention at the Académie Baroque Européenne in Ambronay under the baton of Hervé Niquet. In 2011 he was a member of the "Jardin des Voix" of William Christie and Paul Agnew and became soon a regular soloist of Les Arts florissants. With Les Arts florissants he has performed at the Festival d'Aix-en-Provence, the Edinburgh Festival, the Château de Versailles, the Bolchoï Theatre in Moscow, the Royal Albert Hall and the Barbican Centre in London, the Palais des Beaux-Arts in Brussels, the Philharmonie in Paris, the Opéra Comique and the Brooklyn Academy of Music in New York.
At the same time he is a guest with international ensembles such as Collegium Vocale, Le Concert Spirituel, La Petite Bande, Les Talens Lyriques, Pygmalion, Le Poème Harmonique, Il Gardellino, Insula Orchestra, L’Arpeggiata, Ludus Modalis, B’Rock, Ricercar Consort, Capriccio Stravagante, Scherzi Musicali, European Union Baroque Orchestra.
In 2014 Reinoud Van Mechelen performed his first Evangelist in J.S. Bach's Johannespassionwith the Royal Liverpool Philharmonic. The season after he made his debut in a title role in an opera by Rameau, Dardanus, at the Opéra national de Bordeaux.
In 2016/17 he will be debuting at the Zürich Opera in Charpentier's Médée(Jason) under the baton of William Christie. He will go a significant way ahead in extending his repertoire performing in concert Belmonte (Die Entführung aus dem Serail) with the Orchestre de Chambre de Paris and Gérald (Lakmé) with the Orchestra of the Bavarian Radio.
Reinoud Van Mechelen has tooken part in several CD and DVD produktions. In 2016 he is recording his first solo CD for Alpha Classics (J. S. Bach Program, release scheduled in fall 2016).