One by One fatsO 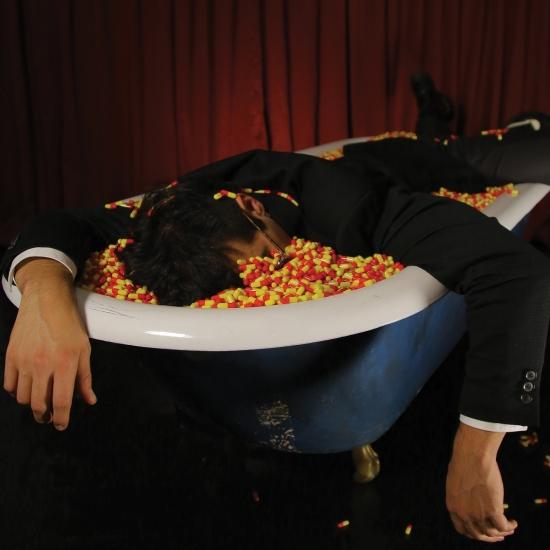 Info for One by One

With "One by One", Colombian bassist, singer and songwriter Daniel Restrepo releases the second studio album for his band fatsO, rooted in jazz, soul and rock. For the record, Daniel Restrepo combined nine songs, peppered with catchy melodies and lyrics full of depth that reflect the band's trademark: a unique rubbing iron voice paired with sad and tender harmonies. Music that is difficult to catalog in traditional genres.
The name fatsO is a reference to the characteristic double bass, which Daniel Restrepo knows how to use masterfully. Together with his voice and instrument, he creates an incomparable mood and brings the moving narratives in the songs to life. The South Americans fatsO convince all over the world with dynamics, perfectly tuned compositions, virtuously played solos and melodies that you can't get out of your head. Live, too, they are completely in their element and create a special atmosphere at every performance that captivates the audience.
Daniel Restrepo, bass, vocals
Santiago Jimenez, guitar
Daniel Linero, saxophone, clarinet
Cesar Morales, drums 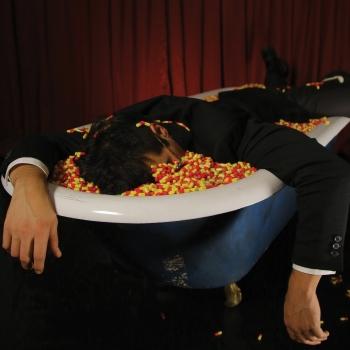 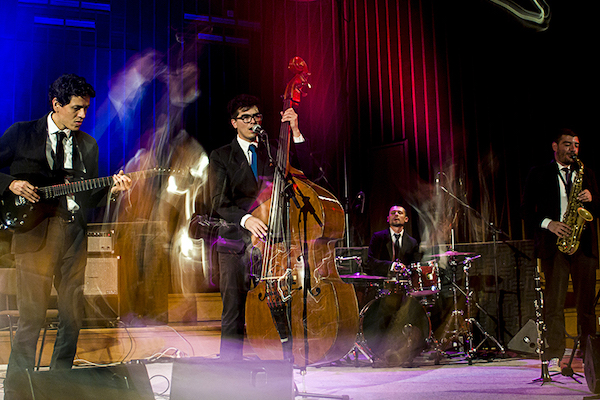 fatsO
fatsO is all about depth and versatility - and unreservedly so in all respects. Behind the band is the Colombian musician Daniel Restrepo with his bluesy-smoky and dark bar voice paired with his sharp lyric style. Add to that a double bass and its incomparable sound, intense narratives about life, peppered with a good dose of sarcasm - all these elements flow into the music and compositions of fatsO. The name of the band project is derived from the fattest "band member", the massive bass instrument of band leader Daniel Restrepo. He is joined by clarinet, guitar and drums.
After the successful debut album "On Tape", the new album "One by One" by fatsO will be released in September 2018, which among other things is about the insatiable and ambitious pharmaceutical companies. With a lot of sarcasm, this topic is processed on the cover.
Not only in the studio the musicians of fatsO know how to convince, also live the band is a class of its own. In the last few years, they have thrilled audiences at Jazzahead Bremen, Jazzfest Bonn, Jazztage Görlitz, Tollhaus Karlsruhe, Jazzhaus Freiburg, Moods Zürich and also at the Sendesaal.
The story of fatsO:
On his way, Restrepo, who spent his childhood and parts of his youth in the United States, has dealt a lot with his origins and his family as well as musical roots. During this time, Daniel also came across the double bass of his dreams, although it is only made in Havana, Cuba. Unfortunately, upon delivery, it was almost completely destroyed and unplayable. Daniel then lovingly repaired and renovated the bass and completely retired with his instrument to work on his first original songs. During these six months Daniel actually composed many songs in peace and wrote the arrangements and lyrics. After that, the whole band went into the studio and the result was the self-titled album "fatsO". Why the name? Daniel gave this name to his double bass.
The band members all come from Bogota's music scene and in turn bring influences from their own rock, electronica, jazz, traditionals and avant-garde projects. The core of fatsO's music is a blend of blues, jazz and soul, with a bit of rock music shining through every now and then.
Listening to fatsO's music, it is easy to hear that the band's sound is influenced by artists such as Leonard Cohen, Tom Waits, The Police and Radiohead. With the song "I'll be fine," Restrepo pays tribute to these musicians without wanting to sound pretentious in any way.
In 2013, the band made its live debut at the "Jazz In The Park" festival in Bogota. The audience's reaction was so overwhelming that fatsO was immediately invited to other jazz and even rock festivals in Colombia. And the hype took its course.
At jazzahead! 2015, the band finally played their European debut. Their showcase at the Schlachthof Bremen was celebrated with standing ovations and made the band abruptly one of the talking points at the fair.
At the end of March 2016, the debut album "On Tape" was released worldwide under the label "Jazzhaus Records", which until then was only available in South America.