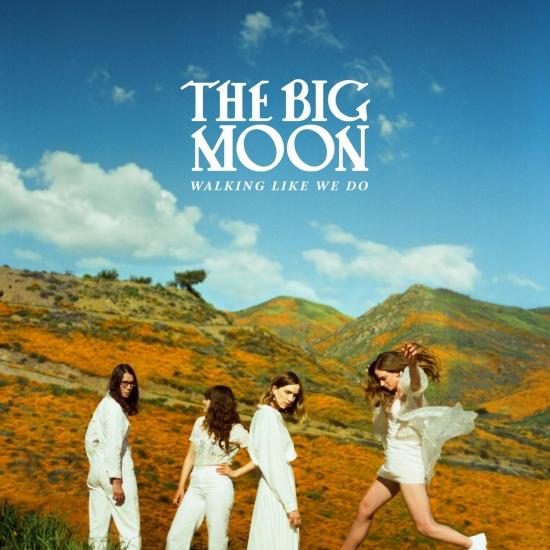 The British gang arrived like a breath of fresh air with their Mercury Prize nominated debut album Love In The 4th Dimension back in April 2017. Fronted by Juliette Jackson, The Big Moon unleashed song after song fizzing with melody and charm.
Now the Big Moon return with Walking Like We Do which which was recorded in Atlanta alongside Grammy Award winning US Producer Ben H. Allen III (M.I.A./ Deerhunter / Bombay Bicycle Club). It's a massive leap forward in production and songwriting. It's a big pop album and the natural next step forward for the Big Moon.
There’s a real variety to Walking Like We Do. The album’s opener, It’s Easy Then, a chill and shimmering pop tune, is in stark contrast to later tracks, such as Don’t Think, which scoops you up into its wild euphoria. Tracks like Waves and ADHD start out slow and thoughtful, then build to an emotional climax. But all of these songs are linked by The Big Moon’s honest and endearing lyrics, which are a constant winner throughout the album.
The Big Moon 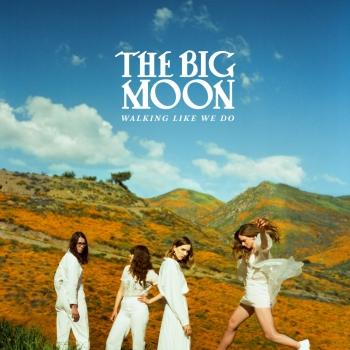 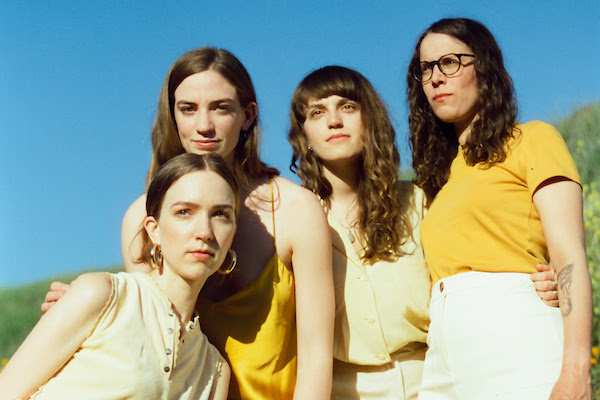 The Big Moon
London punk-pop four-piece the Big Moon formed in 2014 following Juliette Jackson's decision that a career in waitressing wasn't a life choice she was prepared to commit to. After putting the word out, Jackson met three other like-minded women through mutual friends, and the Big Moon was born. With Jackson leading, the rest of the band featured Soph Nathan on guitar and vocals, Celia Archer on bass and vocals, and Fern Ford on drums. The quartet went into a rehearsal room in London's Stoke Newington and began work on Jackson's material. Taking their lead from the grunge and Brit-pop girl groups of the '90s, the Big Moon self-produced "Sucker" and the aptly titled "Eureka Moment" and released the tracks via the fledgling Hard Up label in 2015. The latter was an assured slice of grungy punk-pop recalling the abrasive yet melodically sweet output of groups like the Breeders and Elastica, and it brought them to the attention of the London music scene. The band built on the exposure with a co-headlining tour in October 2015 alongside fellow London acts InHeaven and Vant. Following that tour, they quickly found themselves supporting well-established performers like Ezra Furman and the Vaccines. The publicity they gained through these high-profile support slots found the band signed to Fiction, a subsidiary of Universal Music, in March and releasing their debut EP, The Road.
After signing to Fiction, the trio released the single "Cupid," complete with a D.I.Y.-style video, and "Silent Movie Suzie," both of which built on the same kind of '90s alt rock-influenced, pop-inflected music as Haim and Hinds. In August 2016, the group released a version of Madonna's "Beautiful Stranger," a cover that they regularly played live. They began recording their debut album, and also played on singer/songwriter Marika Hackman's second record I'm Not Your Man. In April 2017, they released their first long-player, Love in the 4th Dimension. (Bekki Bemrose, AMG)