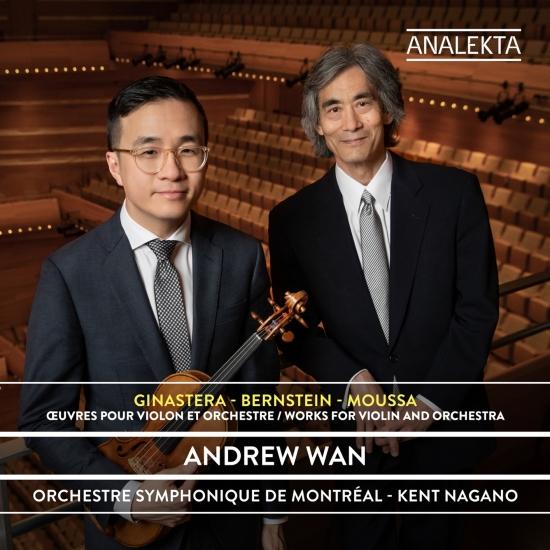 Info for Ginastera – Bernstein – Moussa: Works for Violin and Orchestra

Ginastera – Bernstein – Moussa: Works for Violin and Orchestra by Andrew Wan and the Orchestre symphonique de Montréal conducted by Kent Nagano is a monumental new album that offers exceptional interpretations of major works. Recorded live in 2019, it includes Ginastera’s Violin Concerto, Op. 30, which requires no fewer than seven percussionists handling some four dozen instruments, Bernstein’s imposing Serenade for Solo Violin, Strings, Harp and Percussion that was inspired by Plato’s Symposium and Moussa’s Violin Concerto “Adrano”, a World Première and an OSM commission. Andrew Wan is equally at home as a soloist, chamber musician and concertmaster. In August 2008, he was named concertmaster of the Montreal Symphony Orchestra (MSO), making him one of the youngest leaders of a major symphony. His relationship with the orchestra began with performances of Elgar's Violin Concerto, which were hailed as one of the top two musical moments of 2007 by La Presse. As a soloist, he has appeared in the United States, China, New Zealand, Cuba, Argentina, Brazil, Switzerland and Canada.
Andrew Wan, violin
Orchestre Symphonique De Montreal
Kent Nagano, conductor 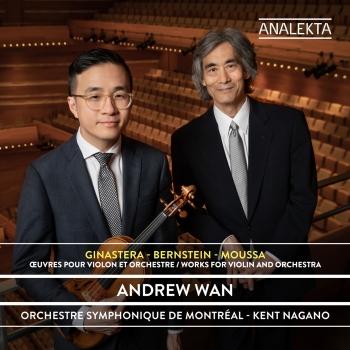 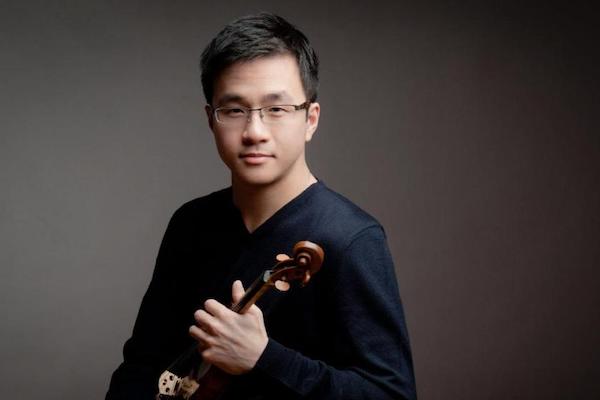 Andrew Wan
was named concertmaster of the Orchestre symphonique de Montréal (OSM) in 2008. As soloist, he has performed worldwide under conductors such as Vengerov, Petrenko, Labadie, Rizzi, Oundjian, Stern, and DePreist and has appeared in recitals with artists such as the Juilliard String Quartet, Repin, Hamelin, Trifonov, Pressler, Widmann, Ax, Ehnes, and Shaham.
His discography includes Grammy-nominated and Juno award-winning releases with the Seattle Chamber Music Society, the Metropolis Ensemble, and the New Orford String Quartet (NOSQ). In the fall of 2015, he released a live recording of all three Saint-Saëns violin concerti with the OSM and Kent Nagano under the Analekta label to wide critical acclaim, garnering an Opus Award and an ADISQ nomination.
Mr. Wan graduated from the Juilliard School with three degrees and is currently Assistant Professor of Violin at the Schulich School of Music at McGill University, Artistic Director of the OSM Chamber Soloists, Artistic Director of the Prince Edward County Chamber Music Festival, and Artistic Partner of the Edmonton Symphony Orchestra. Andrew Wan performs on a 1744 Michel’Angelo Bergonzi violin, and gratefully acknowledges its loan from the David Sela Collection.