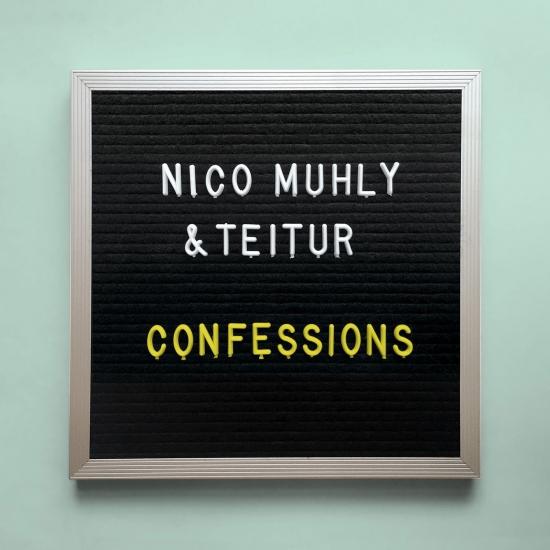 'Confessions' is a collaboration between the acclaimed American composer Nico Muhly and the Faroese singer/songwriter Teitur. The two musicians began work on the project when Muhly was composer-in-residence at Muziekgebouw Eindhoven in the Netherlands. The songs' lyrics were inspired by or culled from video and commentary the pair found on YouTube. Muhly and Teitur will perform songs from the album with New York Baroque Incorporated at New York's (le) Poisson Rouge on Friday, October 21, and with British Sinfonietta at Cadogan Hall in London on Saturday, October 29.
'We came up with this premise of boring videos, home videos,' Teitur explains. 'It was a time when everyone was posting these meaningless videos. It was just fascinating when we started watching them … The more you watched them the more you started to wonder, 'What is behind this? Why are people doing this?' They are really saying, 'This is really beautiful, this is really sick, this is me,' people confessing things. And that gave us the title for the record.'
'Teitur took a lot of these things,' continues Muhly, 'and looked at the comments and imagined the world that these people inhabited. We also solicited some anonymous Dutch videos, people telling us things that are unexpected, including this woman who said 'I love the smell of my printer in the morning.' It made me so happy. That smell is so specific. These are not confessions in a dirty way but more like if you went over to a friend's house 10 minutes before they expected you and you got a glimpse into something private. As a songwriter, Teitur focuses on a little detail or a little gesture, and then one can divine bigger content.'
Holland Baroque's mission is 'to convince a large and varied audience of the flexibility and vitality of (Baroque) music.' As Muhly notes, 'They perform standing up, and they are as old school as you'd like, but they chewed into this material really gleefully. It was a kind of magic project actually.'
When he began his tenure at Eindhoven, Muhly says, 'I knew I wanted to work with this Baroque ensemble. The distance between contemporary listening and Baroque music is one of the most heartbreaking and interesting things. Most of the music I like is from the 17th century or before. It's a tradition that never stopped—a small tradition, a specific one. There is something incredibly direct about Baroque music and Baroque instruments.' He continues, 'But it also posed a different challenge. Baroque musicians aren't accustomed to the sorts of rhythms attendant to contemporary music, and that brought another interesting tension to the project.'
The original four songs from Eindhoven worked so well that Teitur and Muhly continued writing. By 2009, they had a concert-length piece comprising the 14 songs onConfessions. Muhly, Teitur, and Holland Baroque toured the Netherlands, performing the piece with the videos that inspired it projected behind the players; they recorded the songs at the end of the tour.
Teitur, vocals
Holland Baroque:
Holland Baroque, 1st violin
Lidewij van der Voort, 1st violin
David Wish, 1st violin
Franc Polman, 1st violin
Aira Maria Lehtipuu, 1st violin
George Crawford, 2nd violin
Maite Larburu, 2nd violin
Gabriele Wunsch, 2nd violin
Agnieszka Świątkowska, 2nd violin
Esther van der Eijk, viola
Jan Willem Vis, viola
Bernadette Verhagen, viola
Lucy Scotchmer, cello
Tomasz Pokrzywiński, cello
James Munro, violone
Saskia Coolen, recorder
Andreas Arend, lute
Tineke Steenbrink, harpsichord
Nico Muhly, conductor 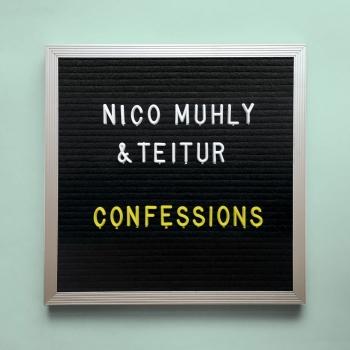 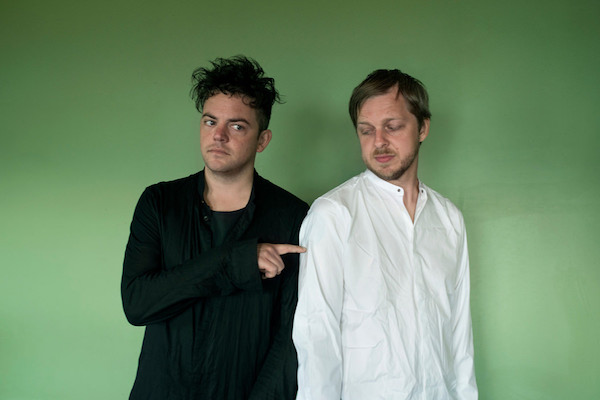 Nico Muhly
Nico Muhly (b.1981) is a composer of operas, chamber and symphonic works, and sacred music whose influences range from American minimalism to the Anglican choral tradition. Described by The Guardian as “one of the most celebrated and sought-after classical composers of the last decade,” he is the youngest composer ever commissioned by the Metropolitan Opera and has received additional commissions from Carnegie Hall, the Philadelphia Orchestra, St. Paul’s Cathedral, the Library of Congress, and Wigmore Hall, among other institutions. In over 80 works for the concert stage, he has embraced subjects ranging from Renaissance astrology to the ethics of artificial intelligence while collaborating with artists as diverse as Benjamin Millepied, Anne Sofie von Otter, and Joanna Newsom.
Muhly has written two operas: Two Boys (2010), a cautionary tale about identity online, commissioned by the Metropolitan Opera and co-produced by the English National Opera with a libretto by Craig Lucas and directed by Bartlett Sher; and Dark Sisters (2011), about a community of polygamists in the American southwest, set to a libretto by Stephen Karam and directed by Rebecca Taichman. He is at work on a third opera, Marnie, commissioned by the Metropolitan Opera for its 2019-20 season and based on the novel that inspired Alfred Hitchcock’s titular film.
His additional works for voice include the song cycles Sentences (2015), written for countertenor Iestyn Davies and based on the life of British computer scientist Alan Turing; and Impossible Things (2009), written for tenor Mark Padmore on a text by Greek poet Constantine Cavafy. His major choral works include Bright Mass with Canons (2005); My Days (2011), a commemoration of Orlando Gibbons, written for Fretwork and the Hilliard Ensemble; and Recordare, Domine (2013), commissioned by Lincoln Center and the Tallis Scholars.
In 2015, Nadia Sirota premiered Muhly’s viola concerto, the first work in a three-part commission for the violist. Other recent orchestral works include Control: Five Landscapes for Orchestra (2015), a celebration of Utah’s natural landscape, written for the Utah Symphony; and Mixed Messages (2015), composed for the Philadelphia Orchestra.
Beyond the concert stage, Muhly is a sought-after collaborator across genres. He has worked on multiple occasions with choreographer Benjamin Millepied on scores for New York City Ballet, American Ballet Theater, and the Paris Opera Ballet. Additionally, he collaborated with choreographers Kim Brandstrup and Wayne McGregor on Machina (2012) for the Royal Ballet, and, for choreographer Stephen Petronio, composed I Drink The Air Before Me (2010), an evening-length work featuring a children’s choir. As an arranger, Muhly has paired with Sufjan Stevens, Rufus Wainwright, Antony and the Johnsons, The National, and Thomas Bartlett (Doveman), among others. He has also written for theater and film, contributing scores for the 2013 Broadway revival of The Glass Menagerie, directed by John Tiffany, and for the films Kill Your Darlings; Me, Earl and the Dying Girl; and the Academy Award-winning The Reader.
Muhly is part of the artist-run record label Bedroom Community, co-founded by Icelandic producer-engineer Valgeir Sigurðsson, which was inaugurated with the release of Muhly’s first album, Speaks Volumes (2006). His second album for the label, Mothertongue (2008), included “The Only Tune,” a setting of the traditional murder ballad “Two Sisters,” featuring singer Sam Amidon accompanied by samples of scraping knives and brushed hair.
Born in Vermont and raised in Rhode Island, Muhly studied composition at the Juilliard School with John Corigliano and Christopher Rouse, and worked subsequently as an editor and conductor for composer Philip Glass. He currently lives in New York City.