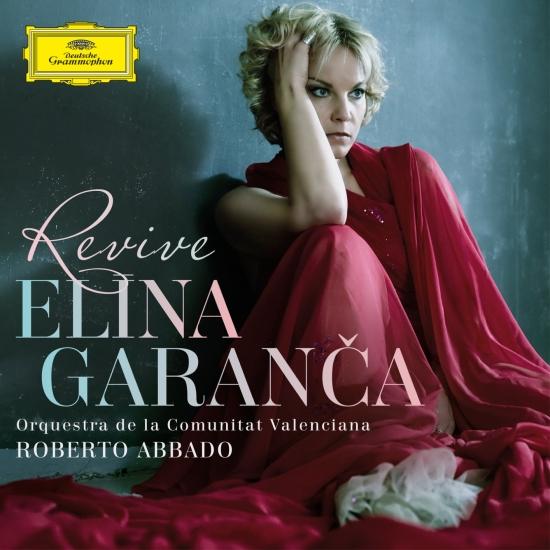 Elina Garanca at the most dramatic edge of Bel Canto moving into the big Diva repertoire: „Revive“ is the summit of Elina's career to date. The Latvian mezzo-soprano, a world-class performer at the peak of her form, explores the emotional storms and destiny's force, raging in the lives of opera's strong women. She channels her experience and insights into a collection of arias drawn from the great Romantic repertoire, complete with captivating rarities and genuine showstoppers.
„Revive“ casts light on powerful women to reveal their vulnerabilities and weaknesses; it's a celebration of female strength, honour, sacrifice, dangerous passion – and obsession.
'All these women are, I think, about exploring an inner world, about people finding themselves in a weak moment, for whatever reason – unhappy love, betrayal, losing power, saying goodbye to loved ones. In my everyday life, I'm everything: I can be jealous, I can be angry, I can be funny, I can be sad. Life is like a big colourful book. So the women on this album belong to a big colourful book.' (Elina)
The album includes music from Verdi's Don Carlo, Leoncavallo's La Bohème, Massenet's Hérodiade, Mascagni's Cavalleria rusticana, and Saint-Saëns's Henri VIII, as well as celebrated set-pieces from Cilea's Adriana Lecouvreur, Saint-Saëns's Samson et Dalila, Massenet's Werther, Berlioz's Les Troyens, and Mussorgsky's Boris Godunov, among others.
This is repertoire playing to the incredible technique and flexibility of Elina's voice, showcasing the crystal clarity and purity of earlier recordings, with her mind-blowing musicianship and very personal interpretations that distinguish her as a world class artist, also hinting at the more dramatic roles:
'I started with Baroque, Mozart and bel canto repertoire, with a little bit more dramatic stuff, too. I have never done Verdi on the stage or really done verismo opera, so there's something new for me. Now, I feel it is really time to explore further, so the repertoire that is coming now is a new Elina with new, exciting challenges. I'm very happy that I can embrace it. It feels right at this moment to move on and reach other mountains!' (Elina)
Elina Garanca, mezzo-soprano
Orquestra de la Comunitat Valenciana
Roberto Abbado, Dirigent 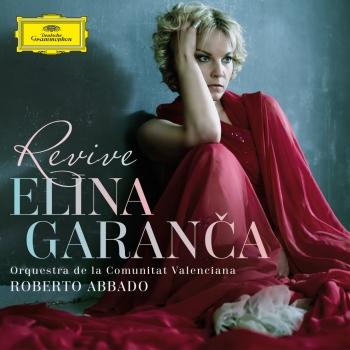 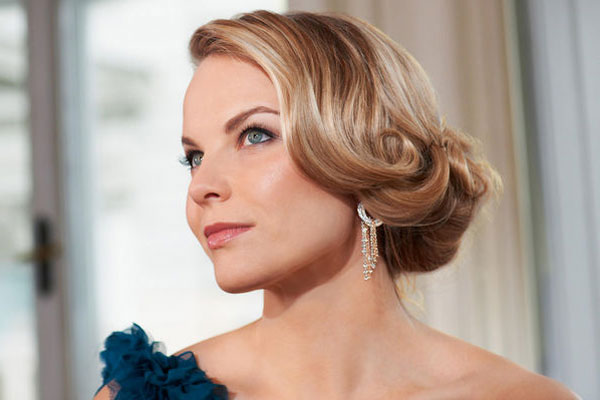 Elina Garanča
The Latvian capital Riga was named European Capital of Culture for 2014, but it gave birth to one of its greatest cultural exports in 1976. It was home to Elīna Garanča, who was born into a musical family and entered the Latvian Academy of Music at the age of 20. She was soon on the way to becoming one of the world’s most outstanding mezzo sopranos. She started as she meant to go on: while she was still a student she stepped in at just ten days’ notice to perform the role of Giovanna Seymour in Donizetti’s Anna Bolena, uncovering a love affair with the bel canto repertoire which has seen her through countless breathtaking performances.
When she graduated from the Academy she joined the Meiningen Staatstheater in Germany, appeared as a resident artist with the Frankfurt Opera, sang at the Savonlinna Opera Festival, was a finalist in the 2001 BBC’s Cardiff Singer of the World Competition and won the Mirjam Helin Singing Competition in Finland. Her path was set.
She consolidated her career singing at the Vienna State Opera, the Salzburg Festival, the Helsinki Opera’s Rossini Festival, in Paris, Aix-en-Provence, Lucerne and Graz, and in 2003 made a guest appearance for Deutsche Grammophon when she joined Anna Netrebko in a scene and cavatina from Lucia di Lammermoor on Netrebko’s debut album ‘Opera Arias’.
In 2005 her extraordinary gifts were recognised with an exclusive contract from the Yellow Label. Her first solo recording “Aria Cantilena” came in 2007, winning great acclaim and an Echo Klassik Singer of the Year award. She followed it with “Bel Canto” in 2009, winning another Echo Klassik award and a BBC Music Magazine Award, “Habanera” in 2010 and “Romantique” in 2012, which also won an Echo Klassik award. Again, critics and music-lovers alike were bowled over by her vocal agility, dramatic presence and the sheer beauty of her voice. The Boston Globe wrote: “… she demonstrates why critics have been spilling superlatives in describing her performances.” She has also contributed to many opera releases, including Carmen, Anna Bolena, La Cenerentola and Bellini’s I Capuleti e i Montecchi.
On stage her most celebrated roles have included Annio in La clemenza di Tito, Charlotte in Werther, Dorabella in Così fan tutte, Sesto in La clemenza di Tito and Rosina in Il barbiere di Siviglia.
With growing acclaim for her stage appearances and a fast growing discography, Elīna Garanča is in ever more demand. She made her house debut at the Royal Opera House Covent Garden in 2007, her Metropolitan Opera debut the following year. The New York Times went into overdrive: “Ms. Garanča has all the goods: musicality, technique, voice, confidence, smarts, dramatic range – and movie-star looks. She practically defines ‘can’t miss’. And in her Met debut on Saturday night, she did not miss . . .”
In 2009 she returned to Covent Garden in the title role of Bizet’s Carmen, then starred in a new production of the work at the Metropolitan Opera in New York which was broadcast in more than one thousand cinemas worldwide. She was named Musical America’s Vocalist of the Year 2010 and won the MIDEM Classical Award as Singer of the Year. In 2013, Garanča became one of the youngest recipients of the Vienna State Opera’s “Kammersängerin” award, marking her 140 performances of 18 roles since her debut in the house in 2003.
In 2014 she will be singing in Donizetti’s La favorita at the Salzburg Festival, Berlioz’ La damnation de Faust at the Deutsche Oper Berlin and Bellini’s I Capuleti e i Montecchi at the Bayerische Staatsoper and also in Baden-Baden. In addition to her opera schedule she is also busy on the concert stage. During 2014 she appears in Salzburg to sing Verdi’s “Libera me” from the Requiem and in Rossini’s Stabat mater at the Grosses Festspielhaus and tours Europe, singing in Amsterdam, Oviedo, Berlin, Paris, Vienna, London, Hamburg, Munich and Lucerne, and elsewhere.
While she has made such a mark on the musical world, Elīna Garanča is someone who also lives life to the full, a quality which is eloquently reflected in the depth of understanding in her singing. In January 2014 she announced the birth of her second daughter, saying “we embrace the future full of joy and new experiences”. Her quiet satisfaction with life is reflected in Meditation, a new album to be released in September 2014. A programme spanning 400 years of sacred and spiritual music, it reflects a true sense of inner peace and fulfilment, she says: “My life is so happy that I feel infinite gratitude: for my colleagues, my family, my voice – and for all the great composers.”