In The Ground The Gibson Brothers 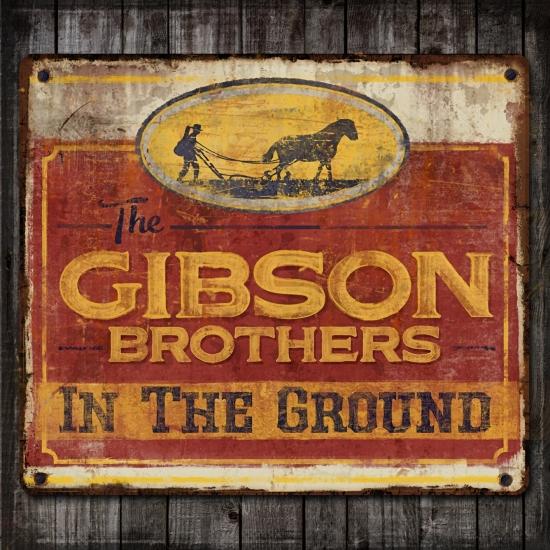 Info for In The Ground

The Gibson Brothers' brand of bluegrass is a visceral mix of heritage and soaring harmony, making them the premiere brother duet of the genre, following in the footsteps of legendary brother acts such as the Stanley Brothers, Jim & Jesse, and the Osborne Brothers.
Their first-ever album of entirely original songs, In the Ground sees the Gibson Brothers taking on their own roots as the sixth generation of Gibsons to grow up on their family farm.
The two-time International Bluegrass Music Association Entertainers of the Year follow up their stellar, 5-times nominated tribute to brother harmonies, Brotherhood, with this latest effort, which digs even deeper into their commitment to family and their history.
The themes come from the farm, their childhood, and the region in which they were raised. One can hear their dedication to the songs, from the lighthearted to the profound; in the modernity of the lyrics, matched with a virtuosity that feels somehow both traditional and revelatory.
Featuring celebrated, award-winning Dobro player Rob Ickes, In the Ground reaches into new territory for the Gibson Brothers as they reflect on their past.
Leigh Gibson, guitar
Eric Gibson, banjo
Mike Barber, bass
Jesse Brock, mandolin
Clayton Campbell, fiddle 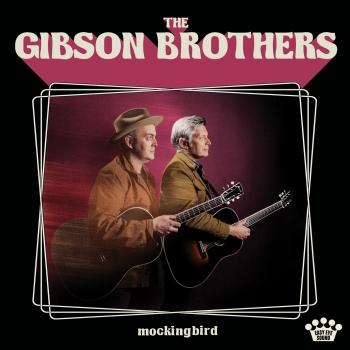 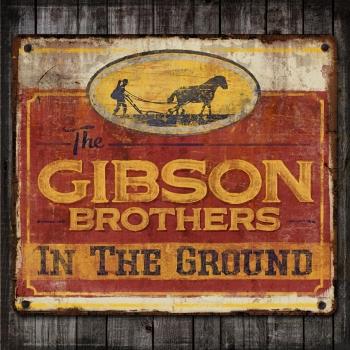 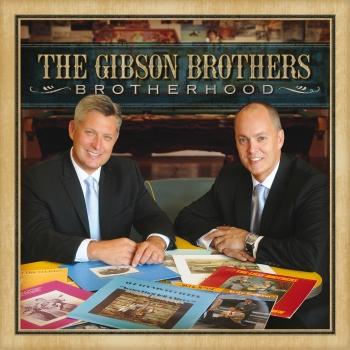 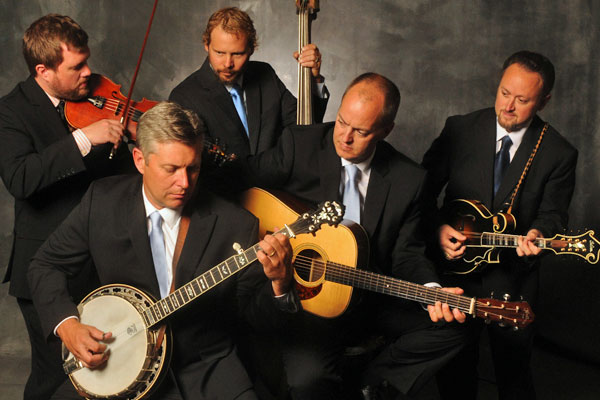 Eric and Leigh Gibson
The Gibson Brothers were voted 2013 Entertainers of the Year at the IBMA World of Bluegrass 24th Annual Awards Show in Raleigh, N.C. for the second year in a row. We also won the Vocal Group of the Year, Song of the Year ('They Called It Music') and Eric was named the Songwriter of the Year.
The Gibson Brothers were named the 2012 Entertainer of the Year Award at the 23rd Annual IBMA Awards at Nashville’s Ryman Auditorium, the first time a brother duet has won this award. The same night we won the “Gospel Recorded Performance of the Year” award for “Singing As We Rise.”
Help My Brother, our tenth album, won the prestigious 2011 IBMA Album of the Year Award. We were named the 2011 IBMA Vocal Group of the Year, the first time a brother duet has won this award. Help My Brother held the #1 position on the Bluegrass Unlimited Album chart for 8 months. It definitely had staying power, with songs charting on the BU Top 30 more than a year after its release.
These awards followed on the success of Ring the Bell. The title cut of that album won the 2010 IBMA Song and Gospel Recorded Performance of the Year. Our 11th release, They Called It Music, was #1 on the Bluegrass Unlimited Album Chart for six months in 2013. The title cut spent three months as #1 on the BU Song Chart.
In July 2014 we signed with Rounder Records, a label we always equated with quality. Our first release on the label, Brotherhood, is an homage to the brother duos that have inspired us since childhood. We chose fifteen songs from country, bluegrass and early rock 'n' roll brother acts including some who will be familiar to most listeners, such as Phil & Don Everly, Charlie & Ira Louvin, Jim & Jesse McReynolds and Carter & Ralph Stanley. Brotherhood also features covers of songs recorded by some lesser-known acts, including the Blue Sky Boys, the Church Brothers and the York Brothers.
Leigh reflects, 'These are the acts that pointed us in our direction musically. After we got going, we went our own way for a while.' He adds, 'But the process of making this record brought us back to the music we were listening to when we were just getting started. When we sing those songs, I feel like I did when I was 15 years old, sitting in our living room in the farmhouse and learning to play. This music is part of our soul.'
We also look forward to contributing to the music we love for years to come. Music's brought us a lot of interesting experiences and many friends. We truly appreciate every one of them. We've been very fortunate to be honored by our peers several times. And each time our thoughts are back home with the people who helped us get there.
Mike Barber
Sometimes called 'the third Gibson Brother,' Mike has been with the band since 1993. In addition to his bass duties, he has co-produced the band’s last 5 CDs, including Help My Brother, winner of the 2011 IBMA Album of the Year. He holds co-producer credits on the band's 2013 release, They Called It Music. Mike's also been an instructor at Augusta Heritage in West Virginia and at the Kluane Mountain camp in the Yukon, as well as at festivals around the country.
Chris Stuart wrote this about Mike in a Bluegrass Unlimited article: 'He is still a fanatic about tone and timing. In his search for the perfect bass tone for the band, he has settled on using a mix of gut (G and D) and steel strings (A and E), but it’s undoubtedly his touch that creates such a gorgeous tone for the Gibson Brothers band. He still plays a 1949 Kay bass, only the second bass he’s owned.'
Clayton Campbell
Clayton’s been playing fiddle, mandolin, guitar and singing backup since he was 7 years old at the Kentucky Opry, a family-owned entertainment attraction on Kentucky Lake. Working as a member of the house band backing country singers made him a good fit for the Gibsons, who also grew up loving country classics.
Clayton joined the Gibson Brothers in November 2004, in time to record two tracks on 'Red Letter Day,' and the four Gibson CDs since then. Clayton has also taught at music camps such as Augusta Heritage in West Virginia and Kluane Mountain in the Yukon and at festivals around the country.
Jesse Brock
was voted winner of the 2009 IBMA Mandolin Performer of the Year award. Jesse was among the final nominees for that award in 2013. He has spent his life in bluegrass, starting with his family band at the age of nine, and later with national acts such as Chris Jones & the Night Drivers, The Lynn Morris Band, Michael Cleveland & Flamekeeper and Audie Blaylock & Redline. Jesse is also a solo artist in his own right, with an IBMA award-nominated CD 'Kickin' Grass' on Pinecastle. His studio skills are not limited to recording -- Jesse co-produced Rick Lang’s 'Look to the Light', another multi-award-nominated project.

Booklet for In The Ground