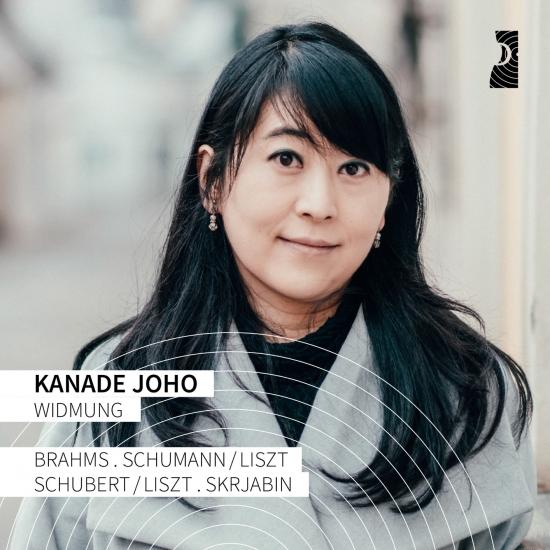 Franz Liszt, the greatest pianist of his time, not only revolutionized the technique of piano playing, but also expanded the instrument’s range of expression. A wonderful example of this is Liszt’s piano arrangement of the poem “Widmung” (dedication), set to music by Robert Schumann and chosen by Kanade Joho as the opening piece of her new album of the same name. In a wider sense, the title “Widmung” is also the subject of the CD. In her interpretations of the works compiled on this album – transcriptions by Liszt, a selection of Scriabin études and Intermezzi by Johannes Brahms – the pianist brings out their lyrical content. She does this in a very eloquent way, revealing what the composers wrote between the staff lines thanks to her immaculate technique, which rises above all difficulties. This recording of consistently audiophile quality is enhanced by the excellent acoustics of the Glass Hall of the Wiener Musikverein and the uniquely lyrical sound of a Bösendorfer Imperial grand piano. Kanade Joho’s “Widmung” is a highly romantic masterpiece of piano artistry for all discerning audiophiles and music lovers.
Kanade Joho, piano 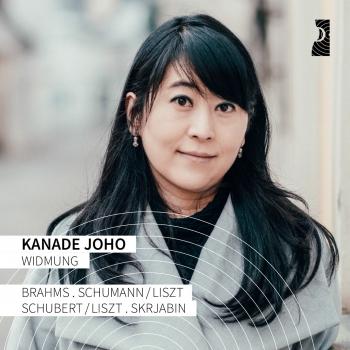 Kanade Joho
began her studies at the Toho School of Music in Tokyo, and in 2004 she graduated from the Hochschule für Musik in Cologne with the “Konzertexamen”. In 2002 she was awarded 2nd prize at the Viotti-Valsesia International Piano Competition, in 2004 she won 3rd prize at the Chopin Piano Competition in Cologne, and in 2011 the “Barocksaal” Prize of the Aoyama Foundation in Kyoto for her solo recital. Between 2001 and 2003, she performed as a soloist with the Kraków Philharmonic Orchestra, the Polish National Radio Symphony Orchestra and the Riga Philharmonic Orchestra. She gave guest performances, amongst others at the Young Prague International Music Festival and the Hagnauer Klassik Easter Festival. In 2013 Kanade Joho made her debut at the Wiener Musikverein, where she played a solo recital as part of the “Tasten.Lauf” concert series. In 2016 she performed as a duo with her husband, Michael Weingartmann, at the inauguration of the Salzburg Festival. As a chamber musician, she has performed with musicians such as Paul Gulda, Alexander Arenkow and Andreas Röhn and with members of the WDR Symphony Orchestra Cologne. She has held teaching appointments as a lecturer at the Universities of Music in Detmold and Cologne as well as instructor and accompanist at numerous master classes.
In addition to her musical career, Kanade Joho devotes herself to poetry and literature. In 2010 and 2013, two volumes of poems entitled “Schrift” (writing) and “Begegnung” (encounter) (KernVerlag) were published in German. (Walter Höferl)