Info for Schubert: The Last Quartets

Schubert’s last two quartets, composed during the final years of his life, reveal the impressive mastery he achieved, despite the knowledge that he was dying.
The four movements of the ‘Death and the Maiden’ quartet, all in minor keys, and the tumultuous, quasi-orchestral fifteenth Quartet, an important stage on “the way to the grand symphony,” bear witness to the composer’s struggle against illness and death.
The Quatuor Aviv brilliantly illuminates the elegiac and tragic melodies in which Schubert wrapped his torments.
Aviv Quartet 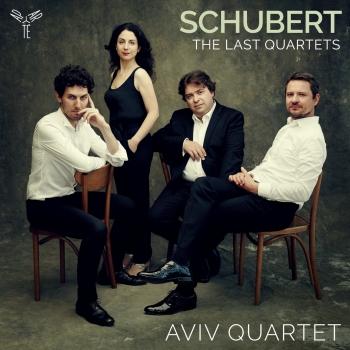 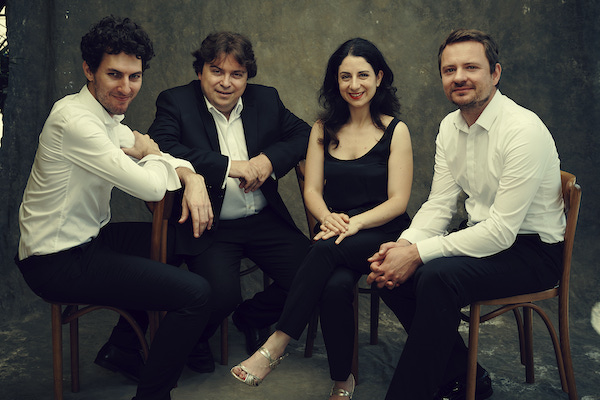 Booklet for Schubert: The Last Quartets