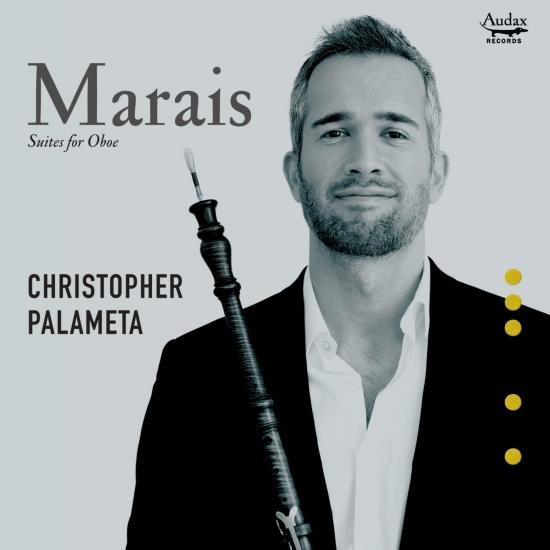 Info for Marais: Suites for Oboe

Known as an ardent defender of unexplored repertoire for the oboe, Christopher Palameta sheds light on the neglected – but not forgotten – “phantom” literature for oboe by Marin Marais. Six suites are presented in this world-premiere recording, Palameta’s 4th solo CD and his first appearance on Audax Records.
Intimately familiar with the French style, Palameta was awarded research grants in 2003 and 2006 by the Canadian government to re-establish these works into the oboist’s repertoire; this recording is the fruit of that research.
Christopher Palameta, Oboe
Eric Tinkerhess, Viola da gamba
Romain Falik, Theorbo
Lisa Goode Crawford, Harpsichord 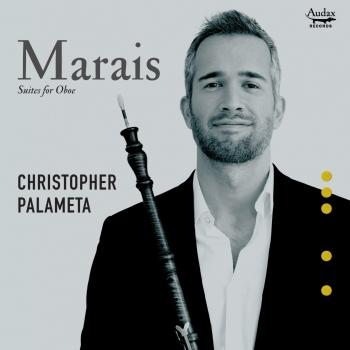 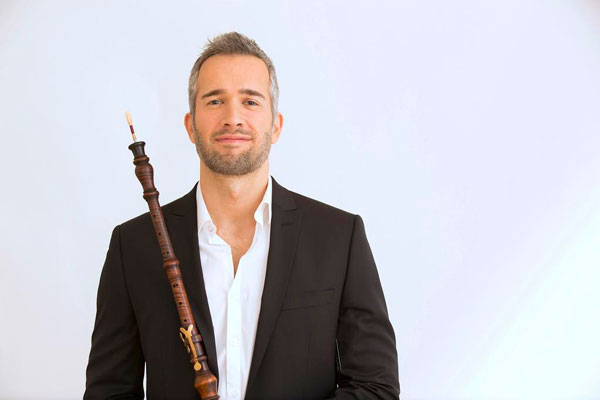 Christopher Palameta
Called “velvet for the ear” by La Presse (Montreal, June 2006), Christopher Palameta has rapidly become one of the most celebrated baroque oboists in North America. While being hailed as a “refined and intelligent” performer by the Italian Press (Gabriele Formenti, CD Classico, June 2009), Early Music America has stated that Mr. Palameta’s “marvelous oboe playing is smooth and sparkling.” Finally, in his native Canada, the Toronto Star has called his “silky oboe sound captivating” (June 2009). He has recorded some thirty discs for the ATMA, Analekta, Sony BMG, Deutsche Harmonia Mundi, and Naxos labels.
After being appointed oboist in the Tafelmusik Baroque Orchestra (based in Toronto, Canada), of which he was a core member for three years, he currently devotes himself to chamber music primarily. To this end, he created Notturna in 2006, the Montreal-based ensemble that explores early music written especially for wind instruments.
Born in Montreal, he took his graduate degree from McGill University in historical oboes. With one foot on either side of the Atlantic, he plays with many of Europe’s and North America’s prominent period ensembles. In France, he has collaborated with Les Musiciens du Louvre, Le Concert Lorrain, and with Le Cercle de l’Harmonie, while in North America, he has performed with Tafelmusik and Aradia in Toronto, Opera Lafayette in Washington D. C., Apollo’s Fire in Cleveland, and Arion, Les Idées heureuses, le Studio de musique ancienne de Montréal, Les Boréades, and Caprice in Montreal. With these ensembles, he has participated in some thirty festivals worldwide including those in North America, Britain, Germany, Spain, France, Portugal, Switzerland, and Mexico.
In 2003 and 2006, he was awarded research grants from the Conseil des arts et des letters du Québec, which allowed him to re-establish the neglected instrumental works of Marin Marais into the oboist’s repertoire, and ended in conferences on the subject at McGill University. In June 2002, Mr. Palameta took second prize at the International American Bach Soloists Competition in Berkeley, California.

Booklet for Marais: Suites for Oboe