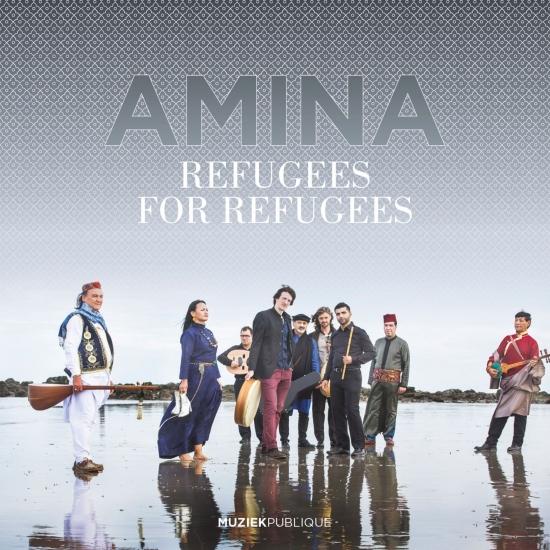 Following two years of collaboration, this second album writes a new chapter in the Refugees for Refugees story. It represents reconstruction, the fresh energy needed to map out a new trajectory after being uprooted. It includes an Indo-Pakistani raga associated with a Tibetan song, an Arabic suite incorporating a popular Hazari tune from Afghanistan, a Himalayan song with oriental percussion as well as a Tibetan mantra accompanied by Sufi Arabic and Pakistani spiritual singing.
Amina was one of the first compositions that provided anchor points between the musicians in the group. Written by the bard Aman Yusufi, who was separated from his family in his journey, Amina represents encounters and the sharing of a new life full of hope.
Through the album Amina, the group supports Cinémaximiliaan, a platform created by and for people arriving in Belgium that aims to create links and offer opportunities in their new host country through creative projects.
Asad Qizilbash, sarod (Pakistan-BE)Aren Dolma, chant (Tibet-BE)Fakher Madallal, chant, percussion (Syria-BE)Kelsang Hula, dramyen, chant (Tibet-BE)Mohammad Aman Yusufi, dambura, chant (Afghanistan-BE)Simon Leleux, percussion (BE)Souhad Najem, qanun (Iraq-BE)Tammam Al Ramadan, ney (Syria-BE)Tarek Alsayed Yahya, oud (Syria-BE)Tristan Driessens, oud (BE) 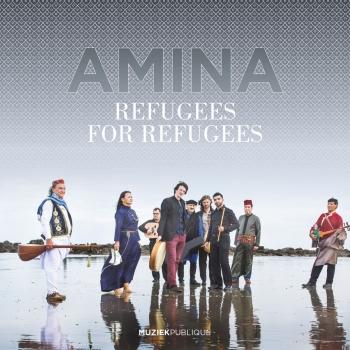 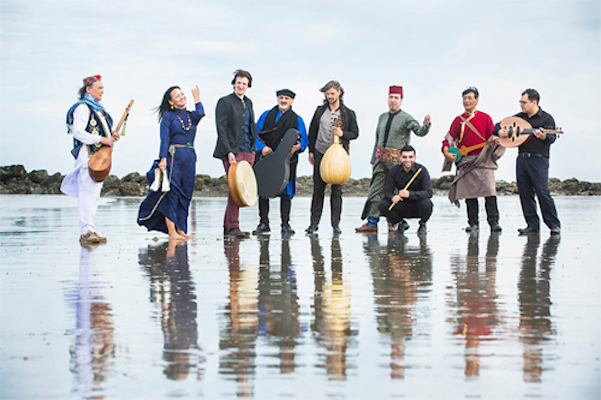 Refugees for Refugees
The group Refugees for Refugees returns in full force to present a second album at the Ancienne Belgique. As if they were starting a whole new chapter, this work symbolizes reconstruction. It’s a breath of fresh air that allows the group to rediscover the way forward after being uprooted.
With numerous concerts in Belgium and abroad to their credit, Refugees for Refugees will present the fruit of all these musical and intercultural exchanges. This encounter bringing together renowned musicians from Syria, Tibet, Pakistan, Iraq, Afghanistan and Belgium sketches out a new music, a new genre that both inspires and manifests a strong commitment on the part of every single musician involved.
The pieces on their new album perfectly represent this symbiosis and the new synergy that characterizes them. Having spent two years getting to know one another and sharing one another’s music, they present a repertoire in which the blending of their cultural heritages is remarkable.
Thus we find an Indian raga linked with a Tibetan song, an Arab suite that incorporates a popular Hazari song from Afghanistan, a song from the Himalayas with oriental percussion and even a Tibetan mantra accompanied by both Arabian Sufi and Pakistani spiritual chanting. It takes real mastery to carry out such an exercise to perfection.
It’s not really a matter for rejoicing that this splendid musical and human encounter is the fruit of difficult personal trajectories, but the path that they are now taking together is a powerful symbol of hope and determination which can only be admired and enables music to cross new frontiers. If the first album was one of resistance, this one is without any doubt one of resilience.