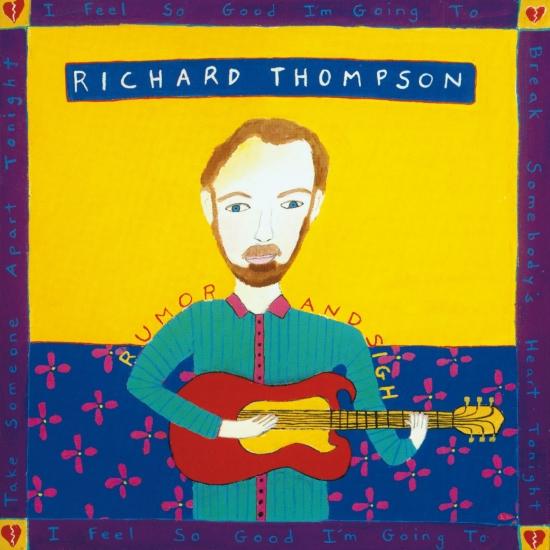 Info for Rumor And Sigh

Richard Thompson's albums with Mitchell Froom in the producer's chair tended to be stylistically varied affairs, and on „Rumor And Sigh“, the singer's distinctive English vocal inflections and biting guitar spar inspiringly with Froom's kitchen-sink approach to production. Froom found intriguing ways to cope with Thompson's own wild stylistic approach, ranging from dark, narrative acoustic ballads ('1952 Vincent Black Lightning'), through radio-friendly, country-tinged rock ('Keep Your Distance,' 'You Dream Too Much'), to demonic rock & rollers ('I Feel So Good,' 'Mother Knows Best'). „Rumor And Sigh“ also showcases Thompson's lyrical extremes, from the intense ('I Misunderstood,' 'Mystery Wind') to the daffy ('Don't Sit On My Jimmy Shands,' 'Psycho Street').
„While Richard Thompson's devotees will tell you the man is a triple-threat genius -- passionate vocalist, compelling songwriter, and sterling guitarist -- even his most loyal supporters will concede that the dour nature of his songs and the no-frills production of many of his albums make the bulk of his catalog tough sledding for the uninitiated. Given this, 1991's Rumor and Sigh is arguably the best album for those wanting to sample Thompson's work for the first time. It captures Thompson at the top of his form on all fronts, but also gives his songs just enough polish to make them approachable for the unconverted, and though it's several shades darker than the average adult-contemporary album, it honors Thompson's obsession with romantic despair and the less pleasant quirks of fate without sounding depressing in the process. Producer Mitchell Froom tricked up Thompson's sound a bit, but his approach added to the material rather than interfering with it; the topsy-turvy keyboards and sharp, snapping drum sound on 'Gray Walls' and 'You Dream Too Much' actually add to their narrative drama, and Froom coaxed some of Thompson's most soulful vocals on 'Why Must I Plead' and 'I Misunderstood.' Thompson actually gets funny on 'Don't Sit On My Jimmy Shands' and the darkly hilarious 'Psycho Street,' and Thompson fans who like his work straight with no chaser will be knocked flat by '1952 Vincent Black Lightning,' perhaps the best traditional-style number in his songbook, and the harrowing 'God Loves A Drunk,' an unnerving tale of several kinds of addiction. While Rumor and Sigh is quite slick by Thompson's standards, its clean lines and bright mix serve both the songs and the bandleader quite well, and make Thompson's tunes sound like the radio hits they've always deserved to be.“ (Mark Deming, AMG)
Richard Thompson, guitar, vocals, mandolin, hurdy-gurdy
Mitchell Froom, keyboards
Jerry Scheff, bass
Mickey Curry, drums
Jim Keltner, drums
Alex Acuña, percussion
Christine Collister, backing vocals
Clive Gregson, backing vocals
John Kirkpatrick, accordion, concertina, backing vocals
Phil Pickett, shawm, crumhorn, recorder
Simon Nicol, guitar
Aly Bain, fiddle
Recorded 1991 at Sunset Sound, Los Angeles and Konk Studios, London
Engineered by Tchad Blake
Produced by Mitchell Froom
Digitally remastered 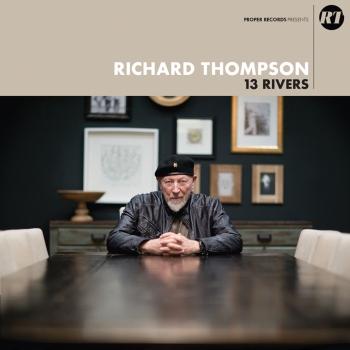 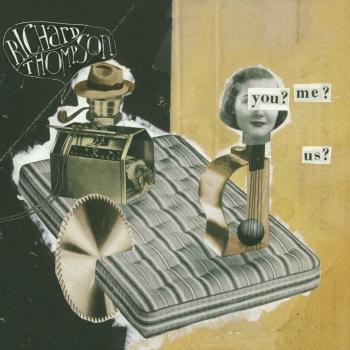 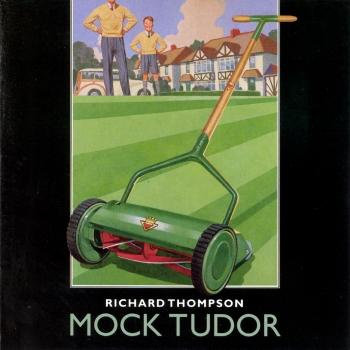 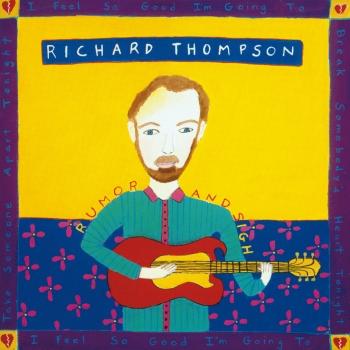 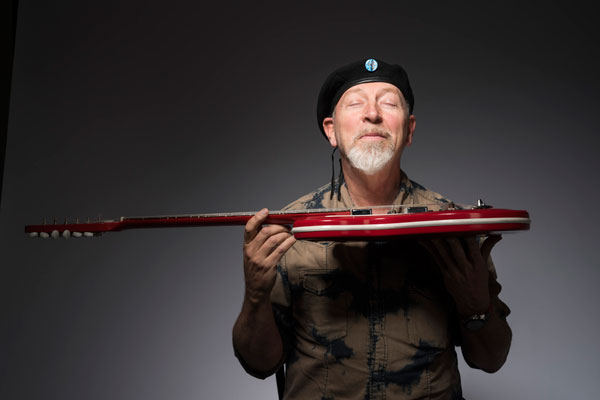 Richard Thompson
Named by Rolling Stone Magazine as one of the Top 20 Guitarists of All Time, Richard Thompson is also one of the world’s most critically acclaimed and prolific songwriters. He has received Lifetime Achievement Awards for Songwriting on both sides of the Atlantic - from the Americana Music Association in Nashville to Britain’s BBC Awards as well as the prestigious Ivor Novello. In 2011, Thompson received an OBE (Order of the British Empire) personally bestowed upon him by Queen Elizabeth II at Buckingham Palace. In the USA Thompson has been nominated at the Americanas for both “Artist of the Year” and “Song of the Year”. HIs recently released CD, Still was produced by Wilco’s Jeff Tweedy which reached #6 in the UK charts (just ahead of Taylor Swift)!
Having co-founded the groundbreaking group Fairport Convention as a teenager in the 60’s, Richard Thompson and his mates virtually invented British Folk Rock. By the age of 21 he left Fairport to pursue his own career, followed by a decade long musical partnership with his then-wife Linda, to over 30 years as a highly successful solo artist who tours both solo acoustic and with his electric trio.
A wide range of musicians have recorded Thompson’s songs including Robert Plant, Elvis Costello, REM, Del McCoury, Bonnie Raitt, Patty Lovelace, Los Lobos, Tom Jones, David Byrne, Don Henley, Robert Earl Keen and many others.
Thompson’s massive body of work includes over 40 albums, many Grammy nominations, as well as numerous soundtracks, including Werner Hertzog’s Grizzy Man.
As an in-demand live performer, the past two years saw Richard Thompson headlining dates around the world as well as co-headlining shows with Emmylou Harris & Rodney Crowell as well as the Americanarama Tour with Bob Dylan, Wilco, and My Morning Jacket - which culminated with Dylan himself performing RT’s classic song “’1952 Vincent Black Lightning”.
Thompson’s genre defying mastery of both acoustic and electric guitar along with dizzying energy and onstage wit continue to earn Richard Thompson massive new fans and a place as one of the most distinctive virtuosos in Folk Rock history.
“Genius appears early. Legends are earned. But history’s greatest never stand on their laurels. This is the artistic arc for Richard Thompson!”