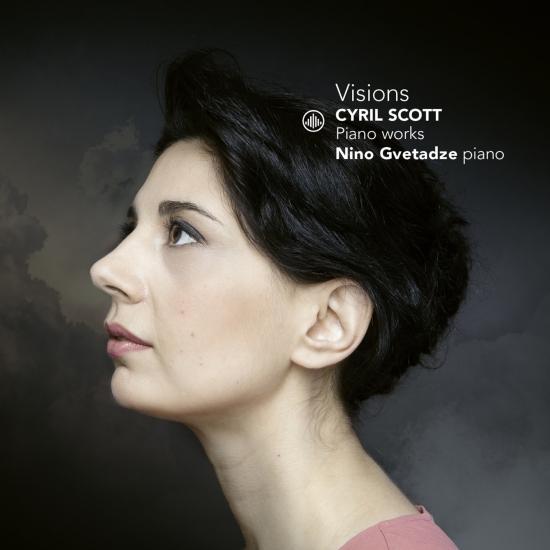 Nino Gvetadze: “Many years ago, when I studied at the Tbilisi Conservatory in Georgia, I had the privilege to be a student of a prominent Georgian composer, pianist and pedagogue, Nodar Gabunia. He was a very special, I would say exceptionally gifted person in many different ways. Every year he would present his students in a special concert that always had a very interesting and intriguing theme. On one of these evenings, this time under the name “Debussy and his contemporaries”, he entrusted me to play Lotus Land by Cyril Scott, the piece that took me under its spell from the very first bars.
This album contains a collection of pieces that will give the listener a glimpse of the atmospheric, rich, beautiful, tender and meditative world of piano music of Cyril Scott.
Cyril Scott was a key figure before World War I in helping Britain to break away from musical conservatism and the prevailing Germanic influences.
The album starts with a berceuse and leads us through a night filled with colorful Visions, a night followed by the Morning Song and the wise and dreamy epilogue Over the Prairie.
There is so much more to discover about this enigmatic composer: an ocean of works that he left behind. I hope this album will awake the interest and will trigger the listeners and musicians to look for more.”
Nino Gvetadze, piano 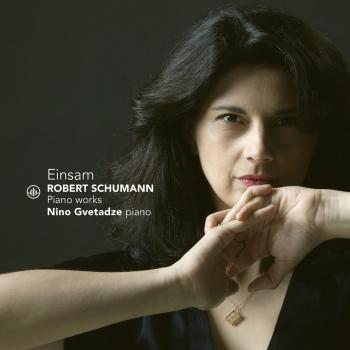 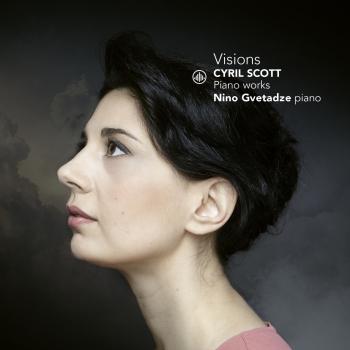 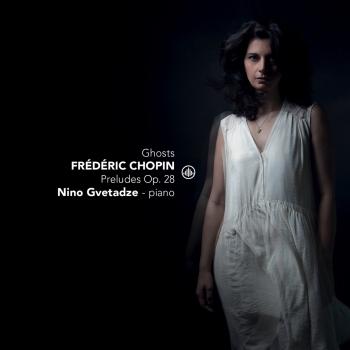 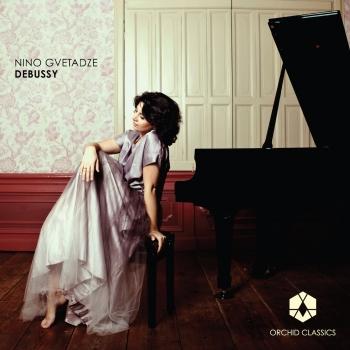 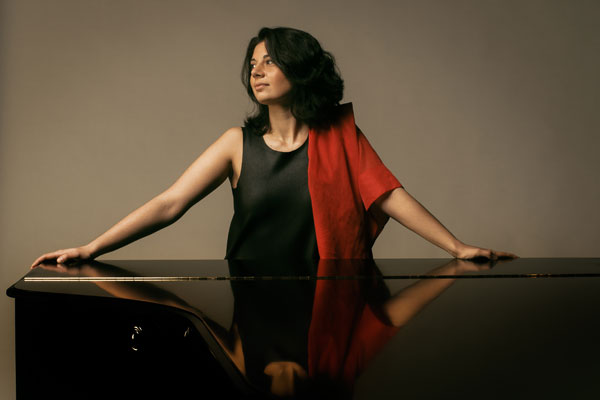 Nino Gvetadze
Born and raised in Tbilisi, Nino Gvetadze studied with Veronika Tumanishvili, Nodar Gabunia and Nana Khubutia. After her graduation Nino moved to the Netherlands to study with Paul Komen and Jan Wijn.
Nino received various awards. The most important were the Second Prize, Press Prize and Audience Award at the International Franz Liszt Piano Competition 2008. She received the prestigious Borletti-Buitoni Trust Award 2010.
Nino Gvetadze has performed with many outstanding conductors such as Michel Plasson, Yannick Nézet-Séguin, Michel Tabachnik, John Axelrod and Jaap van Zweden and with the Rotterdam, The Hague, Brussels, Seoul and Netherlands Philharmonic, Bergische and the Rheinische Philharmonie amongst others. She went on tour with the Mahler Chamber Orchestra, . Kammerakademie Potsdam and Amsterdam Sinfonietta.
Nino has given various recitals all over the world, among those in Hannover (PRO MUSICA Preisträger am Klavier-Zyklus), Bayreuth, the Concertgebouw Amsterdam, with Jean-Yves Thibaudet at the Spoleto Festival, Lucerne Piano Festival, Bunka-kaikan Hall Tokyo and twice at the Festival Piano aux Jacobins (Toulouse).
The repertoire of Nino stretches from Bach, Mozart and Beethoven to Chopin, Liszt, Rachmaninov and further to contemporary music. Most of the selected pieces are very virtuoso and demanding, but in her interpretation Nino always brings forward its poetry and characteristic colors. The St. Gallen Tagblat wrote: “absolutely thrilling” about her performance of Tchaikovsky’s 2nd Piano Concerto and: “Poetry and Phantasy dominated indefatigably over the pure brilliance.”
Concertonet : “Schubert’s Wanderer Fantaisie was expressed with a total and admirable knowledge of the architecture of the score, enthralling with an outstanding feeling for timbre and colour.”
Nino recorded 3 solo CDs: Piano works by Mussorgsky (Brilliant Classics), Rachmaninoff Preludes op 23 and op 32 (Etcetera) and “Widmung” with Liszt piano works (Orchid Classics). Her recordings and interviews are often broadcasted on European radio and TV Stations.
Nino plays on a Steinway Grand Piano, kindly lent to her by the Dutch National Music Instrument Foundation.