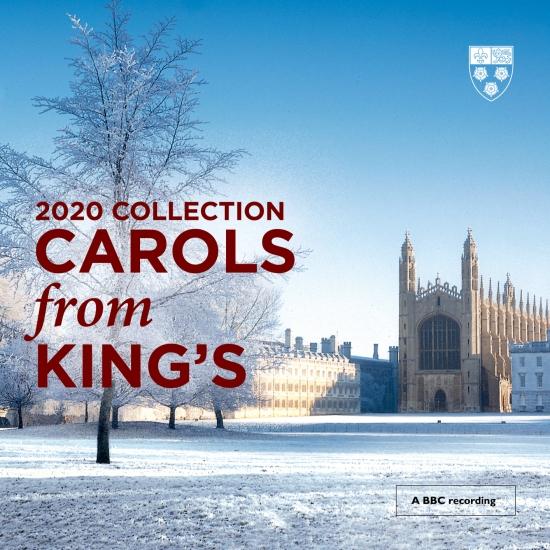 A collection of carols sung live on Christmas Eve and made available as an audio album for the first time. Taken from the BBC’s 2019 Christmas broadcasts, these recordings capture the Choir of King’s College, Cambridge under the direction of Daniel Hyde, performing for his first Christmas at King’s since taking up the post of Director of Music.
Highlights include the premiere performance of the commissioned carol The Angel Gabriel, John Rutter’s Candlelight Carol and the spell-binding Coventry Carol (Lully Lulla) by Kenneth Leighton.
The Choir of King’s College, Cambridge
Dónal McCann, organ
Daniel Hyde, conductor
Digitally remastered 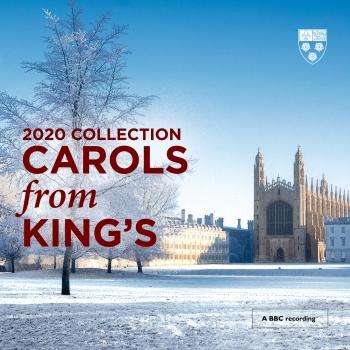 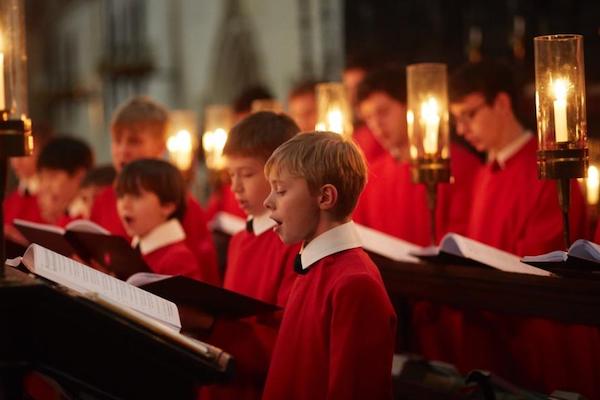 The Choir of King’s College, Cambridge
is one of the world’s best known choral groups. Every Christmas Eve millions of people worldwide tune into A Festival of Nine Lessons and Carols, which is the longest established annual broadcast in history, reaching 90 years in 2018. Additionally, Carols from King’s, a televised Christmas service also broadcast on Christmas Eve, celebrated its 60th anniversary in 2014. The Choir’s international fame and reputation, enhanced by an extensive recording catalogue, has led to invitations to perform around the world.
The 2018/19 season began with a concert in Prague’s Rudolfinum with the Orchestra of the Age of Enlightenment as part of Dvořák Prague Festival, where they performed a rarely heard arrangement of Dvořák Mass in D major, and finished with a three-week tour of Australia, including performances in Sydney Opera House, Melbourne Recital Centre and Queensland Performing Arts Centre. Stephen Cleobury also made a final visit as Director of Music with the Choir to USA in April to perform in Cathedral of Saint Paul, Minneapolis, Washington National Cathedral and St Thomas Church Fifth Avenue, New York City. The Choir joined the St Thomas Church choir in a service, directed by Daniel Hyde who took over from Cleobury in September 2019. Hyde will conduct the Choir in London for the first time on 16 December 2019 with the Philharmonia Orchestra and Crouch End Festival Chorus at the Barbican Centre.
In addition to the Choir’s back-catalogue of more than 100 albums released with EMI and Decca, King's launched its own record label in 2012, which now has a catalogue of more than 30 titles. Many of the releases are recorded in surround-sound, and in 2015 the Label was the first to release a classical album using Dolby’s new Atmos technology, reproducing the acoustic of the Chapel. 100 Years of Nine Lessons and Carols was the UK’s second best-selling core classical album of 2018 and had the longest continuous run at the top of the chart of any album since 2011. In celebration of Stephen Cleobury’s retirement, the College released Howells: Cello Concerto & An English Mass featuring former chorister Guy Johnston playing cello and Britten Sinfonia.
The Choir exists thanks to King Henry VI who, in founding the College in 1441, envisaged the daily singing of services in its magnificent Chapel, which remains the primary purpose of the Choir’s sixteen choristers, fourteen choral scholars and two organ scholars. A number of famous people have attended events in the Chapel including British monarchs, from Elizabeth I to the present Queen; political leaders such as Winston Churchill and Mikhail Gorbachev; and Charles Darwin, who loved the Choir so much that he engaged the Choristers to come and sing in his rooms when he was at Cambridge.
The Choir owes much to the musicians who have maintained its consistently high standards over the course of the last 140 years: A.H. Mann (1876), Boris Ord (1929), David Willcocks (1957), Philip Ledger (1974) and, Stephen Cleobury (1982). Since 1870, the choristers have been educated across the river from the College at King’s College School and receive scholarships from King’s College to help pay for their education. By the time they leave the Choir they are able to take with them valuable musical skills, with many aspiring to return to the Choir as choral scholars. The choristers are selected at audition, advertised nationally, when they are in Year 2, 3 or 4 (ages 6 to 9) at their school. Boys usually enter the Choir in Year 4 (ages 8 to 9).