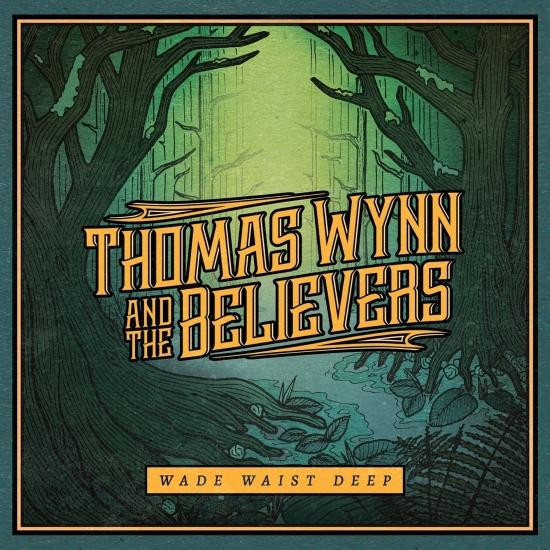 Meet Thomas Wynn and The Believers, an American band with a striking new organic rock record about building a better life, a life you really believe in. Named #1 Rock Band and #1 Country/Folk Band in the city for seven consecutive years by the Orlando Weekly, Thomas Wynn and The Believers are breaking beyond the Southern rock scene with the release of their new album, Wade Waist Deep, their Mascot Label Group debut.
The record is packed with the facts that make American music timeless—the deep Southern heat of the guitars, the complex, pulsing rhythms, and the male-female vocal harmonies that sound like only a brother and sister can. Breathtakingly in-sync with his vocalist sister, Olivia, Thomas Wynn sings about overcoming fear to become the person you were meant to be. Wynn, who fell in love with The Band’s first album Music from Big Pink in his early teens, brings classic country rock and soul into the new century with tunes that evoke the best of CSNY, Levon Helm, and John Prine.
Thomas Wynn, lead vocals, acoustic, electric guitar
Olivia Wynn, vocals
Chris "Bell" Antemesaris, harmonica
Tim Turner, electric guitar
Matt Lapham, bass
Rion Smith, drums
Recorded by Lee Rosario at North Avenue Studios, Orange City, Fl.
Mixed by Brian Harrison & Rich Mahan at "The Rendering Plant," Nashville, Tn.
Mastered by Jim DeMain at Yes Master Studios, Nashville, Tn.
Produced by Thomas Wynn 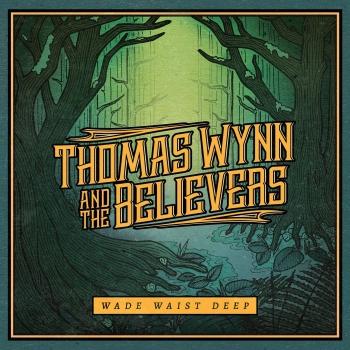 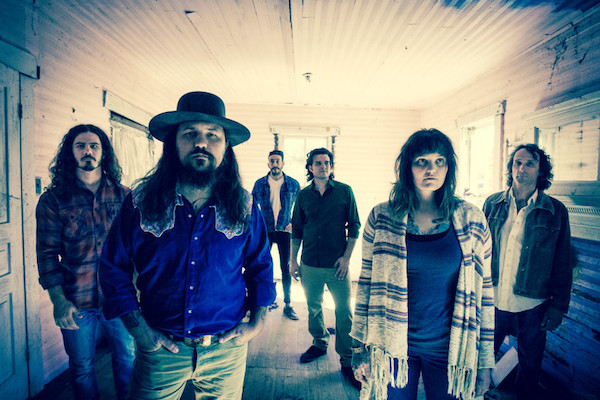 Thomas Wynn and The Believers
A combination of blistering rock and southern soul, sibling-led Thomas Wynn and The Believers is a 6-piece fiery ensemble dubbed by Soundboard as "Southern Rock Muscle ~ Soulful Rock n' Blues." Gibson-sponsored from Orlando, Florida, TW&TB is known for their powerful LIVE performances playing the original music circuit and making "believers" wherever they go. The band personifies a new era that truly crosses generations with just really, really, really good music. If you like Tom Petty, The Band, The Black Crowes, CCR & Pink Floyd, you'll love The Believers!
For the sixth consecutive year, Thomas Wynn and The Believers repeatedly reigns as Central Florida's #1 Rock Band. Orlando Weekly's Best of Orlando Readers' Choice again crowned TW&TB as their Rock favorite (plus #1 Folk/Country Band and #2 singer-songwriter accolades for the band's namesake TW.)
Wynn's spirit-moving vocals, passionate lyrics, and emotional delivery are uniquely supported by sister Olivia's engaging and captivating voice and presence. Her strong vocal harmonies (the other lead) and wide-eyed response is the perfect companion to her brother's yearning banshee cries. The duo calls their perfect blend "blood harmonies"; the press calls the tandem thunder "their secret weapon." Backed by an explosive tight band, they've crafted a new vein of rock -- gritty, yet pure uplifting Soul Rock, a mixture of the classics, R&B and gospel -- creating a sound that has an identity of its own.
Georgia Music Hall Of Famer Alan Walden says, "One of the newest, brightest, tightest, smoothest, most energetic bands to ever come through." Reax Music Magazine states "For once, you have a Florida band that is truly Florida. They look like Florida, they sound like Florida - with a touch of Molly Hatchett, The Band, Neil Young, and The Black Crowes. Not fad hipster, not transplant Florida, but Florida Florida. These guys are on the leading edge of creating a new southern rock scene." Best New Bands writes, "They embody everything authentic and raw."
Hailing from a musical family, the siblings are heavily influenced by their father, Tom Wynn, the original drummer of the country-rockers Cowboy, one of Macon-based Capricorn Studio's (Allman Brothers Band, Marshall Tucker Band, Elvin Bishop, Wet Willie) legendary bands from the 1970s. His influence, as well as their faith and church upbringing, undoubtedly shaped their songwriting and musical interests. Their deeply-rooted principles certainly laid the foundation for what the Wynns bring to The Believers' sound.
Their musical history begins with The Wynn Brothers Band (2005-2008) -- the first family endeavor co-led with older brother Jordan ( bass guitar) that also included Papa Wynn on drums. The band released Feel the Good (2006), the title track a signature song still performed today. But when marriages and other separate goals emerged, the Brothers' band became defunct . . . but by mid 2009, a new direction and desire to continue birthed the band as it's known today, with Thomas and Olivia at the helm . . .
Their debut album The Reason (2009), produced by Tony Battaglia, is a strong, well-crafted studio sampling of Wynn's ability as a unique songwriter, the lyrics and vocals captured perfectly; the band's choice to self-produce their sophomoric album, Brothers and Sisters (2012), for some, was a truer representation of the emotion and intensity experienced in their live performances. Believers' classics are found on both recordings.
The current lineup has stabilized and matured with even more cohesiveness over the last two years (albeit harmonica player "Bell" has been a staple since the inception). The band welcomed Dave Wagner (bass) and Ryan Miranda (drums) in 2012 and keyboardist Colin Fei as recently as early 2014. The band has already tracked a third album, set to be released around the new year 2015.