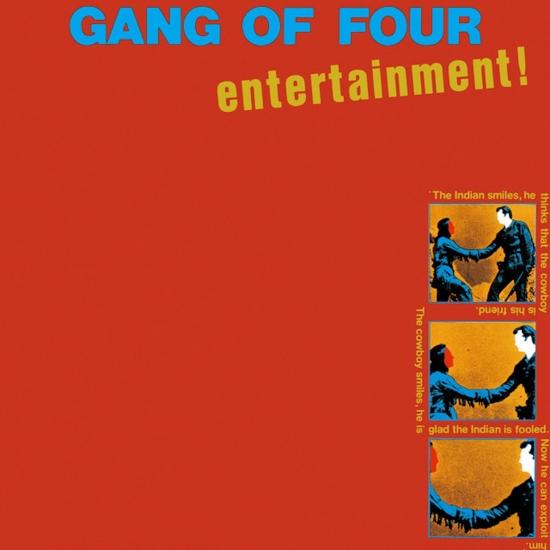 Entertainment! is the debut album by English post-punk band Gang of Four. It was released in September 1979 through EMI Records internationally and Warner Bros. Records in North America. Stylistically, it draws heavily on punk rock but also incorporates the influence of funk, dance music, reggae and dub. Its lyrics and artwork reflected the band's left-wing political concerns. It would be an influential release in the burgeoning post-punk movement.
In 2020, Entertainment! was ranked at number 273 on Rolling Stone magazine's list of the 500 greatest albums of all time.
"Entertainment! is one of those records where germs of influence can be traced through many genres and countless bands, both favorably and unfavorably. From groups whose awareness of genealogy spreads wide enough to openly acknowledge Gang of Four's influence (Fugazi, Rage Against the Machine), to those not in touch with their ancestry enough to realize it (rap-metal, some indie rock) -- all have appropriated elements of their forefathers' trailblazing contribution. Its vaguely funky rhythmic twitch, its pungent, pointillistic guitar stoccados, and its spoken/shouted vocals have all been picked up by many. Lyrically, the album was apart from many of the day, and it still is. The band rants at revisionist history in "Not Great Men" ("No weak men in the books at home"), self-serving media and politicians in "I Found That Essence Rare" ("The last thing they'll ever do?/Act in your interest"), and sexual politics in "Damaged Goods" ("You said you're cheap but you're too much"). Though the brilliance of the record thrives on the faster material -- especially the febrile first side -- a true highlight amongst highlights is the closing "Anthrax," full of barely controlled feedback squalls and moans. It's nearly psychedelic, something post-punk and new wave were never known for. With a slight death rattle and plodding bass rumble, Jon King equates love with disease and admits to feeling "like a beetle on its back." In the background, Andy Gill speaks in monotone of why Gang of Four doesn't do love songs. Subversive records of any ilk don't get any stronger, influential, or exciting than this." (Andy Kellman, AMG)
Dave Allen, bass, vocals
Hugo Burnham, drums, vocals
Andy Gill, guitar, vocals
Jon King, vocals, melodica
Digitally remastered 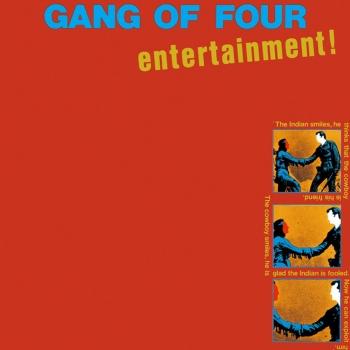 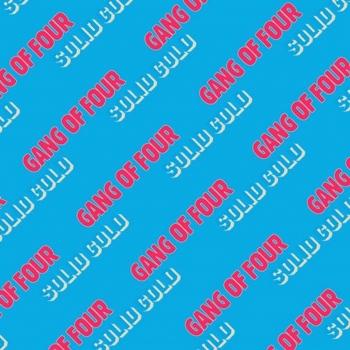 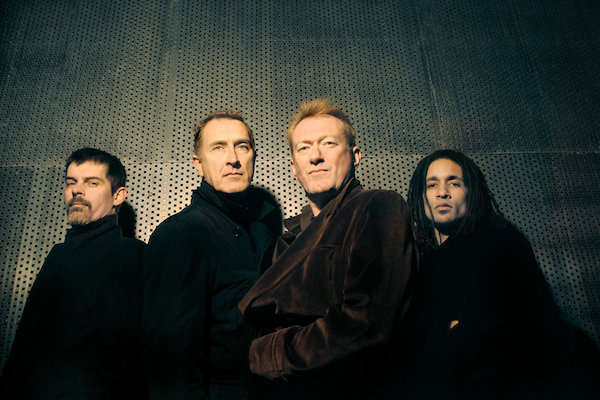