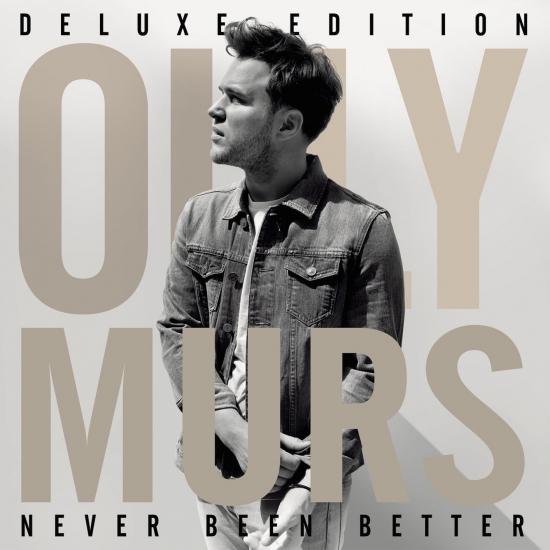 Olly Murs has emerged as one of the most successful artists to come from The X Factor. Since his appearance on the show in 2009, the singer has enjoyed huge success in the UK with two million selling number one albums and a debut that sold over 800,000 copies. 2012 album Right Place Right Time is his best-selling album to date and it entered the US Billboard 200 at number 19 off the back of Troublemaker which climbed to 25 on the Hot 100. Two years on from that album and Olly is back with fourth album Never Been Better.
Never Been Better is off to a strong start thanks to lead single Wrapped Up featuring Travie McCoy, which has so far peaked at number 3 on, the UK singles chart. The funky slice of pop is Olly doing what he does best and it’s a serious contender for pop song of the year. Fans will be pleased with the familiarity of the track and it’s definitely one of the safer hits on the album that pleasingly bridges the gap between Right Place Right Time and Never Been Better.
The album opens with the superb electro beats of the uptempo Did You Miss Me? a song that was intended to be the first single from the album. The horn loop on the chorus is seriously catchy and we definitely think this one should be a single in the months to come. The next single off the album is the folksy Up that features Demi Lovato. The track will be out next month and is one of the early highlights on the album. It’s sure to help Olly’s profile in the US and solidify Demi’s here in the UK.
Elsewhere on the album Olly delivers surprising variety and Never Been Better is his most cohesive album to date. Title track Never Been Better makes a bold statement of where Olly is in his career, Who Do I Love You packs in big beats for a frenetic near 4 minutes of pop, and Stick With Me borrows the melody from Avicii’s Wake Me Up. Olly proves he has the chops for a big old ballad with Tomorrow which is one of the highlights of the record as Olly reflects on the sometimes fleeting and fickle nature of fame.
Our favourite moment on the album comes on the acoustic riff-filled Seasons. The song isn’t quite as pop as some of the others on the album but hints at a more mature direction that Olly could tread in the future. Album closer is another highlight with Olly stripping things back for a live acoustic feel and he’s never sounded better.
Olly Murs doesn’t really get the respect and recognition he deserves as an artist. For Never Been Better he’s co-written the majority of the songs and he’s made serious steps forward as a vocalist. He’s one of the most successful British male solo artists in the charts today and he’s achieved impressive international success. Never Been Better should easily be another huge hit for Olly and it could finally properly break him in the US. This is easily Olly’s finest album yet. (Pip Ellwood, Entertainment Focus) 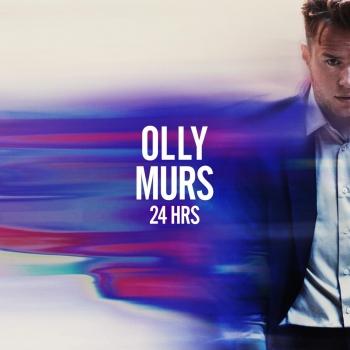 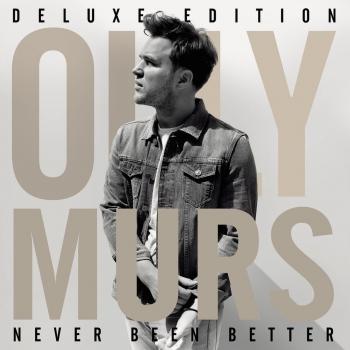 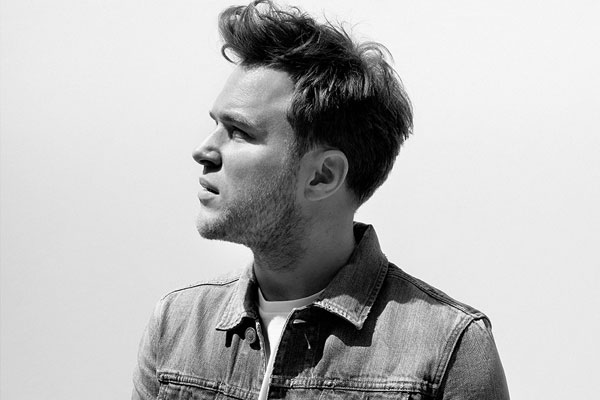 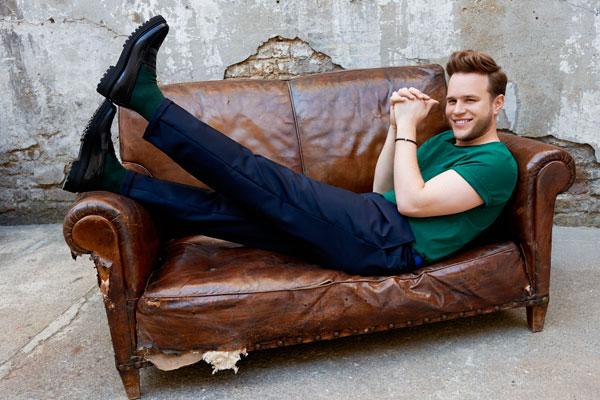 Olly Murs
started his music career on 2009′s X Factor where he finished runner up, and went on to sign a joint record deal with mentor Simon Cowell and Epic Records. His self-titled debut album was released in November 2010, entering at No.2 behind Take That and reaching double platinum status. Featuring ‘Please Don’t Let Me Go’, ‘Thinking Of Me’, ‘Heart On My Sleeve’ and ‘Busy’ it was the biggest selling album of 2010 by a debut artist.
His follow up album ‘In Case You Didn’t Know’ was released a year later shooting straight to the No.1 spot and has now sold over a million copies in the UK alone. The album includes No.1 singles ‘Heart Skips A Beat’ ft. Rizzle Kicks and ‘Dance With Me Tonight’.
Olly’s third album ‘Right Place Right Time’ shot straight to the No.1 spot with 127k week one sales, making him the fastest selling male artist of 2012. The album features his 4th No.1 single ‘Troublemaker’ ft. Flo Rida, ‘Army of Two’, top 5 single ‘Dear Darlin’ and fourth single from this album ‘Right Place Right Time’. The fifth single released from this album was ‘Hand on Heart’. The album was released Stateside, entering the Billboard charts at No.19, with ‘Troublemaker’ already achieving Platinum sales.
In between recording and performing, he also co-presented X Factor’s spin off show ‘Xtra Factor’ with Caroline Flack for two years running. In June 2013, he embarked on the Robbie Williams ‘Take The Crown’ European Stadium tour as his special guest, following his own sold out headline arena tour, and has since collaborated with him on his Swing album. Olly also supported One Direction in Japan for the last few shows of their Take Me Home tour in November 2013. A Special Edition version of Olly’s ‘Right Place Right Time’ album, including 7 bonus tracks as well as his 2013 tour DVD ‘Olly Murs: Live At The O2 Arena’, was released at Christmas 2013, taking his album 4x Platinum.
Olly’s fourth album ‘Never Been Better’, including the first single from the album ‘Wrapped Up’ as well as his new UK single ‘Up’ featuring Demi Lovato, was released in the UK in November 2014. The album, which also features writing collaborations with One Republic’s Ryan Tedder and Paul Weller, shot straight to the #1 spot in the UK. Olly is currently in the US promoting Never Been Better (now available for US pre-order), before returning to the UK for his 2015 Never Been Better arena tour. Tickets for Olly’s 2015 UK and European tour are now on sale. For more details visit http://www.ollymurs.com/live/.