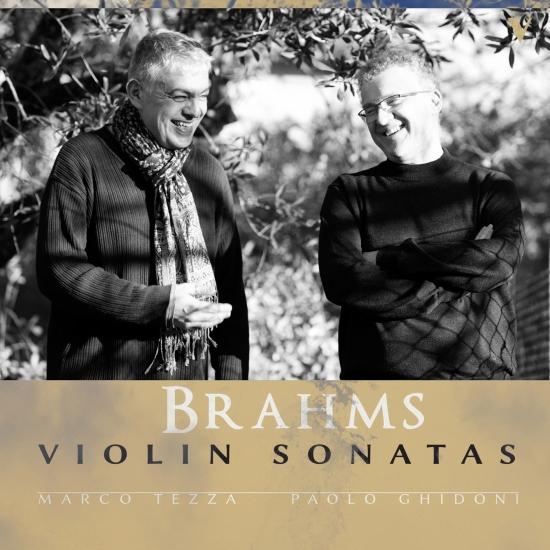 The first Violin Sonata, in G major, Op. 78, "Regensonate", was composed during the summers of 1878 and 1879, in Pörtschach am Wörthersee. Each of its three movements shares common motivic ideas or thematic materials from the principal motif of Brahms's two songs "Regenlied" and "Nachklang", Op. 59.
The second Violin Sonata, in A major, Op. 100, "Thun" or "Meistersinger", was written while spending the summer of 1886 in Thun in the Bernese Oberland, Switzerland. By giving the work the formal title of "Sonata for Piano and Violin", rather than the more usual "Sonata for Violin and Piano", Brahms wished to indicate the piano part as important as the violin part. The first three notes of the first movement, in fact are announced by the piano, and are very similar in both melody and harmony to those of Richard Wagner's "Walther's Prize" song, from 's opera Die Meistersinger von Nürnberg.
The third Violin Sonata, in D minor, Op. 108 was composed between 1886 and 1888. Unlike the two previous sonatas, it is in four movements. The sonata is dedicated to Brahms' friend and colleague Hans von Bülow, and was premiered in Budapest in 1888 with Jeno Hubay on violin and the composer at the piano.
The duo formed by Paolo Ghidoni (violin) and Marco Tezza (piano) has been active for over 20 years in the Italian concertistic field. It is consolidated by a mutual passion that clearly flows into a decidedly passionate and refined execution. The recording was performed with three Sennheiser microphones, 8000 series, and Prism Sound instrumentation.
The recording has been made using a stunning combination of rare Brüel & Kjær microphones and Prism Sound equipment.
Duo Ghidoni Tezza:
Paolo Ghidoni, violin
Marco Tezza, piano 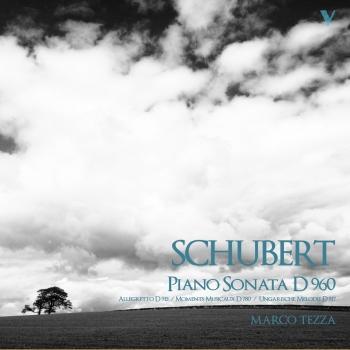 Marco Tezza
It is a very difficult task to give an accurate idea of the rich and multifaceted musical personality of Marco Tezza in just a few lines. An excellent academic preparation (top marks, honours and mentions of honor in Italy and "Diplome Superieur d 'Execution " at the Ecole Normale "A.Cortot " in Paris) he has received awards from the most prestigious piano competitions (Washington, Pretoria, Busoni, Viotti, etc ...).
Tezza 's intense concert activities have lead him to play in the most famous concert halls and to collaborate with the finest musicians Ashkenazy,Ughi, Hogwood ....After having completed the study of the violin and orchestra conductor he began a new career leading very important ensembles in Europe, Asia, America, and often doubling his role as conductor and soloist. Tezza, the conductor, presents a vast repertoire, from baroque to contemporary music passing through opera (Donizetti's "Don Pasquale", Wagner's "The Flying Dutchman" and Piazzolla’s “Maria de Buenos Aires”..) and giving a great deal of attention to the music of Piazzolla.
He is well-known to the public and critics as an artist with a strong personality who never stops looking through scores to find unique ways of interpreting them, for new expressive logics, new sonorities.
He has been invited to hold Master Classes at very important institutes: "Universitè de S. Esprit" of Beirut (where he obtained a chair as "Professeur invitè"), the Conservatory and NBU in Sofia, the "Victorian College of the Arts" of Melbourne and Hamilton Waikato University in Australia and NewZealand, the University of South Florida, Kansas State University, Pittsburg State University, University of Kentucky, Emporia State University, Southern Oregon University, the UNEAC in La Habana, Jazeps Vitols Latvian Academy in Riga and the Estonian Academy of Music in Tallin where he has given Master Classes and a series of televised concerts.
He is the permanent artistic director of the Stravinskij Chamber Orchestra and he conducts concert seasons and musical festivals in Europe and in South America.
He has recorded for Velut Luna, AS disc, Balkanton, Klingsor and On-Classical.
Tezza is often invited to be part of juries of international competitions.
He is a member of the Accademia Veneta of Arts and Science. He is Permanent Professor of piano at the Conservatory "PEDROLLO" in Vicenza.