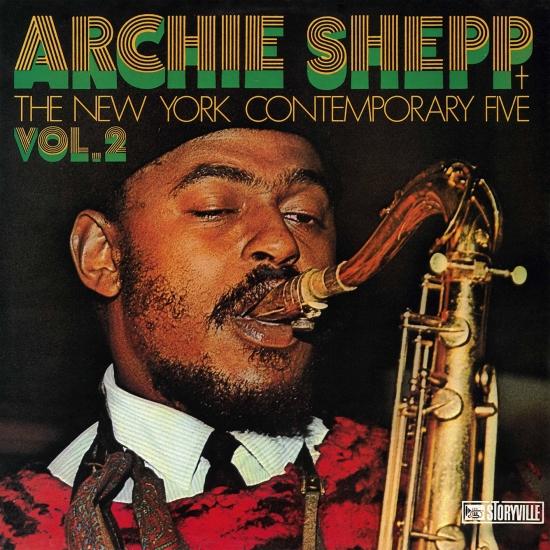 ReMaster of this 1964 LP by tenor saxophonist Archie Shepp recorded at the end of a string of engagements throughout the Scandinavian countries. His New York Contemporary Five group also included Don Cherry, John Tchicai, Don Moore and J.C. Moses. 'Vol. 2' captures this group of young musicians seeking new musical ground, having found a welcoming environment far from home.
In November of 1963, The New York Contemporary Five were consolidating avant-garde jazz as pioneered by Ornette Coleman and Cecil Taylor in Copenhagen and Sweden, as New York clubs had yet to fully embrace the style The quintet had formed specifically for their engagement at Montmartre in Copenhagen and would disband for some time immediately after. 'Vol. 2' documents a quintet of experimental artists that had yet to gain the worldwide recognition that they enjoy today, more than 50 years later.
In this early era of The New York Contemporary Five, Archie Shepp, who embodied his musical generation's experimental nature, shows compelling technical prowess that runs alongside an early -stage knack for experimentation. From a modern perspective, the album sounds particularly indicative of the Archie Shepp that history has come to know as a central figure in the primary canon of avant-garde jazz.
Don Cherry, trumpet
Don Moore, double bass
J.c. Moses, drums
Archie Shepp, tenor saxophone
John Tchicai, alto saxophone
Digitally remastered 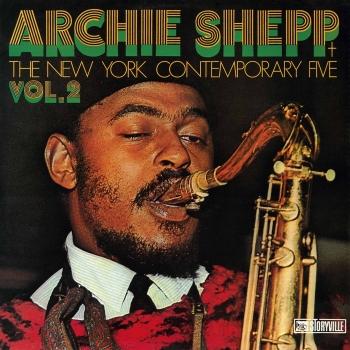 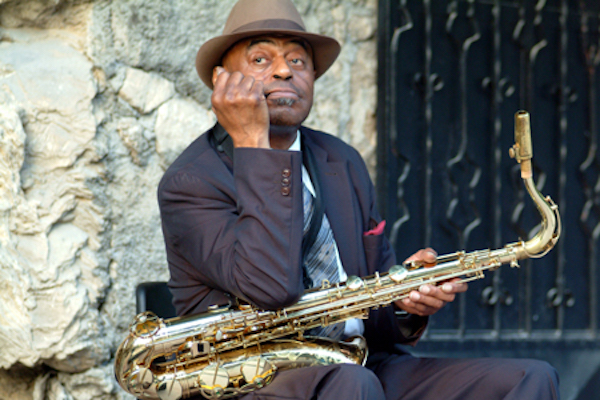 Archie Shepp
has been at various times a feared firebrand and radical, soulful throwback and contemplative veteran. He was viewed in the '60s as perhaps the most articulate and disturbing member of the free generation, a published playwright willing to speak on the record in unsparing, explicit fashion about social injustice and the anger and rage he felt. His tenor sax solos were searing, harsh, and unrelenting, played with a vivid intensity. But in the '70s, Shepp employed a fatback/swing-based R&B approach, and in the '80s he mixed straight bebop, ballads, and blues pieces displaying little of the fury and fire from his earlier days. Shepp studied dramatic literature at Goddard College, earning his degree in 1959. He played alto sax in dance bands and sought theatrical work in New York. But Shepp switched to tenor, playing in several free jazz bands. He worked with Cecil Taylor, co-led groups with Bill Dixon and played in the New York Contemporary Five with Don Cherry and John Tchicai. He led his own bands in the mid-'60s with Roswell Rudd, Bobby Hutcherson, Beaver Harris, and Grachan Moncur III. His Impulse albums included poetry readings and quotes from James Baldwin and Malcolm X. Shepp's releases sought to paint an aural picture of African-American life, and included compositions based on incidents like Attica or folk sayings. He also produced plays in New York, among them The Communist in 1965 and Lady Day: A Musical Tragedy in 1972 with trumpeter/composer Cal Massey. But starting in the late '60s, the rhetoric was toned down and the anger began to disappear from Shepp's albums. He substituted a more celebratory, and at times reflective attitude. Shepp turned to academia in the late '60s, teaching at SUNY in Buffalo, then the University of Massachusetts. He was named an associate professor there in 1978. Shepp toured and recorded extensively in Europe during the '80s, cutting some fine albums with Horace Parlan, Niels-Henning Ørsted Pedersen, and Jasper van't Hof. Shepp continued to tour and record throughout the '90s and '00s. Moving from provocative free-jazz icon in his youth to elder jazz journeyman in his latter years, Shepp has appeared on a variety of labels over the years including Impulse, Byg, Arista/Freedom, Phonogram, Steeplechase, Denon, Enja, EPM, and Soul Note. (Ron Wynn, AMG)