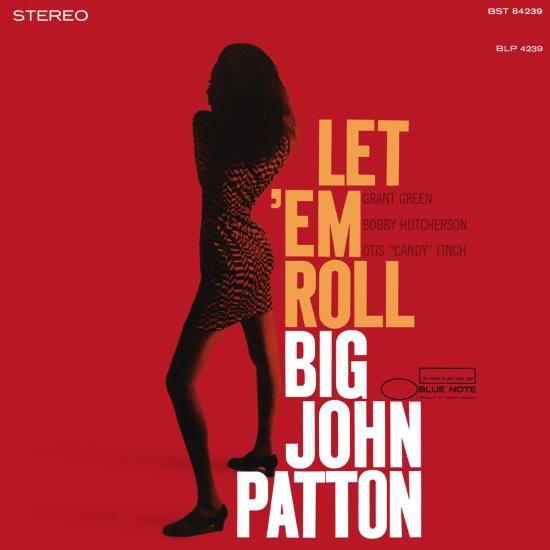 „In an unusual setting for a groove/soul jazz setting, B3 organist extraordinaire big John Patton creates a band around himself that includes Grant Green, drummer Otis Finch, and vibraphonist Bobby Hutcherson. It's truly weird to think of vibes on a groove date, but the way Patton's understated playing works, and the way Green is literally all things to all players, Hutcherson's role is not only a clearly defined one, but adds immeasurably to both depth and texture on this date. What also makes this possible is the symbiotic relationship between Patton and Green. There is a double groove conscious swing happening on every track here, from the bluesed-out slip and slide of the title track which opens the record to a killer version of Hank Mobley's 'The Turnaround,' which expands the blues vibe into solid soul territory because of Hutcherson's ability to play pianistically and slip into the funk groove whenever necessary. Green's deadly in his solo on the track, shimmering arpeggios through Patton's big fat chords and chunky hammering runs. Also notable are Patton's own tunes, the most beautiful of which is 'Latona,' a floating Latin number with a killer salsa rhythm in 6/8. As Patton vamps through the chorus, Green slips in one of his gnarliest solos ever. It begins with a groove like run in the hard bop blues and then shoves itself into overdrive, capturing the cold sweat of a Bola Sete or Wes Montgomery in his groove years. But when Green goes for the harmonic edges, all bets are off: Hutcherson lays out, and he and Patton go running to the bridge and bring the melody back just in time to take it out. This is one of the least appreciated of Patton's records, and there's no reason for it; it is great.“ (Thom Jurek, AMG)
'...When a master like Big John Patton was behind the Hammond B3, kicking out granite-solid bass lines with his feet while drenching the atmosphere with bluesy be-bop lines, pleasure was the inevitable byproduct....' (Rolling Stone)
Big John Patton, organ
Bobby Hutcherson, vibes
Grant Green, guitar
Otis Finch, drums
Recorded December 11, 1965 at Van Gelder Studio, Englewood Cliffs
Engineered by Rudy Van Gelder
Produced by Alfred Lion
Digitally remastered 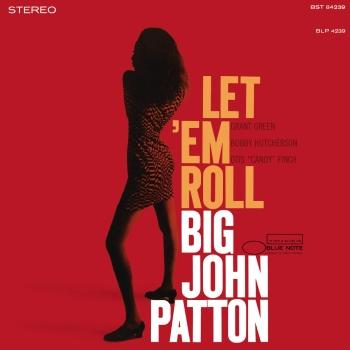 Big John Patton
With the advent of numerous reissues claiming to be the 'Roots of Acid jazz', it might be nice to be updated on those artists (once described as 'Soul jazz' players) who have been so cleverly left out of the marketing mix. Big John Patton has been a prime example of this. Although he may be receiving some residuals from the record companies for his reissues and new entries, I'm not so sure that he's been inundated with new bookings, tours and recording opportunities. He is, after all, one of the most soulful of the organists and can authentically link today's 'Acid jazz' with the golden era of the Hammond B-3. He has fueled such luminaries as Red Holloway, Lou Donaldson, Fred Jackson, Grant Green, Jimmy Ponder and, more recently, John Zorn since his entrance in 1959.
One of the first things to know about Big John is that he's not really 'Big', per se. He may have been heavier earlier in his career but as he explained it to me one time, it was the title of a pop song that inspired the tag - 'Remember the tune, 'Big Bad John'? ... yeah, well, that's what they started calling me and at first I didn't understand it but I love it now. It's just a name; if it's going to help you, then boogie on up in there!'
John was born in Kansas City on July 12, 1935. His mother introduced him to the piano and stressed a fundamental approach to playing which he eventually turned into a self-teaching style. He was inspired by the music he heard in his home town but was eager to move east and find professional work after high school. One night in Washington D.C., he ran into Lloyd Price who was appearing at the Howard Theater and just happened to have been looking for a new piano player. John's audition for Lloyd consisted of playing the introduction to 'Lawdy, Miss Clawdy' before he was given the job. This R&B combo soon expanded as did John's responsibilities and awareness. "I learned everything with Lloyd. I was his 'strawboss' and the leader and he dumped all this on me and that was an experience that I got a chance to deal with". John soon found himself in the middle of issues that challenged his integrity. 'I was dealing with musicians that thought I was 'tommin' or doing whatever Lloyd told me to do...Well, you're damn right I did, 'cause he was paying the money and I wanted the experience and we came together with a lot of it"
John's self-teaching method kept him close to the real musicians; those who he admired and emulated. ml went to the 'University of the Street' and majored in everything I could get to... musically collaborating with the MASTERS!" One of John's most revered friends was Ike Quebec who was an early Blue Note recording star and very helpful in John's recording career. "That's my mentor...he was beautiful. He hipped me to Grant". Surely, Grant Green was one of John's most important musical friends. "Grant is my love...I never heard nobody play the guitar like that brother...Grant started playing when he was about twelve and he was out there a long time. I got a chance to meet his father and his mother in St. Louis. His mother kinda reminded me of my mother...They loved Grant to death...and I was so thrilled that I got a chance to play with him, man, but he was greedy, (like a) Gemini, (but) I was a mule...I didn't care; I sho' learned!" ….